From California to Japan: Everywhere To Be Found 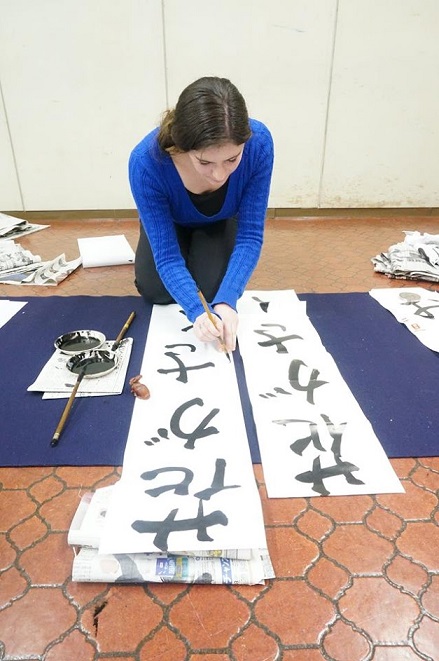 Hi! My name is Kendra and I’m an American! I left California to teach English for a year in Japan back in March 2014 and kept extending my stay until a few years had gone by and I realized I was in love with my life and the Japanese people! I’m getting my American teaching credential soon and when it’s finished I plan to shake things up by teaching in an International School either elsewhere in Japan or somewhere else in the world. Decisions are hard when the whole world is open for exploration!

1.    Why did you move abroad?
Originally I had studied educational systems from around the world to compare them to the U.S. When I heard about working in Japan’s public school system I thought it was the perfect opportunity to fulfill my dreams of long-term travel while also continuing to work in a field that I love. All the signs were pointing to Japan and I wasn’t going to argue! Also, anime and ramen!

2.    How do you make a living?
I work for Interac, a company that places English speakers from around the world into public schools in Japan. I have loved every minute of it! I am based in a Jr. High and one day a week I am loaned out to one of six elementary schools on a rotating basis. About three or four times a year I’m invited to the local kindergarten which is absolutely adorable but is also like herding cats! The kids are awesome--typical young teens with all the amazing sass and attitude that comes with ‘em--and the teachers I work with have made me feel like family since day one. I’m the luckiest person in the world to know them all! Some ALT’s (English teachers) work as private tutors on the side for extra spending money but if you plan well it’s not necessary to support yourself.

3.    How often do you communicate with home and how?
I usually Skype home weekly or biweekly. The time difference makes it interesting but we make it work. I talk to friends over Facebook and visit home every Christmas for about a week and a half.

4.    What's your favorite thing about being an expat in Japan?
The people I’ve met along the way. They have been so welcoming and supportive, always eager to show me the Japanese way of life and to share their culture with me. I love how excited they are when I ask a question about something and how willing they are to help each other out. It’s so much fun to travel with them and I know I have friends for life here. A few of them even brought me litter and kitten food when I found a lost baby cat on the street and started a fund for vet bills and the like! Even complete strangers have given me some amazing memories of Japan that I’ll have forever. And onsen (hot springs). I will never be tired of onsen!

5.    What’s the worst thing about being an expat in Japan?
Being the only foreigner for an hour in any direction is hard. I always get stared at in public and I know that someone is watching every move I make. It’s a small town so word also gets around fast. When I started a garden one weekend my coworkers knew before I’d even gotten to work that Monday! I’m a quiet person and sometimes I miss being able to go to the store for an unhealthy snack and being anonymous.

6.    What do you miss most?
That’s a hard one! I miss my family a lot of course, but we talk often enough it’s not too bad. I do miss Mexican food! Being from southern California we have the really good stuff and when I had to explain to my students what a taco was it hurt my heart a little.

7.    What did you do to meet people and integrate in your new home?
There is an International Association in my town that holds regular events and Japanese classes which are a lot of fun! I met all my neighbors by introducing them to my now famous toaster oven cornbread. Basically I get out a lot and force my quiet self to talk to people, even if it’s just in gestures or a nod and a smile because my language skills still need desperate work.  I try not to say no to any new experiences!

8.    What custom/ habits do you find most strange about your adopted culture?
I don’t know about habits but I remember being unnerved by how quiet it is. Once you leave the hustle of Tokyo it’s so quiet on the streets! Whenever I’m back in the U.S. it takes a long time to get used to how loud it is everywhere and I crave the quiet again! The portion sized also took getting used to. In the U.S. everything is supersized and that’s definitely not the case in Japan.

9.    What is a myth about your adopted country?
That the technology is out of this world! That may be true to some extent in the big cities but out here in the countryside we’re still using blackboards, fax machines instead of email, and the entire school shares one portable TV.

10.    Is the cost of living higher or lower than the last country you lived in and how has that made a difference in your life?
California isn’t cheap compared to other places in the U.S. Japan is pretty similar to living in California price-wise but again, being out in the countryside is a bit cheaper. I would have to say that my cost of living is the same to a little bit less than if I was in California. The farther you get from the cities the less expensive. Beware Tokyo though! It gets pricey if you’re not careful!

11.    What advice would you give other expats?
Have an open mind, try everything, and smile even on the worst days! My friend put it best: “Everyone at home thinks my life is so exciting and amazing even though I’m working and living just like them. But at least I can say that even though I’m only doing laundry today, at least I’m doing laundry in Japan!” 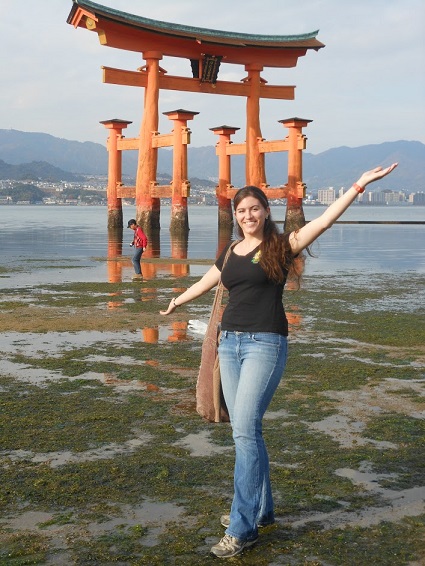 I started my blog when I applied for the job in Japan back in 2013 as a kind of record for myself. I wanted to be able to go back and remember what it felt like at the beginning in case I started getting frustrated or bored with my life in Japan. When people started reading it and commenting that it had helped them or encouraged them I started writing to help others like myself see that if someone as ordinary as me can do all these things, they could too! I love answering questions and I love inspiring people. That’s why I teach and now, that’s why I write.

Kendra's blog, Everywhere To Be Found

To find out more about living in Japan, refer to our