From Canada to Ecuador: Our Road to the Gentle Island and Beyond 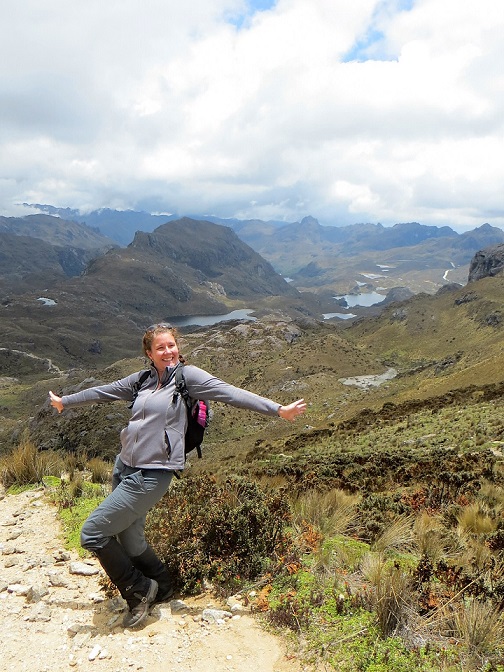 Hullo, I’m Danica, just a regular woman (to be honest I still call myself a girl!) from Canada who has stumbled across a pretty amazing life. I worked in the field of finance and accounting for a good part of my life, as well as being a published poet and novelist. I tend to describe myself as a timid adventurer, but I’m getting braver, the more adventures I go on with my husband. Our general philosophy is that life is short and we should do as much as we can, while we can. This idea has led us to our crazy South American adventure. While we’ve sacrificed a lot to be doing what we’re doing, it’s well worth it.

1.    Why did you move abroad?
A broad? She was in our way…okay, bad joke, but I felt compelled to say it anyway. Seriously, our thirst for travel seems to run unchecked and we wanted to travel further afield, having seen a good part of Europe, Canada and the US. So we decided to make the leap to South America, as we had only visited once and wanted to see more. Our base in Cuenca, Ecuador allows us easy (and less expensive) access to both South and Central America.

2.    How do you make a living?
My husband is retired and I’m mooching off of his pension. I also write novels, but that doesn’t provide a strong income stream. I have done a bit of English tutoring, but that has been more for the experience than the pay and it also helped me improve my Spanish.

3.    How often do you communicate with home and how?
Our family complains about not hearing from us enough, and we always say that the line goes both ways. We keep in touch via phone (we have a Magic Jack) and email mostly, and sometimes we Skype. Emails are sent out weekly and Skype is usually only once a month or so. Of course, Facebook is handy as you can keep up with what’s going on with people daily.

4.    What's your favorite thing about being an expat in Cuenca, Ecuador?
Truthfully, I’m not crazy about the word expat, as Canada will always be my home. We see ourselves more as travelers, but we love the freedom that comes with life abroad. (Ah, there she is again!) We can take as long as we want to enjoy our breakfast, go wandering where we will and generally don’t have anyone or thing to answer to. Being here has also helped us learn a second language and the people are fantastic. The weather is also a bonus, there’s only about a 7 degree (Celsius) temperature variation between the seasons and we’ve dumped all of our winter clothes. We’re also a stone’s throw from a large national park called El Cajas that offers endless trails for hiking and enjoying the Andean wilderness.

5.    What’s the worst thing about being an expat in Cuenca, Ecuador?
If I have to choose something it would be the foreignness of it all. While we have a pretty good grasp of the language now, we still stress out when we need to deal with problems. There are some days where you just don’t want to deal with it – the language, the culture, the not knowing, but we usually get over it fairly quickly. We’ll also never be mistaken for locals, so you have to get used to sticking out like a sore thumb and having shop keepers panic when you enter the store, because they assume there is going to be a communication problem. That’s always half amusing and half daunting. It’s also hard to be living on the US dollar. When we first arrived it was trading at about 97 cents to the Canadian dollar; today it’s at 74 cents. OUCH!! Beside that, everything here is pretty great.

6.    What do you miss most?
Outside of family and friends, we miss the wide selection of international food that we enjoyed in Vancouver. While the food scene here is constantly changing and new things are being introduced all the time, Cuencanos aren’t exactly daring with their food choices. That’s not to say that the food here isn’t good, you just don’t get the incredible selection of foreign flavours that are on offer in Vancouver and other cities with multicultural influences.

7.    What did you do to meet people and integrate in your new home?
We started, almost immediately, with Spanish lessons and that’s a great way to meet people. The building we were renting in had several “gringos” that we got to know quite well, too. A lot of our social contacts came through getting to know our neighbourhood and meeting the locals. We also avoided hanging out in expat “hot spots” to try and immerse ourselves in the local language and culture. As I mentioned, the people here are very nice and they are so patient with poor Spanish and are helpful, even if we don’t know the word for something.

8.    What custom/ habits do you find most strange about your adopted culture?
Their complete obliviousness to noise. Ecuadorians have an incredibly high tolerance for loudness, whether it’s dogs barking, alarms going off, the high pitched squeal of motorcycle engines or truly deafening music. Even the babies don’t flinch during festivals with loud fireworks and the churches celebrate major holidays with something I like to call “boomers” fireworks with no display, just a loud, window rattling bang. Sometimes it seems like they enjoy noise for its own sake. There’s no end of large speakers in shop doorways, usually playing completely different music, even though it’s just next door. They also love car, house and business alarms and don’t seem to worry if one continues to cut through the neighbourhood for half an hour. If you ask most of them, they will tell you that Cuenca is “tranquilo”, meaning quiet. I know that sounds unpleasant, but for the most part we still sleep well at night and are building up a tolerance to the street noise.

9.    What is a myth about your adopted country?
I think the largest misconception is that if you move to a South American country you’ll be giving up “civilization” and your safety. Yet, we actually have conveniences like internet, cable and all sorts of stuff that you’d expect to have in a “normal” country. It is also very safe here, with a lower crime rate than many major North American cities. Of course, crime happens, sometimes even violent crime, but that happens everywhere in the world. Or you might have wanted a literal myth like the Andean Bigfoot (Ukamar Zupai), a mysterious cousin to the Sasquatch of Canada. Bigfoot of the USA and Yeti of Nepal. We haven’t seen him yet, but there are those who insist that he does exist, wandering around the Andes looking for his next meal.

10.    Is the cost of living higher or lower than the last country you lived in and how has that made a difference in your life?
The cost of living is definitely lower than Vancouver. It is what allows us to be retired and travel without having to worry so much about cash flow. That being said, you can’t just come down here and live well for $400USD a month. We try to keep it between $800 and $1000 a month, not including travel or rent. If you want only familiar North American brands plan on spending a lot more – when you can find them. We shop mostly at the local mercados (markets) and have a loyalty card to one of the big grocery stores here. Imported alcohol, electronics and clothes can be expensive, so we tend to stick with Ecuadorian brands when we can.

11.    What advice would you give other expats?
Come with an open mind. Everything is different here; some things are just slightly different and other things are wildly different. The culture here focuses on the family first and individuality isn’t encouraged, per se, so the way they think about things isn’t the same. There isn’t as strong of a sense of urgency and mañana (tomorrow) doesn’t actually mean tomorrow. If you’re thinking about making the leap, come and visit for 3-6 months before selling everything and buying a place, site unseen, and discovering that you can’t adapt to the culture. There have been many “fire sales” here with expats that had to go home because it was all too much. I imagine that that would be an expensive oversight. 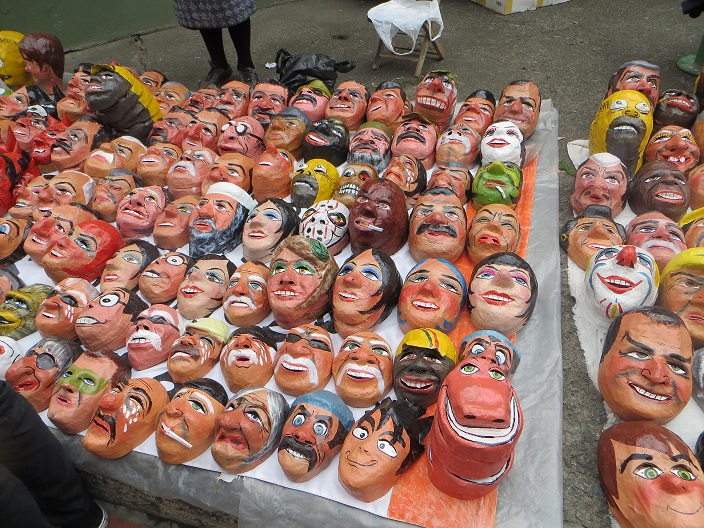 It originally started as a means of communicating with family and friends. We move a lot and it was the easiest way of letting people know where and how we were. Once we arrived in Ecuador it has become more about our travels and experiences in a foreign land.

Danica's Blog, Our Road to the Gentle Island and Beyond

To find out more about living in Ecuador, refer to our