From Germany to Barcelona: iTravel4life 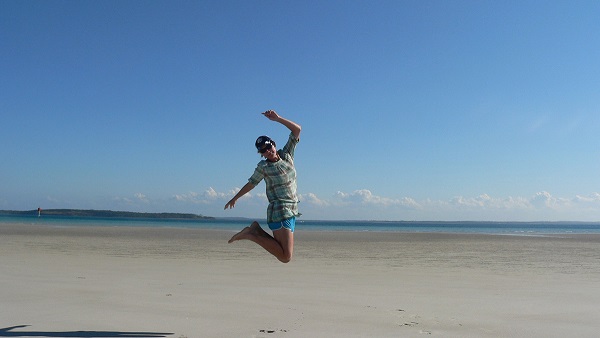 Hi, I'm Ina. As a traveller at heart and expat since 2000, I have lived and worked in seven different countries. My nomad lifestyle has now led me to Barcelona in Spain.

1. Why did you move abroad?
I have always wanted to travel for as long as I can remember. At some point, one month trips weren't long enough anymore and I found ways to stay longer to get to know places and mentalities better. For example I went on an Erasmus exchange program to study abroad in France, and then I wrote my thesis for a company in Liechtenstein. Later on I decided to work in the U.K., Germany, France and Ireland. I have also used a work & travel visa for my stay in Australia and I moved to Spain to live with my boyfriend. Once you start, it becomes difficult to go back home. I'd rather want to explore another new country!

2. How do you make a living?
Every country and its job market is different, so I often have had to adapt to local needs. It also depends on what you want your experience to be like. Do you want adventure in the remote Australian outback or glamorous city life in Paris?

I have always worked to fund my stays, mostly in online marketing, publishing and project management. In rural areas I found work in the equine industry as teacher or trainer. I'd say the most important thing is to speak different languages, have good professional qualifications and never stop trying to learn more ;) For instance, I just finished my masters in online marketing and digital commerce here in Barcelona.
In my spare time I run an expat and travel blog www.iTravel4life.com , which helps me find work in digital marketing.

3. How often do you communicate with home and how?
Communication with my family and friends has changed over the 15 years abroad, but we regularly talk on Skype, Whatsapp or Facebook at least once a month. Spending holidays together is also a nice way to stay in touch with friends and family.

4. What's your favourite thing about being an expat in Spain?
I love Barcelona's sunny weather, which reminds me a lot of Australia and California beach lifestyle. The mountains and the Costa Brava aren't too far away either. People generally seem happy, even though the economic crisis hit hard here. On top of that, it's very international and not uncommon to speak 3 or 4 languages in one day.

5. What’s the worst thing about being an expat in Spain?
It's the constant search for well-paid work with decent career opportunities. Most offers are underpaid, based on limited contracts or freelance work. I guess I have been very lucky so far, but it's been hard work constantly searching for new projects and better options.

6. What do you miss most?
Here in Spain I miss a "normal" professional life. A lot of companies here are not willing to invest in their staff. Many of them don't do a proper induction to train new staff but believe in a "just do it somehow" attitude. It's not uncommon to see insufficiently trained or under qualified managers who are fearful of failing, so work under a lot of pressure and end up micro managing their teams. Therefore work may be fairly inefficient or teams don’t deliver their full potential.

On top of that many employers will only hire you on a freelance basis. You will work at their offices as if you were working on a contract, but they can hire and fire staff without any risks and won't need to pay social security for you. If your contract comes to an end, you won't be able to access unemployment benefits, even though you've been working full time while paying in social security from your side.

There are also lots of companies that offer work based on a 1 year (!) trial period, probably to avoid having to pay employee end-of-contract indemnities.

7. What do you do to meet people and integrate in your new home?
I usually start with language classes, meetup or Facebook groups, socialise with people I meet at work or sports groups.

It really depends on the country – some things might work in one country but not in others. Communicate to friends where you live now, including Facebook. It's not unusual that old friends from home introduce you to "new arrivals": thanks to Facebook I've reconnected with quite a few people that way.

However the best way to mix with the locals and integrate is always to live with them. Renting a shared flat is always a good idea to meet people in the beginning.

8. What custom/ habits do you find most strange about your adopted culture?
Some of the local customs are quite unique for example the Castellers (human towers) or giant's parade during local festivities in Catalonia. They have their own Valentine's Day (St. Jordi) and also follow traditions and customs of other Spanish speaking regions such as wearing red underwear and eating grapes at New Year's.

What I've noticed compared to other mentalities may be that people tend to avoid confrontation. They are very friendly, reserved and hardly seem to lose their patience. I even get the impression they'd rather smile than talk about difficult subjects, or look the other way than having to confront a problem. Having lived in Germany and France where people tend to finger point at problems, this is a little strange to me.

9. What is a myth about your adopted country?
I'll probably go for "Spain was broke". Sure they've been hit hard by the crisis, but it's also crazy to see how many big businesses are being successful here. There definitely is money in Barcelona. I see many international companies moving their marketing, sales and call center departments to Barcelona in order to serve the rest of Europe while taking advantage of low salaries. Jobs are moving here and there is a huge potential to work in a more organised way with increased efficiency.

10. Is the cost of living higher or lower than the last country you lived in and how has that made a difference in your life?
Compared to Germany, the cost of living and salaries are lower. However the relation between both and the local social benefits work out much worse in Spain.
Going out for dinner on a weekly basis becomes more difficult. In fact, most locals here don't even go away for their holidays. Sure we live where others spend their holidays but it definitely has to do with a rather lower income per household.

11. What advice would you give other expats?
Stay positive, adjust your expectations and don't be too hard on yourself if it doesn't work out right away. Try different approaches to making a living, learn the language and mix with the locals. It's WHO you meet and WHAT you do that will define whether you'll feel at home. Sometimes that may require to retrain and to start a new career from scratch. It may be hard work but in the end, you'll be rewarded with new perspectives and ways of life.

In terms of moving to Spain: You are probably in for the nice weather or Californian lifestyle by the sea. You may not necessarily make big money nor take a huge career step – unless you're a startup and in need of cheap and cheerful labour. 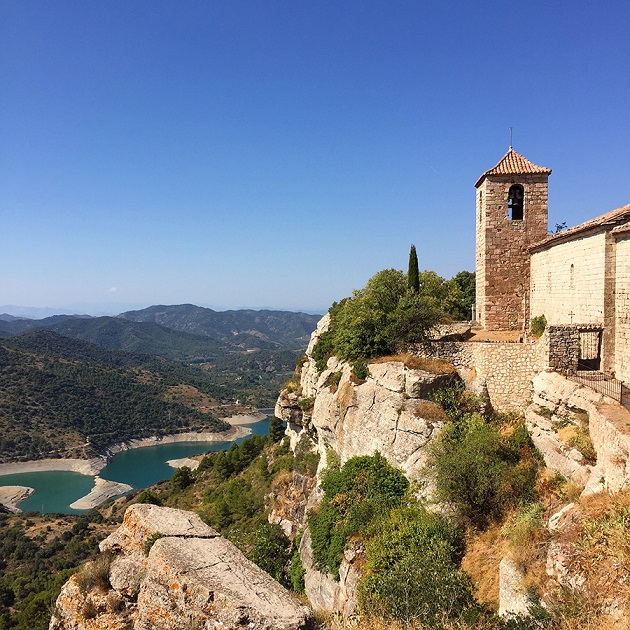 I started my expat and travel blog www.iTravel4life.com about 2 years ago. Originally I wanted to use it as a reference to find work in online marketing.

I am passionate about living in other countries and learning from their cultures and mentalities. When leaving a country I've always taken something positive with me and I'd like to share and exchange my experiences with other expats and travellers.

To find out more about living in Spain, refer to our