From Finland to UK to Canada to Ireland: Terra Incognita 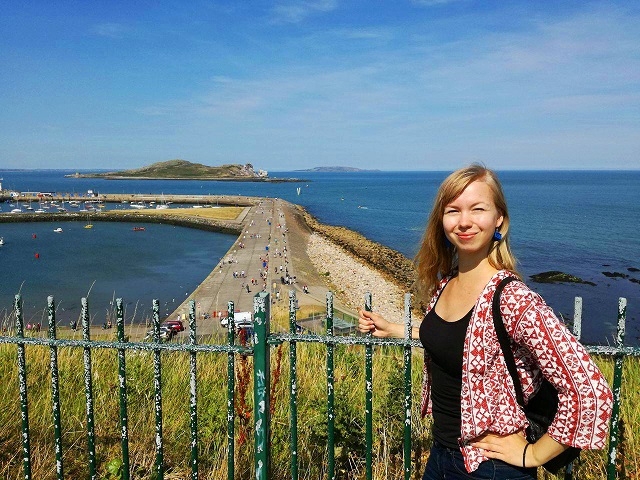 I’m Melissa, a 25-year old Finnish serial migrant hopping from one adventure to another. The past three years I lived in the UK and Canada, and now I call Dublin, Ireland my home.

1. Why did you move abroad?
I originally moved to United Kingdom in the hopes of getting more independent, internationally experienced and, bluntly speaking, away from Finland. However, events took a weird turn when I fell in love with a Canadian on the way - not a part of my plan, really! Starting and maintaining a life with a non-EU citizen has asked for intense compromising and adjusting. Eventually I followed him to Canada, then he accompanied me back to
Europe, to Ireland this time. None of this was actually planned - I was supposed to spend 8 months in the UK, return to Finland and continue my life there. A few years later I find myself in Dublin, still a little baffled, but definitely more independent and internationally experienced!

2. How do you make a living?
I’m currently a postgraduate student in social sciences, specialising in racial and ethnic conflicts, in Trinity College Dublin. At first I tried to apply for a few part-time jobs, with no success whatsoever. Eventually I realised it’s better to just concentrate on reading my 500-page pile of weekly articles and writing papers while ruthlessly exploiting my study loans. Our current plan is to stay in Ireland and seek employment here after graduation.

3. How often do you communicate with home and how?
Quite rarely, to be honest. When I first moved abroad (to UK) we were able to maintain some kind of routine with skyping, but after living abroad for a few years everyone seems to be used to the idea of me being absent. I Skype with my parents maybe once in three months, and use Facebook or WhatsApp to send messages weekly. This lack of chances to speak Finnish causes a lot of weird situations: it’s always slightly awkward when you have to open your mouth and suddenly start speaking your first language after going a solid 3 or 4 months with English only. My friends sometimes point out all my horrible anglicisms and English-
influenced sentence structures when they hear me speak Finnish for the first time in a while.

4. What's your favorite thing about being an expat in Ireland?
Once you get everything settled, Ireland is a lovely country to explore. The nature is breathtaking and highly unappreciated (just Google Cliffs of Moher and see for yourself!), the culture never stops surprising you, and the society is really inclusive to my experience. With all these recent events like Brexit, I feel like Ireland is still willing to welcome its immigrants with open arms. The people are so easy to love. Just remember never to try and copy their accent - it’s not a thing you learn to do overnight, and people are really proud of their local dialects!

5. What’s the worst thing about being an expat in Ireland?
I’m sorry for all the Irish people who might read this, but gosh you can be inefficient! Living in Ireland is like travelling back in time where all necessary information is still sent by snail mail, everything has to be stamped and - the elephant in the room - abortion is still illegal. Ireland seems to love the argument “these things have always been done like this, why change?”. Well how about because it’s 2016 and I would really, really like to receive my booking confirmations by email and maybe do some shopping on Sundays too. Needless to say, be prepared for an immigration process of a lifetime upon arrival! Get those stamps, letters, signatures and five-
leaf clovers ready, because they will be needed.

6. What do you miss most?
I’ve lived in 4 different countries during the last 3 years - at this point it’s impossible to identify just one of them as my “base”. Each of these countries have influenced my identity to an extent where I occasionally feel like a cultural chameleon: I change my habits and way of speaking depending on where I am or who I’m talking to. I can’t point just one thing I miss the most out of all of these countries. I miss the politeness and a sense of class of the British. I miss the extremely friendly and warm nature of Canadians. I miss the way you can be comfortably silent with a Finn without feeling the need to develop small talk to fill the void. As a Finn - stereotypically seen as quiet and reserved - I find it funny how I sometimes miss the absolute lack of personal space of French-speaking
Canadians. The Irish are more like Finns on this aspect, so I look back to those quebecois cheek kisses with a longing sigh! (never thought I’d say that....)

7. What did you do to meet people and integrate in your new home?
It’s fairly easy to meet new people when you’re a student - simply join a society or turn up to a pub crawl, and you’ll meet a bunch of new people. I haven’t been able to meet that many Irish people though - they seem to be a rarity! Most of the people in my entourage are other international students from United States, Germany, United Kingdom and such. I’m starting to believe the Irish only gather to secret pubs we’re not aware of.

8. What custom/ habits do you find most strange about your adopted culture?
Talking with the Irish is like living in a constant cliffhanger. They tend to finish all their sentences with fillers like “alright”, “anyway” or “so”. Like this: “I washed my car yesterday, anyway” / “I really like this juice alright!” / “My window is facing South so.” Don’t wait for them to finish - they won’t. For some reason the Irish accent has developed this strange habit of replacing periods with other words.

9. What is a myth about your adopted country?
The Irish have this reputation of being always merry and always drunk. However, only the latter is actually true. People often believe the Irish are basically like the British with a funny accent, but in reality there’s this weird hunch of melancholy in their culture as opposed to the generally proud and even a bit pompous Brits. Whether it’s a postcolonial trauma, a question of national self-confidence or a constant hangover, the Irish seem like they would need some cheering up. Maybe a bit less Guinness and a bit more pats on the back? The Irish are, in the end, a wonderful bunch of folk who have a fascinating history, impressive ability to push through hardships and, I would say, also the famous luck of the Irish!

10. Is the cost of living higher or lower than the last country you lived in and how has that made a difference in your life?
I moved to Dublin from Québec, Canada, where the cost of living is astonishingly low. I’m pretty sure moving to any big Western European city after that would have come as a shock, cost-wise. However, my old hometown and the capital of Finland, Helsinki, is pretty close to Dublin when it comes to the crazy rental situation - I currently pay 600e/month for a room in a shared apartment 25 minutes’ walk away from the city centre. In Helsinki I would get a studio flat with the same price, and in Québec a 4-room apartment. I was working full time in Québec, so I had to do quite a lot of adjustments to get used to my new, more costly lifestyle with less income.

11. What advice would you give other expats?
Be ready for a crazy amount of aimless running between departments and offices, a lot of mail and little self-motivated people. But above all, stay open: Ireland can be a hard bite to chew at first with all its inefficiency, economic struggles and chronically tipsy people. I’m not going to lie, it’s not a paradise on earth in here. But the Irish are absolutely wonderful, and they will love you to bits if you give them the chance. Never bash the accent and always look in both directions when crossing a road - the traffic can be crazy! And take this from an insider: it’s completely ok to say you hate Guinness, most of them do. 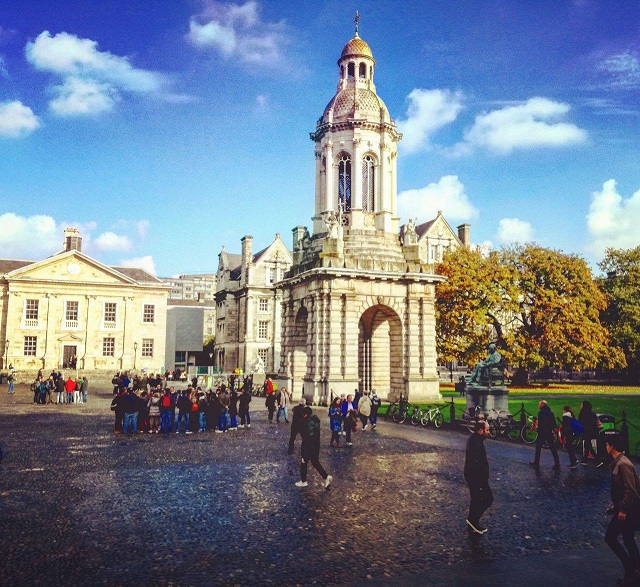 12. When and why did you start your blog?
I started my blog, Terra Incognita, when I moved to Canada in June 2015. I have always been a keen writer, a Lit graduate as I am, and putting the messy, unpredictable life of an immigrant in words felt like a great way to share my experiences with others. The name, “Unknown Land” says it all: as unfamiliar as my new country might be, the real “unknown” comes from all those misunderstandings, struggles, difficulties and eventual accomplishments every migrant faces every day in their life. I wanted other expats to know they’re not alone and I, too, can sometimes feel hopeless in front of my 15-page pile of Canadian tax forms.

To find out more about living in Ireland, refer to our