From Canada to the Czech Republic: Beyond Prague 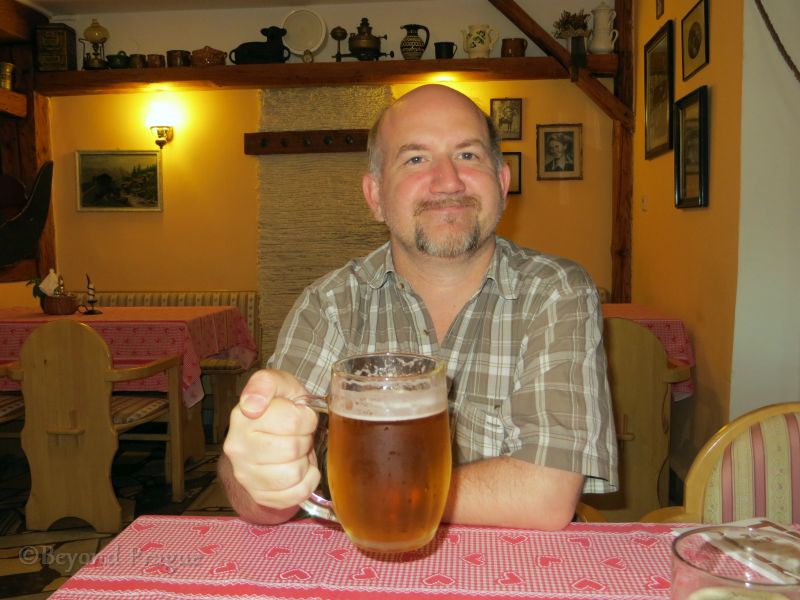 My name is Kevan, I'm orignally from Edmonton, Alberta, Canada. Since 2004, I have been living and working in Brno, Czech Republic.

1.    Why did you move abroad?
Partly romantic reasons, partly career change and partly just to get some fresh perspectives on life.

2.    How do you make a living?
I work as an English teacher. Generally, I enjoy it and the constant opportunities it brings to meet new people.

Typically, language teachers in the Czech Republic who work for language agencies work on business licenses and are, as such, self employed. Being self employed has the advantage of giving one the freedom to easily work for a number of agencies at once as well as take private clients. However, it also makes one responsible for their own taxes, social insurance and health insurance.

Most of my students are adults that I teach in their places of work rather than larger groups in traditional classrooms. I like this aspect as it keeps me a bit active and moving around place to place. Brno has a very good public transportation system and is very walkable in many areas.

4.    What's your favorite thing about being an expat in the Czech Republic?
I like the slightly slower pace of life here.

5.    What’s the worst thing about being an expat in the Czech Republic?
That's difficult to say, life is always changing and the difficulties change with it.

For myself, one of the more frustrating aspects of being an expat in the Czech Republic is that while the Czechs can be quite pessimistic and are given to complaining a lot, they aren't really so enthusiastic about finding solutions to what they complain about. I was once sitting in a pub with a Czech colleague who was complaining quite a lot; I got fed up and finally asked what they were going to do about all tese things they were complaining about. In response, I got what seems to be the stock reply from a Czech posed with that question: “What can one person do about it?”

As a response, it is quite reflective of the lack of cohesiveness in Czech culture. There really isn't much of a sense of community between Czechs; they tend to see themselves as a collection of individuals in their own worlds rather than a collective of any sort.

6.    What do you miss most?
Probably it's the wide open spaces of Canada that I miss the most. Everything is smaller and closer in Europe and it can get frustrating at times if you can't get yourself out of a crowd and into more open space from time to time.

7.    What did you do to meet people and integrate in your new home?
Really, that was done mostly through work and just getting out into society.

I learned some very useful Czech words just by going into shops where I had to ask for things and navigate basic purchases. I spoke no Czech and most of the shopkeepers spoke no English at the time, so it forced some teamwork on everyone's part. You just have to get out there and try working with people.

8.    What custom/ habits do you find most strange about your adopted culture?
Some Easter traditions are a bit strange. One includes boys going around with a special braided stick made of willow boughs and beating their female friends and family members with it to keep them “fresh” for the coming year.

It's meant to be a symbolic, gentle beating; but lots of guys get quite carried away and rough. Understandably, there's lots of Czech women who don't look forward to Easter at all. Generally, this tradition seems to be the territory mostly of young children and nostalgic parents. Most young adults I've met don't partake in it at all.

9.    What is a myth about your adopted country?
There's two big myths that bother me; one is that Czechs are xenophobes and the other is that all Czechs love to drink alcohol, especially beer.

I've certainly met my share of Czechs who had prejudices, but I've met many more that were genuinely interested in life beyond the borders of their homeland and were very well travelled. The Czech Republic is a popular location for foreign companies to set up operations and foreign students to come to study. With as many foreign workers and foreign students as there are in the country, to continue to paint the Czechs with the “xenophobe” brush is ludicrous and disrespectful.

As for the alcohol myth, I meet more and more Czechs who are more selective of the alcohol they drink in both quality and quantity. This seems to be particulalry true of those in their 20s and 30s. The Czech Republic is world famous for beer, but I've met a surprising number of Czechs who dislike it to the point of refusing to drink it. In the area of the country where I am, wine gives beer serious competition. The south east of the country is Czech wine country and you'll see lots of Czechs opting for wine over beer in this area. Additionally, I've met lots of Czechs who choose not to drink alcohol at all. .

10.    Is the cost of living higher or lower than the last country you lived in and how has that made a difference in your life?
That's not really a question I can accurately answer anymore. I've lived entirely in the Czech Republic since 2004 and I'm not really sure how the current costs of living between here and where I'm form in Canada compare anymore.

11.    What advice would you give other expats?
Above all, wherever you go, don't go with too many expectations. Do your research before you go, but don't be surprised if things aren't exactly like your research showed you.

If you go with too many expectations, you open the door to disappointment and pessimism that will only harm your chances of adjusting to the culture.

12.    When and why did you start your blog?
I started in late 2013. Mostly it was to show people that there is more to the Czech Republic than Prague. I had met so many people who had visited the country but not ventured much further than the capital that I felt I should make a place where they could see more.

As time has gone on, I have added sections on the basics of visas and residency, holidays, famous Czechs, Czech made products and a book review section with a selection of books that could be helpful to someone trying to understand and adjust to Czech culture.

To find out more about living in the Czech Republic, refer to our