From the USA to Russia: Coffee + Cleveland 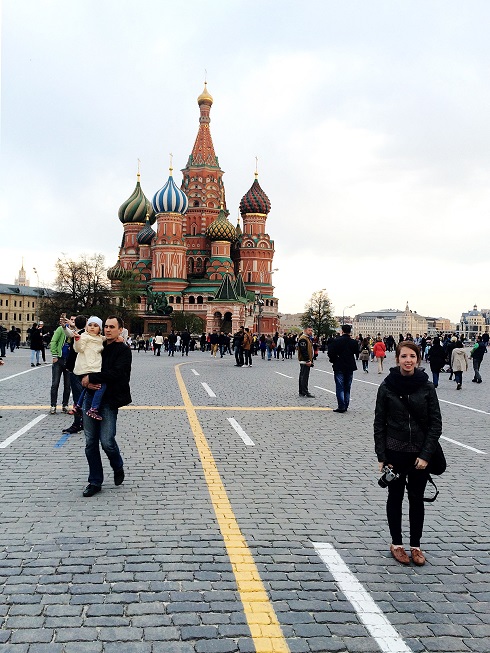 I’m Jasilyn, a Clevelander, who has lived her whole live in the Midwest. At 26, I decided to pack up and move to Ufa, Russia.

1.    Why did you move abroad?
I just finished getting my certification to teach ESL in the United States when a friend asked me if I was interested in working in Ufa. I was working three part-time jobs at the time, so I wasn’t giving up a lot like many travel bloggers you read about. I have always been interested in Russia and learning Russian, so it was a relatively easy decision for me to make.

2.    How do you make a living?
I work as an English teacher, which is the reason I came here. It’s also about the only job you can get if you don’t speak Russian. I am trying to find some freelance work because I don’t make enough money, especially when I have American student loans to pay back.

3.    How often do you communicate with home and how?
I’m not living in a hut in the middle of nowhere so it’s relatively easy to keep in contact with family and friends back home. Social media is great. Unfortunately, my mom is pretty bad at checking her phone, so I don’t talk to her as much as I’d like, but my dad and siblings are good at responding. Sometimes, it’s hard though, especially with people who don’t know how to use the Internet, like my grandma. I couldn’t wish her a happy birthday directly because there is no way for me to contact her.

4.    What's your favorite thing about being an expat in Russia?
I can do stupid things and not worry about how I look. If I do something embarrassing or stupid I just say it’s because I don’t speak Russian or I’m not from here. It makes it so much easier, especially when women are walking down sheets of ice in high heels and I’m slipping in my winter boots!

5.    What’s the worst thing about being an expat in Russia?
I hate the politics between Russian and the USA. I think both countries have assumptions about each other that just aren’t true. I also hate being asked how I feel about Obama or Putin. I don’t think my opinions on either should affect how I am viewed as an individual. Also, Russia is pretty conservative and as a woman you get treated different than men but not in a good way.

It’s also hard to cook here. Since the country is still pretty traditional everything is made from scratch. I try to look online for recipes but most things are ingredients you’d find in American supermarkets not Russian stores.

6.    What do you miss most?
I miss how easy it was in the USA. It’s probably because I was born there and English is my native language, but life is just so easy. You can go to a store and find whatever you need. I also miss my family. It’s hard missing holidays and weddings. Lastly, I miss Mexican food and Dr. Pepper.

7.    What did you do to meet people and integrate in your new home?
I met people through CouchSurfing. Russians love showing off their city so it’s a good way to get to know people and learn about your new city. I’ve also been lucky enough to have some great students who want to take me out and help me experience Russian culture. Finally, I met some other expats, which I found critical when I was going through culture shock.

8.    What custom/ habits do you find most strange about your adopted culture?
There are so many strange things about Russia. Salads are vegetables with mayo. Women wear heels all the time. They never wear street clothes in the house. How unorganized everything is and amount of paperwork work buying a phone is mind-boggling.

9.    What is a myth about your adopted country?
One myth is that everyone drinks, and they drink a lot. It took me several weeks to finally meet someone who drank. Although I have seen more drunks walking in the street, and I think drinking and driving is more common here, the idea that Russians are constantly drunk is a stereotype that isn’t true. I’ve drank more wine in Russia than vodka. In fact, I haven’t had a sip of vodka in the 10 months I’ve lived here.

11.    What advice would you give other expats?
Make friends with the locals but also find other expats. This was my first time living abroad, and I didn’t realize I was going through culture shock when I was. It was nice to have people to vent to when things went wrong or someone who understood what I was going through. 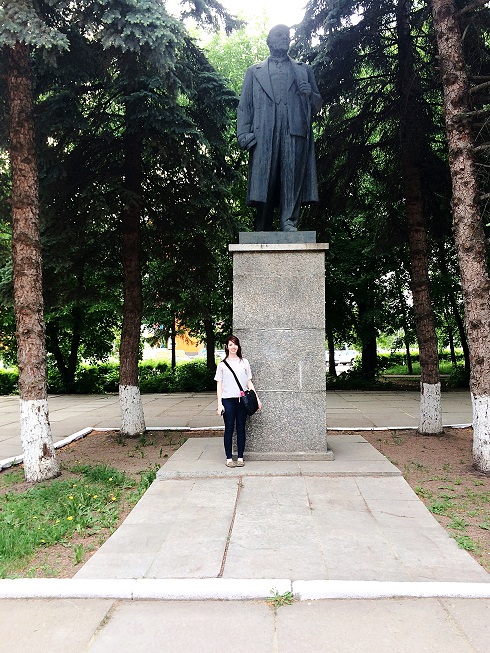 I actually started my blog in 2011 to document my time as a student teacher. I kept it up and wrote about crafting and traveling, but just recently I started updating more often about new travels and living in Russia.

To find out more about living in Russia, refer to our