From the UK to Australia: Kat is Travelling 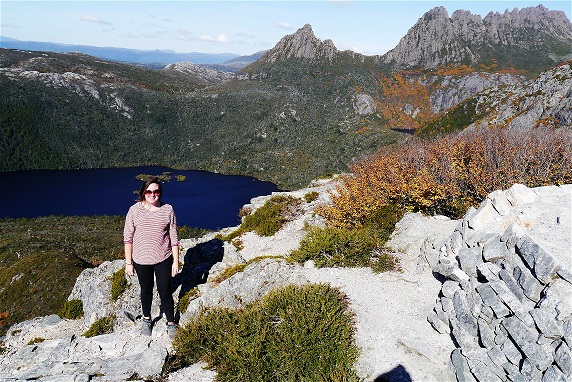 Kat is a UK blogger backpacking around Australia. There's no o-zone and hundreds of creatures are trying to kill you but apart from that she guesses it's alright. You'll find her above or below sea-level trying to balance 3 cameras.

1.    Why did you move abroad?
I’ve always intended to take a year out to travel after university but ended up going straight into a job and then another job until suddenly 4 years had passed and I still hadn’t done it.  I was thinking of leaving my then job and knew that if I didn’t go now when I had no ties or reasons to stay then I might never do it.  I’d always had my eye on Australia and because it’s so far to come from the UK and such a huge country I knew I wanted to spend a significant amount of time here not just come for a holiday.  So I applied for a Working Holiday Visa to stay for at least a year.

2.    How do you make a living?
A condition of my visa in Australia is that I can’t work for one company for more than 6 months so it lends itself to jobs of a temporary nature.  I did some administrative/reception work for a catering company in Melbourne for a few months but that’s really been the only full-time job I’ve had for any extended period whilst I’ve been here. I brought some savings with me and live cheaply but having that job was good to top up my funds.

3.    How often do you communicate with home and how?
I speak to my mum usually weekly via Skype and use whatsapp a lot to keep in touch with my friends back home.
What's your favorite thing about being an expat in Australia?

I love how the main cities are on the coast so you can just pop to the beach on a weekend.  The lifestyle is also much more laid-back in the cities here than in London.  Everyone seems a lot happier and less stressed!

4.    What’s the worst thing about being an expat in Australia?
There definitely aren’t many downsides. I can think of two off the top of my head which are Australian television and the fact that every state has a completely different way of operating their public transport system, which basically means every time I go to somewhere else in the country I have no idea how to even get on a bus.

5.    What do you miss most?
Other than my family, friends and cat, I used to go to the theatre a lot at home so I miss London’s west end.  I also miss the BBC haha!

6.    What did you do to meet people and integrate in your new home?
I travelled over to Australia with a travel company on a flight with 30 other people doing the same thing so I spent some time with them initially and although we all went our separate ways we managed to meet up whenever we’re in the same cities and we keep in touch.  I’ve also met people by staying in backpacker hostels and going on day trips here and there.  I lived on a farm for a couple of weeks and met some people there.  Really there are people everywhere you go, sometimes it feels like you’re never alone!

7.    What custom/habits do you find most strange about your adopted culture?
In Australia they sell alcohol in a separate shop to the supermarket (usually located next door) and yet they have no rules on swearing on the radio or television other than to give a language warning… even if it’s the middle of the day!

In some places in Australia it’s also totally acceptable to go to the pub without shoes.  Some bars even have signs saying “no shoes no service”.

8.    What is a myth about your adopted country?
That it’s always hot here.  That’s true in some places but it gets cold in the winter down south and it definitely rains.  Melbourne weather is actually pretty similar to the UK weather!

9.    Is the cost of living higher or lower than the last country you lived in and how has that made a difference in your life?
The cost of living is lower here than in London. As with all countries it’s higher in the cities than it is out in the smaller towns but it’s still lower than London prices.  The rate of wages is also in line with the cost of living here so if you’re out at work earning money you can sustain a pretty comfortable lifestyle in Australia.  It’s not like that in the UK.

However you do see a lot of homeless people on the streets in the cities here, a lot more than in London, which surprised me a lot when I first got here!  It doesn’t necessarily mean there are more people struggling with finances but there are no shelters or places for them to go unlike in the UK so they end up on the streets.

10.    What advice would you give other expats?
If you’re thinking of moving abroad and you can’t think of any reasons to stay then take that as a reason to go!  Living in another country is such a great experience.  Not only do you get to learn about the history and culture of a new place but you meet so many interesting people and if anything it really helps you to put things in perspective.  Being in such a huge country having come from such a small one has really changed my perception of myself in the world.

I started my blog in December 2015.  I’d been in Melbourne for about a month and just moved into my house-share so it was the first time I’d had a base with stable internet connection.  I was also looking for a job at the time so I was trying to find something to occupy my days with.

To find out more about living in Australia, refer to our