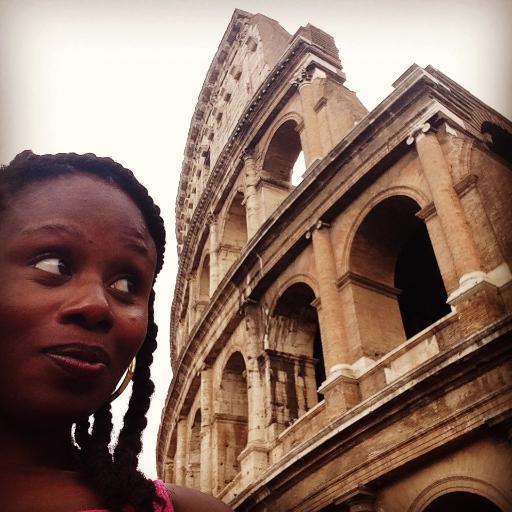 My name is Nadine, but I also answer to my middle name Elaina, which sparked my site Elainaslane. I moved to South Korea in February 2013 and I still love it!

1.    Why did you move abroad?
I’ve always wanted to travel around the world, but the job I held at the time could hardly afford me to buy a bus ticket never-mind buy a plane ticket out of the country. So, I decided the best way to travel was for me to live and work abroad.

2.    How do you make a living?
I am a TEFL Teacher at two great elementary schools.

3.    How often do you communicate with home and how?
Luckily for me I am able to communicate with my loved ones almost every day. Mother dearest wouldn’t have it any other way! We live in a time that communication is so easily accessible and I’m taking full advantage of it.

4.    What's your favorite thing about being an expat in South Korea?
Besides meeting new people and trying new foods, I love the ability to start over. Don’t get me wrong, my life was great in all the other cities that I’ve lived. It’s just something new and exhilarating about starting afresh.

5.    What’s the worst thing about being an expat in South Korea?
Starting over can be exciting but can also be very scary especially when you’re going solo.  I’ve had bouts of homesickness in almost every new city that I’ve moved to. In addition, getting to know the new language can be difficult and miscommunication abounds.  My first year of moving to South Korea was difficult because I didn’t know a word of Korean.  Taking language classes helped a great deal, but those first months consisted of a lot of charades and Google translate.

6.    What do you miss most?
Before I moved to Korea I lived in Edmonton, Alberta. Two things I really miss most about living there are:

7.    What did you do to meet people and integrate in your new home?
The best way to meet new people was to join different groups that I found through Facebook and to participate in social events.

8.    What custom/ habits do you find most strange about your adopted culture?
The first habit that I found strange was the fact that many people don’t say “Excuse me” when trying to pass you. The person usually pushes you out of the way. The first several times that this happened to me I wanted to tell them how rude they were being.  However, I was told by my good Korean friend that it wasn’t meant to be disrespectful. In fact, Korea just happens to be overly populated and there isn’t much room, so having to say “excuse me” every time can become quite tedious. Therefore, people just understand that it’s inevitable that you’ll bump into a few (dozen) people. No harm, no foul.

9.    What is a myth about your adopted country?
I’ll admit that before I moved to Korea I didn’t do extensive research but some things that kept coming up from well-meaning friends was that Korea was at war and people lived in constant fear.  While North Korea poses a threat to the world South Koreans typically don’t live in fear and go about day-to-day activities with a peace of mind that the government is doing everything in their power to protect them.

10.    Is the cost of living higher or lower than the last country you lived in and how has that made a difference in your life?
The cost of living is much cheaper here in South Korea than it was in Canada. I’ve been able to save a great deal.

I started my blog late last year as an attempt to share the information that I came across with others.  Plus, family and friends back home were always asking me what I was up to. This way everyone can see my recent escapades and hopefully laugh/cry/learn along with me.