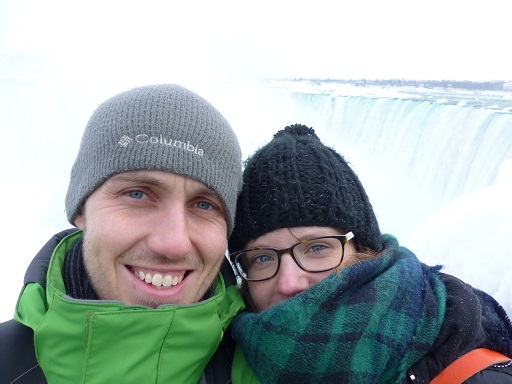 We’re Emma and Stewart from Cambridge, England now living in Toronto, Canada. We like chocolate, pizza and our foster cats. Since living in Toronto, we’ve discovered a liking for poutine and beaver tails, whilst also developing a keener appreciation for the coming of Spring!

1.    Why did you move abroad?
We love travelling and liked the idea of living somewhere else for a bit and really getting to experience a new way of life so we looked into Working Holiday visas. The options were limited really to Canada, Australia and New Zealand. Canada offered lots of things we like when going on holiday: the great outdoors, mountains, lakes and wildlife with the added advantage of being that bit closer to home. Every single person we know who has visited raved about it, so we always knew we’d have a great time.

2.    How do you make a living?
We both work full time in the sustainability industry.  Stewart applied for a job in Toronto shortly before leaving the UK.  Two months later, whilst in Vancouver, he heard back and was interviewed over Skype.  The second interview was in Toronto, and so we had to fly back across the country.  Fortunately he got it!
Unfortunately, it took Emma 9 months to get a job that is properly in her field of work.  The job market in Toronto is competitive, and when you have little Canadian experience, it makes it just that bit harder.

3.    How often do you communicate with home and how?
We’re usually in contact with someone from back home via iMessage, WhatsApp or Facebook Messenger on a daily basis!  Writing a quick message on your phone, and sending photos, is easier than sitting down in front of a laptop and it really doesn’t feel like you are that far away.

Skype and/or FaceTime are obviously another great way of keeping in touch, although clearly on a less frequent basis. You just have to find a convenient time given the 5 hour time difference between the two countries!
We are lucky that our respective parents both visited last year and other family members and friends have plans to visit us in 2016. Showing our family and friends around our new city has been a lot of fun and they appreciate having a local tour guide too!

4.    What's your favourite thing about being an expat in Toronto?
There is always something going on in Toronto, whether it’s a food festival, a pop up market or even an Indy Car race. We have never been bored and our bucket list continues to grow faster than we can cross things off! There’s plenty of opportunity to explore the outdoors too. In this past year we’ve been stand up paddle boarding on Lake Ontario, ice skating, biking on lots of the trails and explored the network of ravines.
Over half of the population was born outside of Canada too so we don’t feel like the odd ones out at all.

5.    What’s the worst thing about being an expat in Toronto?
Having to repeat our order several times whenever we’re out because no one understands what we say, despite the fact that we speak the same language. It can get pretty frustrating! Stewart has twice been caught out at Canadian staple, Tim Hortons, when ordering something as simple as a maple doughnut. It’s Canada, so maple is a national symbol, and Tim Hortons equals doughnuts. So how can this order for a maple doughnut get so misunderstood…twice!?

6.    What do you miss most?
Family and friends is obviously a big miss for us.  However, we’re lucky to have met new friends, whilst also keeping in touch with old friends (and of course family!) back home.

Oliver and Sebastian, our two pet gerbils, which we had to leave in care of a friend, are greatly missed. We have partially filled the rodent sized holes in our hearts by fostering cats.

Certain food items are also greatly missed.  Emma is a chocolate connoisseur, and the readily available chocolate here is not up to her high standards! Also, when a can of Canadian baked beans says ‘British style’ it really isn’t.

7.    What did you do to meet people and integrate in your new home?
We’ve just got out and about as much as possible, trying new things and meeting fellow Brits and bloggers at various meet ups. Facebook and Meetup.com are both great ways of meeting people who have similar interests. Canadians live up to their reputation of being friendly, and having an accent makes for an instant conversation starter, even if most of them do think we’re Australian!

8.    What custom/habits do you find most strange about your adopted culture?
You can only buy alcohol from the government owned liquor and beer stores in Ontario, which when coming from a country where you can buy alcohol from almost any shop is very weird! At the end of last year it was announced that beer would start to be sold at some grocery stores but limited to just a few.

9.    What is a myth about your adopted country?
That Canada is freezing cold all-year round.
Summers in Toronto are hot and humid, and aren’t over in a flash.  You honestly need two completely different wardrobes, and as a newcomer it is difficult to believe that the ‘summer Toronto’ and the ‘winter Toronto’ are the same place.

10.    Is the cost of living higher or lower than the last country you lived in and how has that made a difference in your life?
It’s really hard to say, we find food at the grocery store to be much more expensive but then things like fuel and public transport are a lot cheaper. Our rent works out about the same as what we would pay back home but our mobile phone bills are higher. The most frustrating things are when we have to pay for things that would be free in England like banking. All in all, it probably evens itself out and it hasn’t made a noticeable difference on our lives – we’ve still managed to save up enough to fit lots of travelling in!

11.    What advice would you give other expats?
Make the most of your time away and experience as much as your new culture and environment as possible. It’s tempting to just get stuck into your usual routine, or for hibernate in winter, but getting outside and meeting the locals is a lot of fun and makes for a much more rewarding experience. 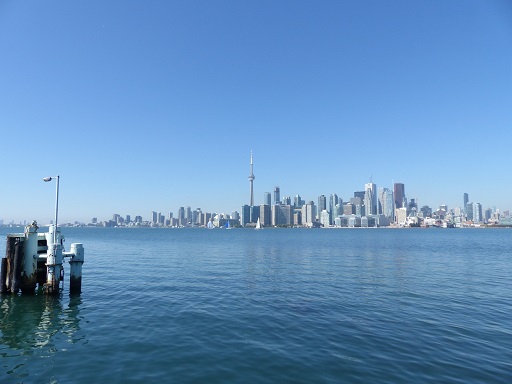 Before leaving the UK, other blogs had been a source of inspiration and a useful resource in terms of planning.
So, our blog was our way of making a similar effort whilst also keeping family, friends and two pet gerbils back home up to date with our travels across Canada.  I think we both quickly realised that we enjoyed writing it, displaying our photos and telling a story.  Receiving engagement with readers is also rewarding!