From France to Canada to around the world: Correr Es Mi Destino 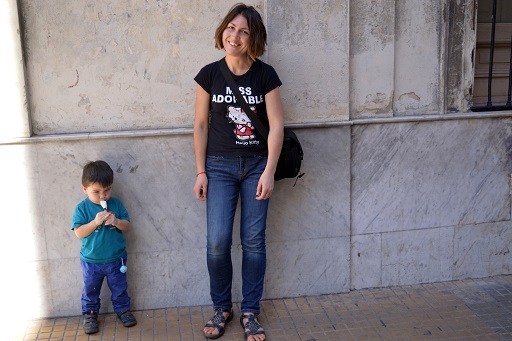 My name is Juliette but you can call me “Zhu”, my Chinese name. I am one of these people who drag a battered backpack all over the world. Yes, there is a Canadian flag on it—I adopted this country as my new home in 2004.
I was born and raised in France and when I am not traveling the world, I live in Ottawa, Canada, with my husband and our French-Chinese-Canadian son.

1. Why did you move abroad?
It was a three-step process: 1) Travel around Latin America with a Canadian backpacker 2) Fall in love with said backpacker 3) Start a new life in Canada with him!

More seriously, I was born and raised in France and I caught the travel bug at the age of 16, when I spent a summer session in a university in Beijing, China. After I graduated from high school, I said “au revoir la France!”. Over the past 15 years, I worked in Hong Kong, backpacked all over Central and South America, South-East Asia, Australia, New-Zealand, China… and chose Canada as my home base, because everybody needs a home, somewhere!

2. How do you make a living?
I work as a freelance English-to-French translator and a bilingual copywriter, editor and proofreader. I am a word nerd and I love my job.

I worked as a French teacher for a few years, then I was a translator for various public sector organizations in Ottawa. Ultimately, I decided to go freelance in 2011. This strategic move allows me to work in different fields and play different roles, not to mention the flexibility is amazing.

3. How often do you communicate with home and how?
All my family still lives in France, and I call my mum about once a week on Skype. We still use physical mail a lot and we often send each other little packages, postcards, etc.

I have been gone for a long time, over fifteen years, so I do not have many friends with whom I communicate on a regular basis. We email for big news or I get in touch when I travel to France.

4. What's your favorite thing about being an expat in Canada?
I love the fact that, precisely, I am not an expat—I am Canadian! I appreciate the fact that even though the immigration process was tedious and stressful, I was eventually given the opportunity to become a full-fledged Canadian citizen. I was officially sworn in to citizenship during a ceremony in 2009 in Ottawa.

5. What’s the worst thing about being an expat in Canada?
After my son was born in 2012, I found myself wishing that my family was closer. The past few years have been rewarding but brutal. We never get a break. We can’t really ask my parents to come over for the weekend and help out! I see the difference when we travel to France for holidays. Life is so much easier when you can share “babysitting duties”.

6. What do you miss most?
I miss cities bustling with activity, crowded pedestrian streets and street life in general. Canadian cities are fairly quiet by world standard and people are more private—they tend to entertain themselves in the privacy of their home, holding BBQ parties, etc. In Fra

7. What did you do to meet people and integrate in your new home?
I am a terrible example, I felt very lonely (and I was!) for the first few years I was in Canada. It got better after I obtained my first work visa. Once I started working, I met new people and fit better into Canadian culture. I did not speak much English when I first came and I felt very isolated.

8. What custom/ habits do you find most strange about your adopted culture?
Canadians wearing shorts when it is around 0°C. I get it, single-digit temperatures are much warmer than sub-zero temperatures, but come on!

9. What is a myth about your adopted country?
Except for Nunavut, the northernmost territory, the weather is very hot during summer and early fall—like 40°C hot. We barely have any spring, though. You go from wearing snow boots to wearing sandals in a matter of days!

10. Is the cost of living higher or lower than the last country you lived in and how has that made a difference in your life?
When I first came to Canada in 2002, I found the cost of living generally lower than in France. It is higher than it used to be now, but I still find that life is cheaper than in most European countries.

11. What advice would you give other expats?
Be curious and open-minded! Strange customs will often eventually make sense if you see life from another perspective. And remember that you do not have to adopt every single new tradition—observe, understand and then decide if it’s for you… or not! 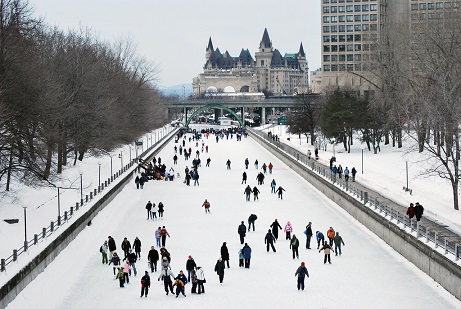 I started www.correresmidestino.com in 2005 because I find cultural differences fascinating. I have been chronicling life in Canada and life on the road when traveling for the past ten years now, and you are more than welcome to stop by!