From New York to Seoul: Runaway Bunny in Seoul 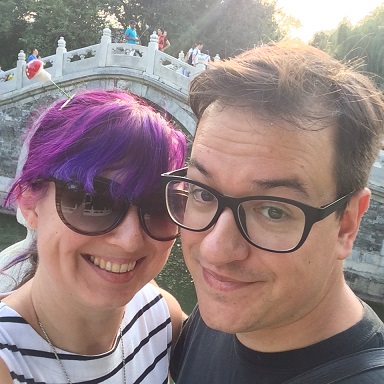 1. Why did you move abroad?
While my husband was in business school he received an offer from a Korean company. After a lot of discussion, talking with people who had done the program he’s doing now and talking to friends who had taught in Korea, we decided the opportunity to live abroad and easily travel around Asia wasn’t one we wanted to miss.

2. How do you make a living?
After being a full time baker or pastry chef for the last ten years with pretty much no paid time off either for vacation or sick days, I am on sabbatical. My husband’s employer pays our rent so we’re lucky to be ok as a single income family right now. I have occasionally done some freelance work both doing recipe development/menu consulting and custom cake and pastry orders but mostly I spend my time reading cookbooks cover to cover, enhancing my knowledge of pastry around the world and working on my own recipes. Also, walking our two huskies, those dogs have endless energy.

3. How often do you communicate with home and how?
Sometimes I’m in contact with friends and family at home a lot, sometimes sporadically. A lot of my family is on facebook or instagram and they know where to read my blog and find me on twitter. From time to time I FaceTime with family or friends.

4. What's your favorite thing about being an expat in South Korea?
Clean public bathrooms! Maybe this is just an American thing, but public bathrooms all over the city and in subway stations that are open and clean is a novelty to me and I love it. There’s also a lot of well maintained parks and green spaces.

5. What’s the worst thing about being an expat in South Korea?
As an asthma sufferer, I have to go with Seoul’s poor air quality. A few weeks ago we had a bad bout where there was a whole week where the air was actually worse than in Beijing! In Korea the poor air quality is always blamed on pollution blowing over from the Gobi Desert and China but recent studies have shown that China is only partially responsible, it’s actually South Korea’s extensive number of coal power plants that are mostly to blame and unlike most countries, South Korea isn’t moving away from coal power, they’re actually planning on building more plants.

6. What do you miss most?
Easy access to quality ingredients with which to cook and a variety of produce. I grew up and have lived as an adult in California and New York and have been super spoiled with always having access to farmer’s markets and a lot of different types of produce. In Seoul we do get a CSA (community supported agriculture) box but sometimes in the winter it will have things like three different varietals of cabbage! We also get cabbage in the Summer. We consider buying broccoli, asparagus or fresh green beans a splurge and a special treat and don’t even talk to me about kale.

7. What did you do to meet people and integrate in your new home?
We are very lucky in that my husband started a program with about 50 other expats at the same time, eight of whom were in the same class as him at Business School. Us spouses got together and did things like cooking classes at the Korean cultural center, went to the kimchi festival and took another Korean class along with the one my husband’s employer offered.

8. What custom/ habits do you find most strange about your adopted culture?
After the Korean War, the country was in pretty bad shape, since American GI’s had SPAM it became a symbol of wealth and it was highly prized because it was a form of protein that wouldn’t go bad when there wasn’t much food to go around. So around major holidays like Chuseok (Korean harvest holiday) or Seollal (Korean Lunar New Year) SPAM gift sets show up everywhere! My husband even got one from his employer this last Chuseok. I’m pretty sure it’s still sitting in his office since in America SPAM definitely isn’t prized or a symbol of wealth.

Less of an odditiy and more of annoyance is that we’ve gotten two huskies since we’ve moved to Korea (one is a rehomed rescue and the other is just rehomed) and pet ownership in Korea is a really recent thing so people whistle or cluck at our dogs all the time and then when I bring the dogs over to meet the person whistling the person will often look confused or terrified! Why are you whistling at my dog if you don’t want its attention?

9. What is a myth about your adopted country?
Koreans eat dog. This isn’t entirely a myth because you can still find places that sell dog soup for the dog days of Summer if you really want to and there are still dog meat farms and markets but the average person isn’t looking at my huskies and thinking “oh what a tasty meal”.

10. Is the cost of living higher or lower than the last country you lived in and how has that made a difference in your life?
I’m going to do this by city instead of country because cost of living varies HUGELY depending on where you live in America and from what I’ve read about people’s experiences living outside of Seoul, it also varies hugely here. There are a lot of different ranking systems but solely is always in the top ten for most expensive cities for expats and New York is actually down around number 30! Taking the expat aspect out of the mix, Seoul has gone from being the 50th most expensive city in the world to knocking Tokyo out of the top ten in the last five years. I’ve also recently read reports that Seoul is the most expensive for food, which I definitely believe. There are a lot of foods I don’t buy at groceries near me and travel all the way to Costco (an American wholesaler) to get. The Costco in Korea is actually the highest grossing in the world!

11. What advice would you give other expats?
Join expat networking sites. Find out about facebook groups for expats in your city. Don’t be afraid to ask people that have been in the country longer questions that you might think are silly or stupid, chances are, they probably also arrived confused about not being able to find top sheets or which trash bags were the correct ones for your city’s elaborate recycling sorting system. 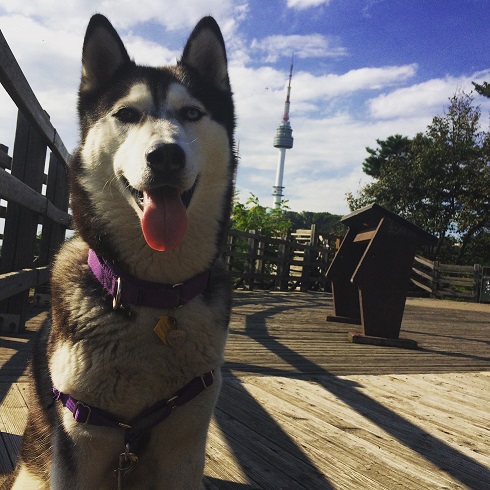 I’ve alternated between being a personal blogger and a food blogger for about 7 years but I started my current version of my blog when we moved to Korea. I knew I was going to be changing focus moving abroad (and sometimes the things you wrote at 22 aren’t the same things you want strangers to read at 29) so I decided it was time for a new design and a clean slate. As a personal blogger, a lot of my friendships that started online turned into some of my closest, most valued real world relationships and I was hoping to find (and have found) another online community for this new stage in my life.