From Brisbane to Bogota: Sarepa 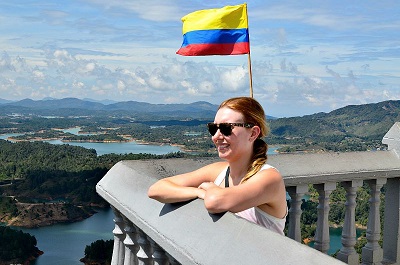 My name is Sarah Duncan, but people call me Sarepa (I'm addicted to arepas). I'm from Australia, but split my time between Brisbane and Bogota, Colombia.

1. Why did you move abroad?
The first time I decided to live in Colombia was after many years of travelling to the country. I had fallen in love with the place through the work of famed Colombian author Gabriel Garcia Marquez and wanted to live out my own dream of living in Colombia and writing about my own experiences. I made that decision in 2012 and was shocked by how my parents reacted. "Thank goodness!" my mum said. "You've been wanting to do that for ages!"

2. How do you make a living?
I'm lucky enough to have a job that allows me to take my work with me, no matter where in the world I am. I'm a writer and also teach people how to blog through my online courses. I also work for a variety of online publications and travel magazines which means I can continue to fund my travels. I know, I'm still pinching myself.

3. How often do you communicate with home and how?
Travelling abroad now, compared to travelling abroad 10 years ago (when I lived in Spain for a brief time) is totally different. Now I can ring people across the world using my smartphone, I can Skype chat and wave at the family dog from the airport departure lounge if I really want to. There's a real interconnectedness that comes with that, and it can bring you out of that awful homesick feeling. But I also think it takes away from experiencing what it's really like to live on the other side of the world.

4. What's your favorite thing about being an expat in Colombia?
There's such a thriving community of creatives in Bogota and it’s wonderful to learn from them and be a part of that. If I hadn’t decided to take a chance to live in Colombia, then I never would have had the opportunity to see my name in print alongside some of my favourite writers, either. Earlier this year I was asked to contribute an essay to a book called "Was Gabo an Irishman?" all about people's experiences of Gabriel Garcia Marquez and his work while living in Colombia. It's one of my proudest achievements.

5. What’s the worst thing about being an expat in Colombia?
Like being an expat in any country there are some difficulties, but in Colombia simple tasks like talking to phone companies and signing a lease can be drawn-out near impossible things to organise. That, along with the language barrier, made for lots of face-palm moments that were more painful than pulling teeth.

6. What do you miss most?
When I'm in Bogota I miss the peace and quiet of Brisbane, the reasonable traffic and the clean air. But when I'm in Brisbane I miss the chaos of Bogota.

7. What did you do to meet people and integrate in your new home?
I think blogging really helped me connect with people. I got the chance to travel the country and go to different events, and eventually you see familiar faces and get introduced to people and all of a sudden you're part of a community. Getting amongst it in social circles is a must, too. There are loads of events around Bogota that both locals and expats go to, which is a great opportunity to meet people. It's so important to make friends with locals, because often expats eventually pack up and move on. Actually, some of my best friends in Colombia I met in Australia while they were learning English in the country. I guess, it's just a matter of being open to meeting new people no matter where you are in the world or what situation you're in.

8. What custom/ habits do you find most strange about your adopted culture?
One of my favourite customs that I noticed in Colombia, which still gives me the giggles, is when people do what I like to call 'the bus-seat hover' on public transport in Bogota. When someone gets up from their seat on the bus, instead of a standing passenger sitting on that seat straight away, they hover over it, waiting for the warmth of the other person's butt to go. Apparently if you sit on it right away, you get butt pimples. Something I had never heard of before, but it still gives me a giggle just thinking about it.

9. What is a myth about your adopted country?
Oh, you know! That Colombia is outrageously dangerous and full of drug cartels and kidnappers. There are elements of danger in Colombia, sure, like any country, but the stereotypes are out-of-date and, to be honest, I think it’s time to change that narrative.

10. Is the cost of living higher or lower than the last country you lived in and how has that made a difference in your life?
You know what, the cost of living in Colombia isn’t actually that low, or at least not as low as people probably expect. Certain things are actually more expensive than they are in Australia. But, in saying that, you can experience the country very cheaply through travel, but travelling to Colombia and living in Colombia are two very different things. If you’re earning the local minimum wage and have to pay for rent, groceries, a mobile and internet, those costs add up very quickly and the minimum wage doesn’t reflect that.

11. What advice would you give other expats?
Have fun! People decide to live abroad for all different reasons, but if at the end of the day you’re not enjoying yourself, what’s the point? I would also say, use the experience to learn as much about yourself and the people around you as possible. We’re so different yet similar all at the same time. 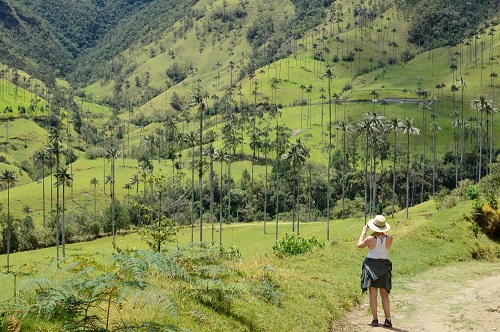 12. When and why did you start your blog?
After a few years and a couple of trips to Colombia I realised I was learning and experiencing things in the country that other people might want to read about and learn from. I was making observations and learning new things and I really wanted to share that with people who were also thinking about heading to the country. I also wanted to show another face of Colombia. Every time I had visited the country, or told people I was going there, I was faced with comments of shock, worry and concerns for my safety. So the blog was also a way for me to share my love of Colombia and invite others to experience it for themselves.

To find out more about living in Colombia, refer to our