From Pittsburgh to Seoul: Willful and Wildhearted 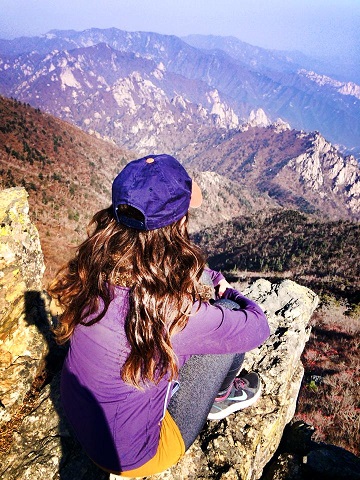 I’m Laura. I’m a 27-year-old Pittsburgh-native living in Seoul, Korea. I like pizza, Chuck Norris jokes and the band Phish.

1. Why did you move abroad?
I decided to seriously move abroad after a series of traumatic events in my life. I had always contemplated the idea of teaching or volunteering abroad, but the timing was never right. Within a year’s time, my brother died, my grandmother died, I was the instigator in a necessary yet traumatizing end of a relationship and I suddenly became jobless. So like any sane human being, I decided I needed to find somewhere to heal, far
away from any friends and family. I enrolled in a TEFL practicum and moved to Seoul, Korea a few months after the madness ended.

2. How do you make a living?
I am a kindergarten teacher at a private English immersion academy. It was certainly a change from anything that I had ever known, but it has easily been one of the best decisions I’ve ever made. Since my classes are small, I’m able to witness all of the changes and progress my little ones make.

When I started teaching them in March, they couldn’t do much besides write their name and a few words. However, today they were able to write three sentences all by themselves – it’s such a satisfaction to know that I had something to do with it.

3. How often do you communicate with home and how?
It depends on who is available at what time, but I’d say I speak with loved ones via Skype at least once a month. I speak to friends back home through Facebook chat all the time as well as Kakao, which is Korea’s own version of applications such as What’s App and Viber.

4. What's your favorite thing about being an expat in Korea?
I love that I haven’t really had to be stressed about money. Although I haven’t had the best experience with the medical system here (one example: a doctor began to suture my finger without anaesthesia), it’s extremely affordable which is unheard of for us Americans. I also enjoy the comforts that I get while living here: my apartment is paid for, my utilities are cheap and the public transportation is incredible.

Korean people are incredibly kind and giving to strangers. It’s common to share everything in this country, which is definitely something I appreciate.

5. What’s the worst thing about being an expat in Korea?
I don’t know if there’s anything that I would classify as the “worst,” as it’s just different. However, it can be difficult to communicate with Koreans sometimes as our way of thinking is quite different. Everything in Korea is done last minute and without any sort of planning, so it can be incredibly confusing. I’ve become used to functioning in the whirlwind that is Korea, though.

6. What do you miss most?
If I’m being totally honest, I really miss Chipotle burritos. I miss Sour Patch Kids and easy access to pizza by the slice. I miss going to see live music almost every night in Chicago. However, none of these things compare to the sadness I feel when I miss important life events of my loved ones as well as holidays.

7. What did you do to meet people and integrate in your new home?
I met a lot of my friends through other friends when I first moved here. Over time, I started taking yoga classes, which has also helped me meet new friends. Although Seoul is big, it’s quite a small world among expats here.

8. What custom/ habits do you find most strange about your adopted culture?
I like a lot of the customs here. I enjoy taking off shoes when entering a home and doing a slight bow when I see someone I respect. However, there are quite a few social norms that I can’t quite wrap my head around.

One thing that I will not ever be able to accept or understand is the self-obsession that prevails in Korea. Many public spaces are covered in mirrors and Korean women spend most of their time staring at themselves in the mirror or their front-facing cameras on their smart phones. My boyfriend and I walked behind a girl who had her phone attached to a selfie stick and was just staring at herself as she walked. She wasn’t recording a video or taking pictures – just staring!

There’s also something called “aegyo,” which is encouraged and commonly used by adult women in Korea. To break it down simply, “aegyo” is acting like a child (think public temper tantrums, crying, foot stomping and whining) when a woman doesn’t get her way when in the presence of her significant other. It’s fairly common to see women pouting and stomping their feet until their boyfriends agree to do whatever it is they want to do. It’s childish and strange, and can turn violent in the late-night hours. One can only sigh and say, “Oh, Korea!”

10. Is the cost of living higher or lower than the last country you lived in and how has that made a difference in your life?
The cost of living in Korea is incredibly cheap in so many ways. Aside from fruit (which is insanely expensive) shopping for produce and local goods is easy and afforable. In addition, the public transportation system is efficient, cheap and easy to navigate. My apartment is paid for each month, so I can’t speak for the rent, but my bills generally don’t total beyond $50 USD each month.

11. What advice would you give other expats?
I say just take the plunge. It’s terrifying to leave your comfort zone, but it’s certainly something that is worth doing. I’ve had amazing experiences that I wouldn't have otherwise had I stayed home. Also, once you’ve taken that plunge, put yourself out there! You will meet amazing people if you keep an open mind and heart. 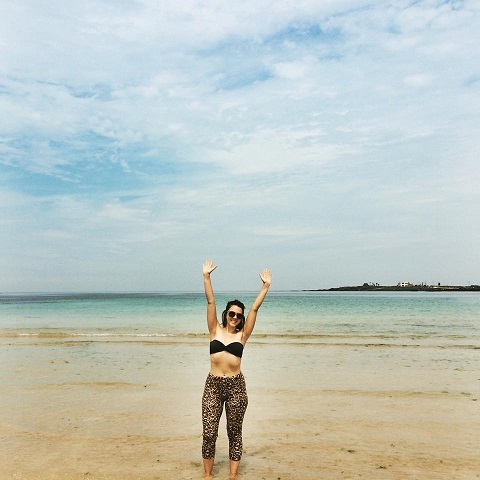 12. When and why did you start your blog?
I started a blog because I wanted to keep friends and family back home up to date with my travels and daily events. However, I’ve morphed it into an informative space that enables me to detail my experiences here for the general public and also serves as a little corner of the internet for me to reflect and grow as a writer.