From Cumbria to Bulgaria: The Travel Bug 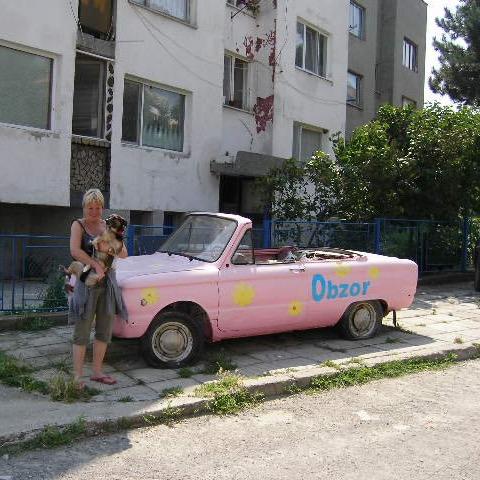 Hi, I'm Rachel Gawith (known as thetravelbug), originally from Cumbria, in north of England but moved to Bulgaria in October 2006. Its been a love-hate relationship with Bulgaria from the day I moved here, with nothing going to plan, trials and tribulations and a long haul to get the to the place we are now.

1. Why did you move abroad?
It was as never the plan to move over to Bulgaria, or indeed abroad. I originally just put a deposit down on a ski apartment in Bansko in 2004, when there was all the hype about buying here (yep I fell for one of those adverts). That went rather pear-shaped and I pulled out of the purchase and after a court case and many visits to the developer's office in Bulgaria, I got my money back. But by then I had fallen in love with Bulgaria and started to come over regularly, often helping others organise viewing trips to see property. Over the next year or two, I ended up buying a number of properties here as investments, just because they were cheap (we live and learn!) and to renovate.

In 2006 my partner (at the time, now ex) and I decided we wanted to leave the family farm we lived on and start a new life elsewhere. We looked at various options such as Canada, Austria, Slovenia etc but I already had property in Bulgaria and the option to be involved in property sales and renovations here, so we (well probably more me) decided on Bulgaria. But my ex-partner was never really into Bulgaria and 6 weeks before we were due to move out (with dogs and cats all booked on transport, cottage in the UK rented out and everything organised) he decided he did not really want to move away, so I came on my own. And that was that!

2. How do you make a living?
Originally I worked in partnership with a local estate agent here and arranged viewing trips and helped source property for people looking to move here or buy a holiday home here. Then the recession hit and the bottom dropped out of the property market here. In the intervening years I tried living in France, working ski seasons there and set up a French airport transfer business with my current partner. In 2012 we set up a charity to help stray dogs here and a neutering program for stray dogs and cats and in 2013 decided to once again base ourselves in Bulgaria.

3. How often do you communicate with home and how?
Well here [Bulgaria] is home! But we go back to the UK maybe once a year or sometimes twice. Our ever expanding doggy family makes it difficult for us both to travel at the same time, so we each tend to fly back on our own for a week and then we drive with all the dogs once a year.

4. What's your favorite thing about being an expat in Bulgaria?
Its difficult to sum up the favourite things about living in Bulgaria. Of course there are usual answers like the life style, the weather, its far cheaper than the UK but I think what appeals to us most is the amount of places to visit and explore here. Bulgaria has so much to offer from mountains and skiing to beaches and lakes, historical sights, traditional culture and on the whole the people are lovely and welcoming.

5. What’s the worst thing about being an expat in Bulgaria?
The most difficult thing I have encountered, aside from the language being incredibly hard, is the bitchiness and back stabbing and jealousy amongst expats. The lack of animal welfare is also very difficult to see and the animal cruelty and strays heart breaking.

6. What do you miss most?
There is not much I really miss about the UK. I could think of a few things like crumpets, English muffins, a good steak but all these things can still be sourced with a little effort.

7. What did you do to meet people and integrate in your new home?
I met a lot of English and Irish people through helping other expats buy houses here and move here. But we now do not tend to have too much to do with many expats. We meet a lot of new people through the dog rescue work we do. Integration is difficult, mainly due to the language.

8. What custom/ habits do you find most strange about your adopted culture?
The fact that most Bulgarians seem to consider neutering cruel but do not give a second thought to killing the puppies or kittens or abandoning them. Many Bulgarian tradesmen also have no forward thinking and would rather do a shoddy job today and take your money, than a decent job for ongoing work. That said many of the “Brit” workers over here are the same, if not worse.

9. What is a myth about your adopted country?
That its dirt cheap. It is cheap compared to the UK but many expats seem to think they can move over here with very little money and live off thin air.

10. Is the cost of living higher or lower than the last country you lived in and how has that made a difference in your life?
Lower – we have lived in the UK, France and Austria. And also spend time in Greece. Bulgaria far cheaper than all of those. Yes it certainly makes life easier and means you can treat yourself more.

11. What advice would you give other expats?
Actually come over and travel around and spend time here before buying a house. Don't just see a property on the internet and decide that is the one you will buy, regardless of region, infrastructure etc, all because its cheap. You need a plan as to how you are going to earn a living here. Work is hard to find, especially without the Bulgarian language.

12. When and why did you start your blog?
Originally to chronicle my move here and to write about the many problems I have encountered, warn others of the pit falls of buying and living in Bulgaria and so people are not just looking at it through rose tinted glasses and to market property I was selling. Now for the blog I write about places we have visited here and general life here.

To find out more about living in Bulgaria, refer to our