From the USA to Ecuador: Paul Acee's Ecuador 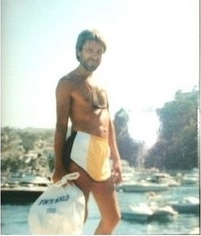 Hello my name is Paul and I live in Cuenca, Ecuador. I was born and raised in California but I've spent most of my life in Fort Worth, Texas so I consider Fort Worth my hometown. Most of my career before I retired was spent in manufacturing management. I'm happily single and no kids.

1. Why did you move abroad?
My plan was to retire south of the boarder from the U.S. since about 1998 so this was very old retirement plan of mine.

2. How do you make a living?
I'm retired and receive social security retirement income.

3. How often do you communicate with home and how?
Cuenca is my “home” but I use Skype with one of my two sisters every few months who lives in California. Occasionally an email with both of them also.

4. What's your favorite thing about being an expat in Ecuador?
The weather. I'm a mountain biker and I'm outdoors every day in it.

5. What’s the worst thing about being an expat in Ecuador?
The language barrier but I'm using Pimsleur Spanish to become fluent in Spanish so it's only a temporary inconvenience.

7. What did you do to meet people and integrate in your new home?
I meet people all the time and it's fun practicing my Spanish with them.

8. What custom/ habits do you find most strange about your adopted culture?
Eating “Cuy” which is also known as Guinea Pig is considered a delicacy here and I think I'll pass on that.

9. What is a myth about your adopted country?
That people ride buses with chickens on their lap. Maybe that was true years ago but Cuenca, Ecuador is a pretty modern city with six universities.

10. Is the cost of living higher or lower than the last country you lived in and how has that made a difference in your life?
The cost of living is lower for just about everything except electronics which are higher than in the U.S.

11. What advice would you give other expats?
Research, research and more research. 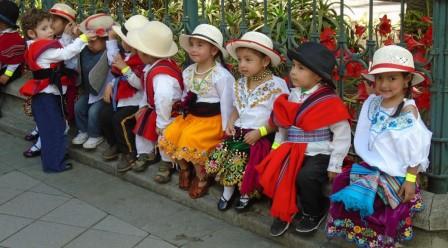 I did my own residency visa without an attorney and I wanted to write about how I did it and have all of the information in one place so others could use that to do their own visa also. So I stated the blog when I began that process before I actually moved to Ecuador.


To find out more about living in South America, refer to our