From Germany to Iceland: Sky as a Kite (Tine's Blog) 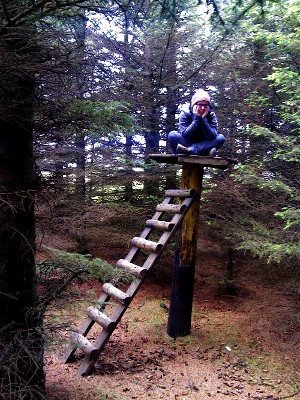 My name is Christina also known as Tine, Efia or Efiabruni because I’m a Russian spy posing as an indecisive German. I first moved abroad after finishing high school in Germany, as I needed some time to figure out what I wanted to do. I volunteered for a year in Iceland and found myself returning again and again until I gave up and admitted this is my home now.

I’m currently trying to juggle my day job with political activism, opening a micro bakery, hacking around on my blog script and life in Reykjavík/Iceland in general.

1. Why did you move abroad?
I really wanted to see Iceland, but did not have the money to come as a tourist, so I volunteered with the European Volunteer Service, which is one of the few organisations, which does not make you pay to work (but pays below minimum wage anyway).

Living abroad for a year changed my mindset and it never occurred to me to limit myself to Germany after this experience. I studied physiotherapy in Amsterdam, a city I loved to live in, yet grew restless enough to do one of my internships in Ghana and be an exchange student in Iceland for half a year. Though mainly based in Iceland I have also lived in China and Chile and traveled extensively.

2. How do you make a living?
My job is one of the reasons I like living in Iceland. I’m a physiotherapist and as such I have a lot more freedom and responsibilities here than I would have working in Germany. German culture is much more hierarchical. In health professions the doctor is the decision maker and the other health care professionals are just executing his orders. In Iceland there is a lot more team work and mutual respect.

4. What's your favorite thing about being an expat in Iceland?
Iceland is a breathtakingly beautiful country. For someone like me, who loves desolate empty spaces it is a hikers paradise. As mentioned above, I like my work environment a lot. There are specific things I like about living in Reykjavík in particular, which I had listed in a separate blog post.

5. What’s the worst thing about being an expat in Iceland?
My Icelandic college immediately suggested mentioning the weather here. After last winter, which is now officially known as the “winter of storms” this would be a logical choice.

However the thing that stresses me the most at the moment is the housing situation in Reykjavík. There is a serious shortage of flats in Reykjavík. Rent is high and landlords frequently abuse the situation. We will have to find a new flat in September to rent. It is raining into one of our bedrooms and our landlords reaction was: “You should be thankful to have a place in such a good location”. Ugh!

6. What do you miss most?
German bread, which is why I learned how to bake sourdough and am now running my own micro bakery. I also miss seasonal fruit and vegetables, though the variety of local products has increased dramatically since I came first in 2001.

7. What did you do to meet people and integrate in your new home?
I joined a martial arts sports club (something I always wanted to learn), then a choir, then a volleyball group, then a horse riding course, then a Bacchata dancing group, then a board games night. Basically anything I found slightly interesting I stuck my nose in. This is my advice to others, be open for new ideas and do things you have fun with.

I’m also a member of the couchsurfing community, which is quite active here in Reykjavík.

8. What custom/ habits do you find most strange about your adopted culture?
Iceland is a selfie nation. It is obsessed with it’s image and how it is perceived by others (“How do you like Iceland?” is the only thing I can say in a perfect Icelandic accent for a reason). There is a whole campaign “Inspired by Iceland” dedicated to promoting the brand “Iceland”. Hundreds of foreign journalists are paid to come into the country to write articles about Iceland. Any mention of Iceland in foreign media appears in Icelandic news (“Look how much they like us!”), no matter how inaccurate (see myths about Iceland below).  It is fuel on the shared conviction that Iceland is the very specialest of snowflakes and, of course, “Bezt í heimi”.

A symptom of this conviction is excessive flag waving at every opportunity. Protests, gay pride or just the camping trip with the kids requires an Icelandic flag. I come from Germany, where displays of national pride, such as waving the national flag, on any other occasion than the World (or Euro) Cup probably indicates that one is a right - wing nationalist. Of course our international image is that of yodeling idiots in lederhosen at best and as genocidal maniacs at worst.

9. What is a myth about your adopted country?
I hope I do not have to limit myself to one. Here is an Icelandic sketch describing how Iceland is perceived abroad:

Some myths debunked:
●    Iceland is not populated by Nordic super models, in fact Iceland is in the top to countries for obesity in Europe. Also, Icelandic women, as much as they like to party, do not like to be part of your dirty weekend.
●    Stories about Elves are part of Icelandic folklore, the same way Grimm fairytales are part of German folklore. However, most Icelandic people do not believe they actually exist.
●    The revolution was cancelled, the new constitution killed in parliament and the same people who caused the crisis are back in power
●    There are woods in Iceland :)

10. Is the cost of living higher or lower than the last country you lived in and how has that made a difference in your life?
I have never lived grown up life in Germany, so I cannot compare experiences here. I have written a whole blog post about the cost of living in Iceland. After the crisis inflation caused prices to rise dramatically. Wages however, were never adjusted to inflation. Subsequently, purchasing power is now more similar to Eastern Europe than Scandinavia. Which is why everyone and their mother is going on strike for a living wage this month including me.

11. What advice would you give other expats?
Moving to any new country can and should feel like an exiting adventure. Iceland in particular can feel like this friendly, quaint little country, especially as one often finds a flat or a job via acquaintances. However, this is not a holiday and a carefree attitude can go wrong very quickly. Be aware that not knowing your rights, local circumstances or the language puts you at a disadvantage and that in Iceland, just like in any other country people might take advantage of this.

Inform yourself as much as possible, take time to read through contracts and don’t be shy to ask for help. 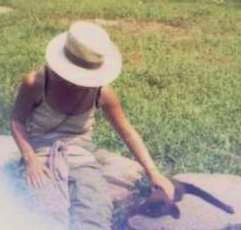 12. When and why did you start your blog?
I started my blog when I lived in Blönduós, a tiny town in the north of Iceland. I had a lot of time on my hand and started playing around with the blog script on my computer and pagekite a project of an acquaintance of mine. At first it was mainly for testing purposes, but when I started travelling (down the panamerican highway) it was a way for me to share my experiences with friends and family. Once I became settled again the topics on my blog expanded from: "look at that picture of me" to politics, life musings and general observations about the country I was living in.  A blogger was born.

To find out more about living in Iceland, refer to our