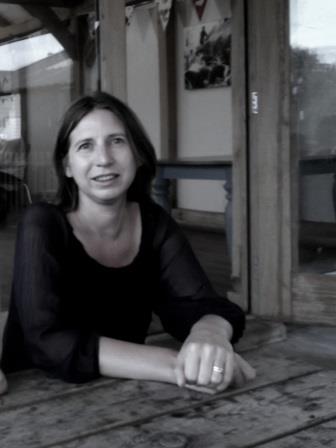 Hi, I’m Clara Wiggins and I am from the UK. At the moment I also live in the UK but I was born in Cuba (to British diplomatic parents) and lived all over the world including the Philippines, Nigeria, Venezuela, Gibraltar, Jamaica, Pakistan and St Lucia. This year we are moving to South Africa.

1. Why did you move abroad?
As a child I moved with my parents – no choice! Then as an adult I realised the wonderlust was still there and I started out by going on a round-the-world trip on my own, which included nine months in New Zealand. When I returned to London I decided I wasn’t done with living abroad so I joined the Foreign Office and with that job moved to Jamaica. Here I met my husband and became pregnant with the first of our two daughters. We then moved with my husband’s job to Pakistan and St Lucia (and soon to South Africa).

2. How do you make a living? Are you a fulltime writer?
No, the book is more like a hobby, albeit one that takes up a lot of time! I have a part-time job working as a business manager for a small, independent journal (the International Journal of Birth and Parent Education) which I do from home and which I am hoping to take with me when we move to South Africa. Marketing the book is more or less another part-time job. The rest of my time is spent looking after our two daughters – so cook, cleaner, taxi driver, nursemaid…..

3. How did you start the process of writing a book and get it published? Did you go to a publisher? Self-publish?
I started writing the book after we returned from St Lucia, where I had met quite a few women who really hadn’t been at all prepared for their life overseas. These were mainly women whose partners weren’t working for large organisations with a well-oiled procedure for relocating their employees, so they just had nowhere to go for the support they obviously needed. I felt that there was a call for some sort of supportive guide to help them and so the idea for the book was born. As I wrote it I did approach a few publishers and I received some very positive feedback, which helped me to keep going. But ultimately it’s quite a niche market. I also think it’s a misunderstood market and I don’t believe many publishers would really know where to start with expats. It is, however, a growing market so I am sure there will soon be more understanding of it!

In the end I decided to self-publish. I went on a marketing course and learned that even traditionally-published authors end up doing most of their own marketing these days so I decided that if I was going to do most of the work, I might as well keep as much of the profits for myself as possible!

4. What was the hardest part of taking your writing to a book format? Did you blog before writing your book?
I didn’t blog until right at the end of the writing process (I started my blog at the point when the book was being edited). This was mainly because I just didn’t have time – and I am quite glad I decided to do it this way because I now find that the blog is very time-consuming! I am very happy that I was entirely able to focus on the book without distraction. Writing comes quite naturally to be though. I used to be a newspaper reporter and became pretty good at pounding out 250 words in 20 minutes. But I always enjoyed feature writing and this was probably what I drew on most while writing the book. I decided to write the way that felt comfortable to me, so the book had quite a light-hearted, friendly (and hopefully supportive) tone. I use the same tone in my blogging and find that the best way to engage with readers is just to be yourself as much as possible.

5. What is your perception of the expat book market? Or is there a niche you consider your book to be part of?
It’s an interesting market as I think there are quite a few different parts to it. There are the real-life memoirs, which can be great or can be not-so-great depending on the writer! Then there are the “how-to” books which I think are the ones that most people associate with being an expat – how to move to Dubai, how to find a job overseas etc. Then there are mine which are slightly in a niche of their own (or at least a very small niche) although I am really happy that Amazon.co.uk has a living and working abroad section now, as it was very hard to know where to place it otherwise.

6. What is your favorite part of the book?
This is hard as there are so many stories from my contributors that I love. But it’s probably the section where I let the children speak. There was one interview with a girl I knew only by her first name – Valentina – which is heart-breaking. She talks about how hard it has been always moving from place to place, never being able to grow up in one home – how her friends have marks on their walls which show how much they have grown over the years but she has never had this. She admitted that she started crying while she was writing this, and the first time I read it I nearly started crying too as I knew exactly how she felt. It’s very moving and a beautiful interview. Luckily she, and other TCK’s that I interviewed, also give a positive side to their lives as well.

7. What was the most difficult part to write?
Hmmmm, I don’t actually think any of it was that difficult to write. I had to be very organized as there was a lot of input from other people and a lot of collating of that input and then getting it into a readable order. But the actual writing just flows so I didn’t find that hard at all. The formatting though, that was another matter…..

8. Besides your book, what book should everyone read?
I can’t think of any one book that everyone SHOULD read but I do believe that if you are moving to a new country you should try and read some history of that country. Whether that be in factual form or fiction form, it’s just so important to try and understand the background to the place you are moving to. Even just the historical background at the front of guidebooks can help with context. We are moving to South Africa soon and I have been trying to understand that country’s complicated history through different books. I suspect it will be easier once we are there though – a place always becomes a lot more interesting once you are living there and it’s all relevant.

9. What advice would you give to other expats that want to write a book?
Ask yourself why you want to write it. If it’s just a hobby and for fun or because you’ve always wanted to write a book, go for it. If you want to make money from it you will really need to research the market well. It’s easier to publish a book than ever before but it’s getting harder and harder to get it noticed in a very crowded marketplace!

10. What are you working on now? Do you have plans to publish another book? 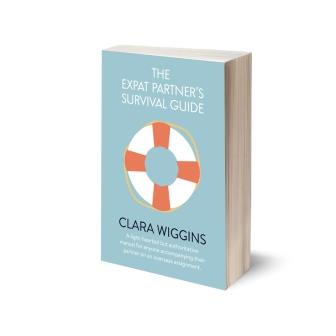 I do have a novel that I started when I was living in St Lucia and have barely touched for four years. It’s about the drugs trade in the Caribbean and involves diplomats, spies, corrupt police officers, a drugs mule travelling to the UK….and nothing is quite what it seems. The first draft is nearly finished so I would love to work on that but whether I actually ever publish it is another matter!

To keep track of Clara's travels, follow her on twitter @strandedatsea, read her blog expatpartnersurvival.com and buy her book, The Expat Partner's Survival Guide: A light-hearted but authoritative manual for anyone accompanying their partner on an overseas assignment.