From England to Colombia: Honestly Cali 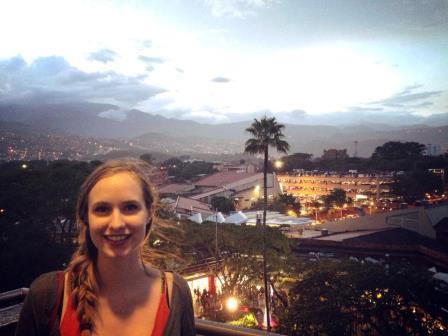 My name is Marie and I am half French half British but grew up in England. I have been living in Cali, Colombia for four months now.

1. Why did you move abroad?
I moved abroad primarily for professional reasons as I had just finished a Masters in Environment and Development, focusing on issues in the Global South and, in this field, it is quite important to get experience in the field so I thought it was better to do this while I didn’t have any ties or mortgages to pay back in Europe! Then again, I chose Colombia because I have lived here before and my boyfriend is from here, so it made it much easier!

2. How do you make a living?
I just recently started a job at CIAT, an international centre for researching climate change and food security issues in tropical areas. I am a visiting researcher and I am working on an exciting new project with USAID which will hopefully involve some travelling.

5. What’s the worst thing about being an expat in Colombia?
The safety issues and everything that surrounds it like poverty and violence. You really have to be on your guard all the time and are constantly reminded of how most people in Colombia live, on the bread line and subject to terrible living conditions and few human rights. Then again, coming from a social sciences background, this is a real example of what I have been reading about in book and journal articles for years, so it is thought-provoking and definitely motivational to make some real changes for the underprivileged.

6. What do you miss most?
Two things, food and space. The food back home is so varied and we have the luxury of having Chinese one day and greek the next for relatively cheap prices. Food in Colombia is OK, nothing more, nothing less. There are some good places to eat and some nice dishes, but they tend to eat to live rather than live to eat. Organised open space is also lacking here. I am a small-town girl so the chaos of Cali is sometimes a little suffocating!

7. What did you do to meet people and integrate in your new home?
I already had some friends here from the last time I was here three years ago, so I quickly integrated back into their larger group of friends. I am also making new friends at work, Colombians and expats alike. I think the key to meeting people in Cali for an expat is living in San Antonio first, you will meet expats but also a lot of their friends will be Colombian so it’s a nice ice breaker, especially if your Spanish is limited.

8. What custom/ habits do you find most strange about your adopted culture?
There are so many! But I secretly love them. They don’t point with their hands, but with their lips, doing a sort of exaggerated pout in the direction they want you to look in. They brush their teeth all the time, pretty much after everything they eat. So it is not uncommon to see your work toilets or shopping centre toilets full of people furiously brushing their teeth.

9. What is a myth about your adopted country?
That everyone here is on cocaine. Cocaine is actually barely consumed here since it is so valuable to export. Of course there are drug issues here too but these are more related to poverty and destitution and there doesn’t seem to be much for a ‘party-drug’ culture like there is in Europe.

10. Is the cost of living higher or lower than the last country you lived in and how has that made a difference in your life?
The cost of living is definitely lower than in the UK, and I am fortunate to be earning more than a lot of Colombians do, but I am definitely aware that this is a special case and that, relative to minimum and average salaries, the cost of living here is quite high, especially for electronics, clothes, furniture, cars, flights, health insurance and education (which are largely privitised). So, for expats, it is definitely cheaper, but not as cheap as a lot of countries in the global south. The ideal situation would be to be earning a European salary but living here, I have met someone who is lucky enough to be in that situation but it is very rare!

11. What advice would you give other expats?
Be clever about your move. Stay safe, plan where you are going to live well, learn Spanish as quickly as possible to integrate better and live as close to work as reasonably possible to avoid crazy commutes on the Mio buses! 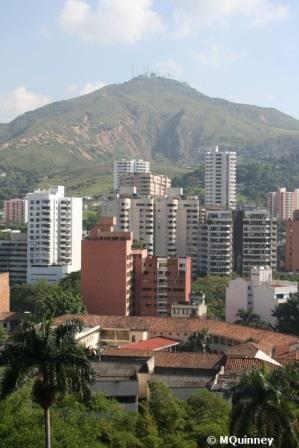 I started by blog in November 2014, originally because I had a few words to say about an article that came out saying that Colombia was one of the best countries in the world socially and environmentally. My first post was a reaction to that. Then I realised it could be a good platform to help others move to Cali as there are hardly any blogs out there about this city, and secondly, to keep a record of my professional development as a start my career here. You don’t often get opportunities like this in life and you forget so many funny or important details so my blog will be a constant reminder for years to come!

To find out more about living in South America, refer to our