From Sweden to Beijing to Cologne: Chasing Linda 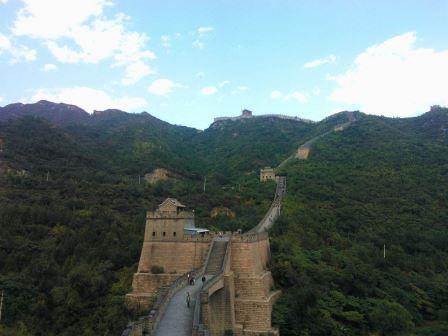 Hi everyone! I'm Linda, a 20-year old girl from Sweden. In 2013 I moved to Beijing to work as an English teacher and study Mandarin at the same time. I came back home to Sweden in March 2014 for work, but soon I'm off again. This time I'll be moving to Cologne to study German.

1. Why did you move abroad?
I'm not even sure how this happened! I had applied to universities and was accepted at the universities of Aberdeen and Manchester, but somehow I decided to decline both universities. Instead I started looking for ways to travel, but I didn't have much money. Then I came across a non-profit Chinese agency that needed English teachers to come to Beijing to work for Chinese families, so that's how I ended up in Beijing.

2. How do you make a living?
As mentioned, I worked as an English teacher for my Chinese host family$B!G(Bs child. The agencies in China are a lot different from where I come from, they$B!G(Bre not as efficient as I would have preferred and people with money are unfortunately treated a lot better than others. Although I had to take care of most of the problems myself, I still feel that I had a positive experience. But there is of course a lot that could be improved. I worked for 30 hours and the agency provided two Mandarin classes each week.

3. How often do you communicate with home and how?
I mostly communicated through WhatsApp a couple of days each week with my closest ones. Once in a while I also skyped, with varying results. Facebook wasn't an option, since Facebook is one of the webpages that the Chinese government has blocked. The VPN I used was so slow that it was useless to be on Facebook. But when I went back to China in October this year I tried a different VPN that worked a lot better for me this time.

4. What's your favorite thing about being an expat?
To be able to see new places and live in one of the most vibrant cities in the world. I don't really like the concept of traveling to a country on holiday, because you stay for a week and basically don't get to see much more than the hotel you're staying at and the touristic parts of the place. As an expat you get to be a local and have time to find and experience the best places and restaurants in town! Also, Beijing has more historical sites than any other city in the world and for a girl who$B!G(Bs extremely interested in Chinese history and culture this was an amazing experience.

5. What's the worst thing about being an expat?
The worst thing about being an expat in China is that because you're a foreigner you're automatically a celebrity. At first I just laughed when people wanted to take a picture with me and stared at my blonde hair, but pretty soon I was fed up with it. People taking pictures of you on the subway when they don't think you're looking, talking openly with their friend about how you look and those who just can't stop staring. The worst experience I had from this was when I went to Jilin with my host family and visited the local hot springs. In the dressing room some of the other women actually stopped whatever they were doing and started staring at me, the last thing you want when you're taking off your clothes. They couldn't stop telling me how beautiful I was, while I just wanted to hide somewhere.

6. What do you miss most?
Even though I love Chinese food I eventually got tired of the oily cuisine. One of my biggest cravings during my stay in China was a fresh, crispy sallad. Fortunately Beijing has a lot of Western restaurants, so you don't have to survive on rice only. But the Western restaurants are a lot pricier than the Chinese.

7. What did you do to meet people and integrate in your new home?
I met a lot of people through my agency who have become close friends of mine. Bars was a great way of meeting a lot of foreigners and other expats. It's always nice to meet people who are in the same situation you$B!G(Bre in. Especially in such a different country as China.

8. What custom/ habits do you find most strange about your adopted culture?
People spitting everywhere, shouting instead of talking, squeezing in as many people as possible on a subway train, people commenting your appearance, etc.

9. What is a myth about your adopted country?
That all Chinese know kung fu, haha.

10. Is the cost of living higher or lower than the last country you lived in and how has that made a difference in your life?
The cost of living in China is significantly lower than living in Sweden. It was always a pleasant surprise entering a supermarket and being able to buy a lot more for the same amount of money. This was very difficult trying to adjust back to when I returned to Sweden.

11. What advice would you give other expats?
Living in China is truly an adventure and only for people who dare open their perspectives. To have an open mind is a must, everyday you will experience things that would never happen in your town and everyday you will be amazed and chocked. China is extreme in many ways, you either love it or hate it. I think that's why I love China so much, because in Sweden all aspects of life is very safe and therefore a little boring, while China is sort of the opposite. Either if you like China or not, China is becoming more open and the Chinese economy is constantly growing, allowing Chinese companies to expand and influence the rest of the world. 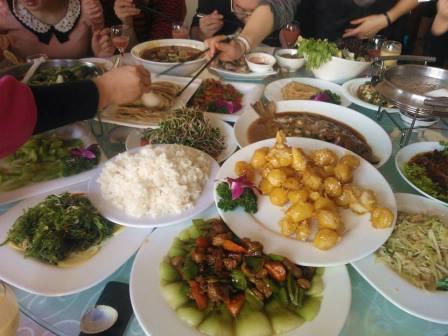 I started my blog just before I came to China and it was supposed to be a diary about my experience for my family and friends to read. Eventually it grew bigger and some people have contacted me about living and working in China. I'm really glad I could inspire people to go visit or live in this fascinating country!

To find out more about living in China, refer to our