From Maryland to Bergen: An American in Norway 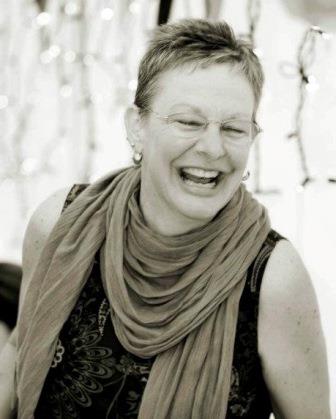 I'm Cindi, a fifty-six year old American in Norway. I've lived in nine States in the U.S., but consider Maryland my U.S. home; I lived there for fifteen years before moving to Norway.

All those hats I wear, and where I've lived in this world, come together and affect my writing in my blog at cindi-keller.com.

1. Why did you move abroad?
My Norwegian husband had a company in the U.S. when we first met. When his work took him back to Norway, I joined him in 2007.

2. How do you make a living?
I was a flute teacher and administrative assistant in the States, but without language fluency neither of those was possible here. But I was able to keep working part time online for the U.S. company I'd been with before my move, and I completed numerous online continuing education classes. I'm now a Teaching Assistant for online WordPress classes, and work as a Virtual Assistant for a company here in Norway, one in New Zealand, and others in the U.S.  (All these opportunities are in English, which hasn't helped my Norwegian comprehension, but that's another story!)

3. How often do you communicate with home and how?
Email and Kik Messaging are my lifeline to my adult daughters. Waking up to a "thinking of you, Mom" is all I need to lift my day. Skype also plays into our connection, but their schedules are so busy and the time difference is just enough that we have to schedule "Skype dates" -- often with wine and cheese and a whole lot of laughter.

My 85 year old Dad and I communicate through email, and I use email with my brothers and sisters-in-law too.

4. What's your favorite thing about being an expat in Norway?
The climate, both geographic and political.

Geographic: I've always liked winter and cold weather better than heat and humidity -- although, ironically, the Bergen area has had much milder winters than Maryland since I moved here. But when there's snow and clear skies, the moon and stars sparkle and reflect in the long dark nights and I feel energized. And, the lack of true heat and humidity in the summers is perfect for me.

Political: I admire the foundation of Norwegian society – their intense independence *and* their reaching out to help others. They are a wealthy country, and help those less fortunate while still maintaining that independence. There is respectful interaction between the many political parties, and they work together for the betterment of all people. Although my blog doesn't delve into political discussions, I think my respect for this country's politics is the foundation for many of the Norwegian observations on which I write.

5. What’s the worst thing about being an expat in Norway?
The language. That says more about me and my abilities than the country, but it's a very real and constant issue for me, even after seven years and numerous classes (provided by the government to immigrants).

6. What do you miss most?
I miss Mexican restaurants! We're too far away for them to be as popular as they are in the States.

OK, that was a light-hearted answer. Seriously:  I ache with missing my family, especially my adult daughters. I had no idea how difficult it would be to move such a distance away. If THEY had made a permanent move, that would have been the expected progression of growing up. But it was The Mom who moved, and over the seven years that reality has been challenging.

I also hate being so far away from my Dad. My Mom passed away two years after I moved here, and I was able to be with her and my Dad for three months around that time.  That helped with "daughter guilt" over being so far away, and I try to get back to the States to see him yearly, but it's still difficult to have this physical distance.

7. What did you do to meet people and integrate in your new home?
This aspect has also been a little challenging. I've volunteered a bit in the Bergen music community, but as a middle-aged empty-nester who works from home I don't have opportunities to meet people through a work environment or my daughters' school activities -- a way I met people when I was living in the States. Neighbors and my husband's friends and work colleagues are friendly, but I've not found deep friendships here.

I enjoyed the interaction with other immigrants in my language classes and Facebook groups, but most were of a younger generation with work and family responsibilities, or late-night socializing preferences. My husband and I prefer to spend evenings at home to late nights out on the town; we've "been there, done that"! Surrounded by nature -- especially where we're living now -- is exactly where I want to be.

But it's something to think about before deciding to move to another country. How will your own personality mix with the environment (both geographic and cultural) to which you're moving?

8. What custom/ habits do you find most strange about your adopted culture?
I didn't find many customs or habits strange, as Norway and the U.S. have many similarities. Growing up in the U.S. Midwest we didn't eat much fish, so getting used to the smell of my husband's pålegg -- the toppings Norwegians put on bread, several of them fish-based -- was, um, interesting!  :)

9. What is a myth about your adopted country?
"The people are cold and distant." Almost every Norwegian I have met has been friendly and curious, and those that seemed a little distant were because of their embarrassment at not understanding my English. As my limited Norwegian understanding has grown, I've found interactions with others even more welcoming and genuine.

10. Is the cost of living higher or lower than the last country you lived in and how has that made a difference in your life?
Norway is an expensive country, much more so than the U.S. My husband and I don't eat out very often, or go out to movies or concerts, or travel as often as we'd like. But I also find I appreciate those times we do go out even more -- and, since my husband and I love to cook, we enjoy experimenting in the kitchen. We'll get inspiration from some of our travels and try new foods and wine. That broad enjoyment of cooking is something I probably wouldn't have discovered if I hadn't moved to Norway.

11. What advice would you give other expats?
To expats moving to a country with a language other than your own native tongue: Begin to learn that language as soon as you know you're moving! It's difficult to fully integrate without understanding the conversations and news around you.  As a native English speaker who has always had trouble with other languages when studying them in school, it's been difficult for me. I had been reassured "oh don't worry, everyone speaks English!" and yes, English is understood by most. But it's presumptuous to assume that my new country's people will adjust THEIR interactions to MY comfort level. 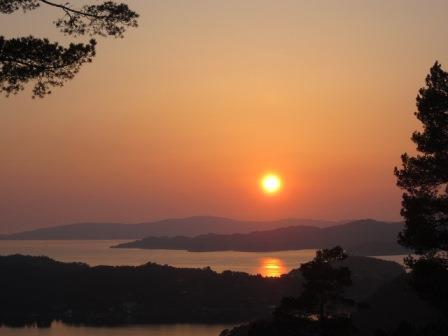 I created a LiveJournal blog during my first visit to Norway in 2006, when I was getting ready to move here, to share the experience with my family, friends, and work colleagues. For two years after the move I continued to publish written thoughts about my experiences in adjusting to life in a new country. And then I felt mostly adjusted, life got busy, and my blog just sat there. After I learned WordPress and began teaching it, I moved that mostly dormant LiveJournal content over to WordPress to manipulate and enhance my own understanding of the software -- and discovered how much the blogosphere had exploded while I was away.

I wasn't aware of online resources (such as EasyExpat) and other bloggers' experiences when I had first moved. It's been so interesting to read of others' adventures, share my own, and I truly feel as if I have friends from all over the world.

I have never identified deeply with being an "expatriate" -- I didn't even really apply that term to me until I started blogging more seriously with WordPress and read other expat blogs. I didn't know that much about Norway before I met my husband and then moved here; at this point, my blog is less about adjusting to life in a different country -- it's more about sharing aspects of this amazing country with others who also might not know as much. I really enjoy the connections I've made, and I've learned so much about other countries from other bloggers' first-hand experiences.

Cindi's blog, An American in Norway

Find out more about living in Norway with the