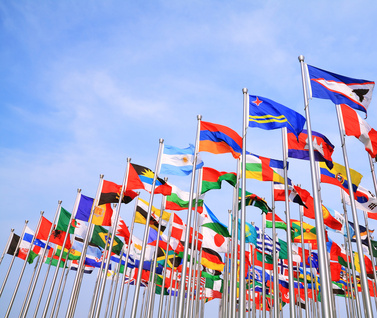 When you think of American culture images of hot dogs and apple pie may spring to mind, but there is so much more to it than that. The United States of America has been greatly influenced by the many different immigrant groups that have called it home, including the influx of a Hispanic population.

To commemorate this relationship, National Hispanic Heritage Month started in 1968 as Hispanic Heritage Week under President Lyndon B. Johnson. Its expansion to a month-long celebration under President Ronald Reagan in 1988 reflects the growing appreciation for the Hispanic American community. Today, Hispanic Heritage Month is celebrated every September 15 to October 15.
This date was chosen as the day that five Latin American countries (Costa Rica, El Salvador, Guatemala, Honduras and Nicaragua) received independence. American citizens with Hispanic ancestry are honored, Hispanic music and food are enjoyed and Hispanic American’s contributions are recognized. This is the perfect opportunity to connect with Latino roots.

Latinos have actually been in North America for longer than English speakers. While English immigrants were struggling to survive on Plymouth Rock in 1620, there were already flourishing Spanish towns in Florida, the Southwest and Puerto Rico. Influential early Hispanic Americans like Spanish governor of Louisiana, Bernardo de Gálvez, helped shaped the country. He aided General George Washington in his battles against the British to the landmark 1946 civil rights case of Mendez v. Westminster which determined that it was unlawful to segregate the school system based on national origin or language ability.

This annual celebration is a prominent reminder of cross-cultural exchange, but Spanish is ever-present in American daily life. The Spanish language is the second most used language in the United States (approximately 38.3 million people or 12.8% of the total population) after English. There are more Spanish speakers than Chinese, French, German, Italian, Hawaiian, and the Native American languages speakers combined with six million people learning Spanish and it is the most taught foreign language in the school system. The largest national Spanish-speaking community outside of Mexico is the Hispanic community in the USA.

This is an important reversal from when new immigrants to the USA were discouraged from speaking their language. Many children of Hispanic immigrants were not taught their parent’s native tongue which is a loss for the individuals, families and country as a whole. Learning a language is the key to connecting with your own ancestory, or even a foreign culture and new home.

So even if you didn't know it was happening - Happy National Hispanic Heritage Month! Will you participate? Do have a connection to Hispanic heritage? Does your country have a similar celebration?

Share your opinons, comments and information in the section below, or leave a note on our social media accounts like Twitter and Facebook. For more expat news, follow EasyExpat and utilize our Expat Guides with information on events and learning a foreign language.