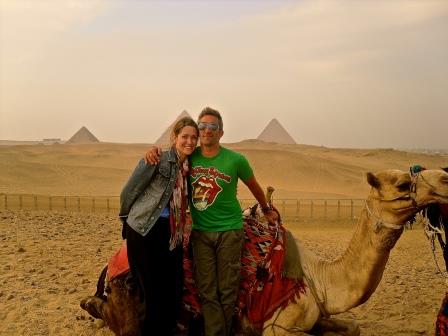 My name is Steven Moore, and I am originally from the seaside town of Lowestoft, Suffolk in the U.K. I am delighted to be currently living in San Miguel de Allende, Mexico.

1. Why did you move abroad?
I first went travelling as a 20 year old with very little money and a backpack, and I’ve never really stopped. I fell in love with adventure and life on ‘the road,’ and always felt more at home when I wasn’t at home, if that makes sense? I’ve lived in several different countries now, and I doubt I will ever live in England again. It must be the rain.

2. How do you make a living?
I usually make my money working as a Teacher of English as a Second Language, but I supplement this by writing and selling travel articles, and also the occasional photograph that accompanies my fiancée’s journalism articles.

3. How often do you communicate with home and how?
I speak with my mother in England once or twice a week, and usually by Skype (love Skype) and I speak to my brother in Australia about once a week, also via Skype. Lots of emailing, too, and many postcards.

4. What's your favorite thing about being an expat in Mexico?
My absolute favorite thing about being an expat in San Miguel is the warmth of the people here, both Mexicans and expats alike. Everyone is so kind and welcoming, and we’ve made some great friends quickly and easily here. It must be the relatively high altitude...6,000+ feet...but everyone here in San Miguel is super friendly.

5. What’s the worst thing about being an expat in Mexico?
It is wrong of me to say the ‘worst’ thing, because there is nothing bad. But, if I was to be super-critical, I’d say that for me, it’s just too far from the coast. But it’s a small problem...everything else more than makes up for it, and the coast, both east or west, is an easy 8 hour bus ride away.

6. What do you miss most?
I’ve been away from my home country for so long now that I don’t really miss anything very much. I am still in contact with all of my best friends, and I do visit every couple of years. I guess if I was pushed, I’d say I miss a pint with my mates in a country pub, and the availability of good sausages and bacon. But that’s it.

7. What did you do to meet people and integrate in your new home?
Initially, we only came to San Miguel as tourists for a few weeks, with no intention of buying a house (I think that’s common here) So, as tourists, we spent a fair bit of time in the pubs, where we met plenty of lovely expat people who we now consider friends. SM is a very creative city, and a lot of the expats here are artists and writers, so my fiancée and I have a lot in common with the expat community, we both being writers ourselves. Integration and transition has been easy.

8. What custom/ habits do you find most strange about your adopted culture?
To be honest, I haven’t seen or heard anything that seems overly strange among the local customs. I guess, though, after living in Korea for many years (no offense), the politeness and gracious manners of the locals is a welcome touch of strangeness.

9. What is a myth about your adopted country?
I can’t speak for the whole of Mexico, but I can honestly say that I feel very safe here in San Miguel. Of course, you have to be a little cautious sometimes, but I think that’s the same anywhere. We’ve heard often that Mexico is a ‘dangerous’ place, but in my experiences so far, that’s not the case here in SM.

10. Is the cost of living higher or lower than the last country you lived in and how has that made a difference in your life?
The last country we lived in was France...in Montmarte, Paris...so the cost of living here is significantly lower than that. That has just meant that we can eat out a little more often than we could in Paris, and buy that extra bottle of wine when we fancy it. Before Paris we lived in Thailand, and that was even cheaper than living here in Mexico. The secret is to adjust to your surroundings, and organize your budget accordingly.

11. What advice would you give other expats?
It is difficult to give advice to other expats, simply because everybody has a unique personality and different expectations about what they want from their lives. And of course, if they are already an expat, then they have already taken the most difficult step in leaving the comforts and familiarity of their homelands behind. However, I would say that as expats, we have a responsibility to try and learn about local customs and cultures so as not to offend our friends and neighbors in out adopted countries. And of course, make an effort to learn the language. If you can integrate with the local communities, making new friends and life in general becomes easier and much more fun. When in Rome... 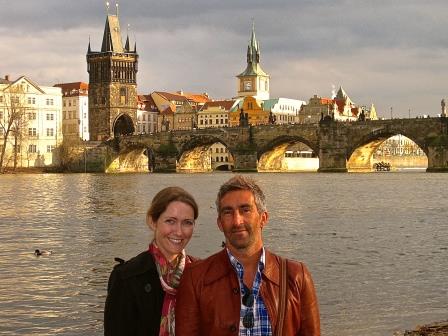 I started my blog, ‘Twenty First century Nomad’, about 18 months ago. I just felt that, after 20 years of traveling, I had plenty of stories to tell and some beautiful photos to share with my friends and family, and also as a way of documenting some of my adventures. The blog has grown a little, and I have diversified it somewhat, too, and now write about things such as charities, philosophy and writing, as well as travel and lifestyle. I have my debut novel being published some time later this year, and I hope that through my blog, my novel may reach more potential readers. And now, living in beautiful San Miguel, with a wonderfully exotic and peaceful garden in which to finish my story, I hope that I am as lucky with my novel as I have been to find my little piece of paradise in Mexico.