From Greece to the USA to Switzerland: Diary of a Move 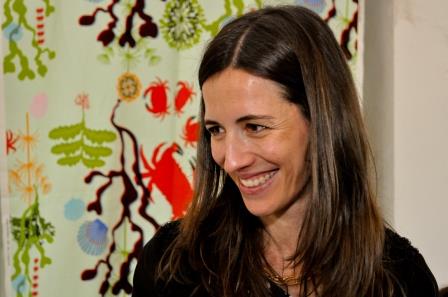 Hi, I’m Katia Vlachos. I’m Greek, grew up in Greece (though I was born and spent the first four years of my life in Cameroon) but have lived outside my “passport country” for almost 20 years now – in the U.S. (Boston and Los Angeles), France, the Netherlands, Austria and, most recently, Switzerland.

1. Why did you move abroad?
The first time I moved away from Greece was when I was 24 to go to graduate school in the United States. I had a strong feeling that I would not be returning home after that – and I didn’t. I met my future husband in graduate school and we decided that we wanted to live in France…so we moved to Paris. There were several other moves after that, driven by educational/professional opportunities, personal circumstances or a mix of those.

2. How do you make a living?
I’m a writer, though I don’t necessarily make a living from that at the moment (well, not yet!). I am a policy analyst by training – I have a Masters and a PhD in Policy Analysis – and a researcher at heart, but although I still do occasionally work in that field, for the last several years my passion is writing about the experience of crossing borders and cultures. I write a blog (www.diary-of-a-move.com) and am currently working on a book, both allowing me to combine my passion for the subject with my identity as a researcher and writer.

3. How often do you communicate with home and how?
If by home we mean the place where I grew up and where my extended family lives, then I am in daily contact. Thank you, Skype and FaceTime.

4. What's your favorite thing about being an expat in Switzerland?
There are several things I love – the beauty of the landscape, the way everything works (almost) perfectly, the feeling that my family is safe here – but if I had to choose one, I’d say the friendliness of the people. I have never felt unwelcome here. People are usually polite, pleasant and helpful. They are patient when you don’t speak their language. All that is a big deal for me in terms of the quality of my everyday life.

5. What’s the worst thing about being an expat in Switzerland?
You tend to become spoiled over time by the high quality of life and the fact that everything functions so well. Eventually, you develop high standards and expectations, which, I suspect, will make it hard to adjust to life in other “less perfect” places. Also, given the extremely high cost of living here, compared to many other European cities, you may lose perspective of how things are in the real world.

6. What do you miss most?
My tribe – that is my friends. They are spread out all over the world, so it’s hard not to miss them, because wherever I end up each time, I am bound to miss some of them.

I also miss the sunshine and warm weather of the Mediterranean, where I grew up. I need sunlight to function and Zurich, where I live, tends to be a bit grey – though this winter has been incredibly mild and bright so I cannot complain.

7. What did you do to meet people and integrate in your new home?
I have to admit that, during the first few months after our move, I did not do much. I was focused on getting my kids settled into our new home and their new schools and that took some time. Given that I work from home, I don’t have a natural social milieu from my professional life, so I ended up making a lot of connections through the kids – other parents from their schools or from their extracurricular activities. I was trying to help the kids feel connected and, in the process, myself as well. I also had some “legacy” connections – friends of friends living here that I was introduced to, who were extremely helpful in helping us feel settled. Finally, I joined an expat organization – the American Women’s Club of Zurich (AWCZ) – shortly before moving here. They are a friendly group of people and organize a lot of fun events and activities.

I know from my previous moves that creating a network and integrating oneself into a new home takes time, so I’m patient. Not there yet, but getting there!

8. What custom/ habits do you find most strange about your adopted culture?
The fact that you need to plan weeks or even months ahead when you want to meet people. Spontaneous arrangements are the exception here, but, given that they are part of my native culture, I try to find people who function like me and don’t need a two-month-warning for scheduling a dinner. Sometimes it works, sometimes it doesn’t.

My overprotective Greek-mom self was also taken aback, initially, by the amount of independence Swiss kids are allowed at a very young age. By now, I am no longer shocked when I see four- and five-year-olds walking around by themselves (to kindergarten or back home), though I know that I will find it hard when it is time to let my – now-three-year-old – do the same.

9. What is a myth about your adopted country?
That Swiss people are unfriendly or distant. I have found that they are not, if you get to know them; but it does take a while to really get to know them. As in every similar situation, it helps if you show respect for and a willingness to learn about their culture and way of life. From my experience so far, they very much appreciate this kind of interest.

10. Is the cost of living higher or lower than the last country you lived in and how has that made a difference in your life?
The cost of living in Switzerland is much higher than any of the other places I have ever lived in. Of course, incomes are also higher and taxes lower. When I travel, I am often stunned by the differences. Eventually you get used to that.

11. What advice would you give other expats?
Have an open mind and a friendly attitude. Try to clear your mind of any stereotypes or preconceptions about the place that’s about to become your new home – and its people.

Engage – with people and with your environment. You can always find valid excuses for staying at home, but the sooner you get out, the sooner you will be able to feel comfortable and connected; to feel at home. 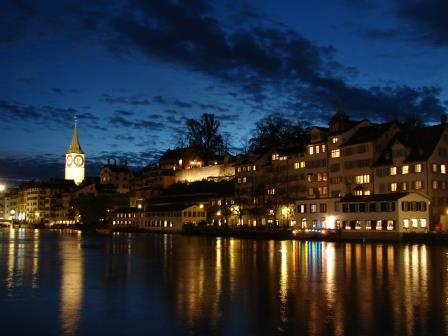 I had been writing about expatriate life for a while, but had never shown my work to anyone. Then, at some point I was reading a book whose author was describing her experience starting a blog – and that inspired me to start my own. There were two reasons why I wanted to blog. One was to see how my writing would be received; whether it was any good. But more than that, I wanted to connect with other people and see if my ideas about living across cultures resonated with them.

Katia's Blog, Diary of a Move