From England to California to Barcelona: Barcelona Blonde 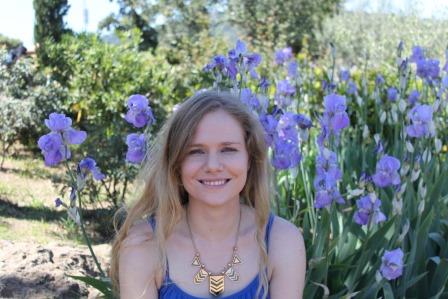 Hello! I’m Jessica, I’m 25, and I’m originally from England. I grew up in southern California and now I live in beautiful Barcelona, Spain.

1. Why did you move abroad?
I’d studied abroad in Barcelona for a summer and that just wasn’t enough time. I fell completely in love with the city and knew I had to come back. I decided that after graduating college was a pretty good time to get my Barcelona fix in. Two weeks after I got my diploma, I landed here.

2. How do you make a living?
I work as a translator for a Spanish celebrity gossip site for teenagers (yes, really!). It’s pretty fun and quite silly, and I get the chance to work on my Spanish. I’m also a travel writer and love traveling to new places and writing about them.

3. How often do you communicate with home and how?
All the time! Somebody is always on Skype, Whatsapp, or email to chat, even if it’s just a couple of lines or a two-minute call (or for someone to send me ridiculous photos of our pet cats). Technology really helps, I don’t know if I’d want to be so far away if it weren’t so easy to get in touch with home.

4. What's your favorite thing about being an expat in Barcelona?
I get to meet a really interesting group of people. Being a foreigner means you get exposed to a different social group, even if you speak the language perfectly. I meet people from all over the world who are just as obsessed with Barcelona as I am, along with locals who share my passion for travel and adventure. It’s great!

5. What’s the worst thing about being an expat in Barcelona?
It sucks to stick out all the time. I’m blonde-haired and blue-eyed, so the first thing out of people’s mouths is often “Where are you from?” That’s fine, and most of the time people are just curious and nice, but it does get tiresome always being “that foreign girl”, because every so often there are people who are explicitly rude about where I’m from. That’s their problem, not mine, but it’s not fun to deal with.

6. What do you miss most?
Well, apart from friends and family (of course), I miss a few things about California, like the constant sunshine, the larger living spaces, and the incredible Mexican food. It’s hard – I love both Barcelona and California so much that I can’t really see myself definitely ending up in one over the other.

7. What did you do to meet people and integrate in your new home?
You’ve just go to go out to everything people invite you to and look for stuff online, like Meetup.com groups and language exchanges. I’ve found that I like most people I meet but only really click with a handful. So that means you might have go to 10 events before you meet “your” people, but it does happen. Plus, Barcelona is a place where people like to live for a short period of time for an adventure, so I meet tons of new people all the time. It’s pretty fun!

8. What custom/ habits do you find most strange about your adopted culture?
Hmm…at first I was really thrown by how late they eat here, because in California I was used to eating dinner around 6 p.m. or even earlier. In Spain, people usually don’t eat until 8 or 9 p.m. I’ve definitely adjusted, as now I often don’t eat anything until nearly midnight!

I haven’t found too many habits to be flat-out weird, except for the belief that if you go out in the cold without your neck covered up you will get sick. Everyone believes that being cold leads to getting a cold. Where I’m from, we’ve always treated that as an old wives’ tale that lets your granny force you into a thick scarf. I always laugh when my roommate tells me I’m going to get sick from having wet hair or something.

9. What is a myth about your adopted country?
Well, first off, people generally think of Barcelona as Spain. But talk to a local and they may very well tell you that it’s not Spain at all - it’s Catalonia. Whatever you think about the issue, it’s important to respect that lots of locals feel very strongly that they are NOT Spanish. So with that in mind… tapas, sangria, siestas, and flamenco are often aimed at tourists and not as popular as visitors might expect.

Also, Spanish people often say that Catalan people are unfriendly and cold. While it is true that I’ve found it harder to make Catalan friends and it may be hard to break into a social group, there’s another side to that story that doesn’t always get told – once you’ve broken the ice, you usually have a loyal friend for life.

10. Is the cost of living higher or lower than the last country you lived in and how has that made a difference in your life?
It sounds a lot lower, but the wages are also much lower than in California. Websites will tell you Barcelona is about the same price as lots of places in California, but I actually think it’s quite a bit cheaper, even when you take purchasing power differences into account. However, I’m not the best person to ask about that sort of stuff, as this really is my first stab at independent adult life. In California, I was most recently a college student, which wasn’t a great study in how much things other than textbooks and cheap beer cost.

11. What advice would you give other expats?
Definitely be patient. Living abroad is a big adventure with lots of big changes to adjust to. Don’t stress if things don’t work out exactly as you’d hoped or as quickly as you expected. Even when you have a rock-solid plan, there are lots of unexpected surprises when you live abroad. I had everything planned out meticulously before I arrived, but had to very quickly reevaluate almost everything! I’ve had to learn a big lesson in patience. And I’m talking about everything from jobs to living situations to friends to culture adjustments.

I read something about expat life being like a rollercoaster, with very intense highs and lows. That’s pretty true to my experience, so it’s just a question of patiently toughing it out through the lows. 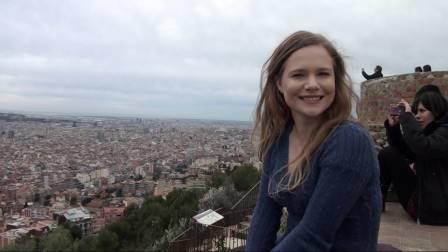 I originally started it when I was studying abroad in Sevilla back in 2009. Like any good study abroad student, I let it slide by the wayside by about October. I briefly picked it back up when I was in Barcelona for maybe three weeks. But it finally stuck about two years ago, and I’ve been hooked ever since.

My original plans were to have kind of a digital scrapbook or memory book of my travels and adventures. While it definitely still serves that purpose, I’ve also been surprised by how many people have been interested in reading it. I remember being thrilled I had 30 subscribers because I thought I’d never get more than about 5! Taking my blog from a little personal diary to something more has led me to some really cool opportunities and meeting amazing people, and I’m excited to see what’s next.

Currently I’m figuring out what I want that next step to be, blog-wise. I recently started a video series titled MyBarcelona that shows you mini-snippets of Barcelona’s best stuff, so that’s quite a fun new project. But apart from that, I’m still thinking about where I want to take it next. I know I want to keep evolving and growing, but I’m working on clarifying exactly what form that evolution will take.

In other words – stay posted!