From the USA to Bydgoszcz: Never a Dull Day in Poland 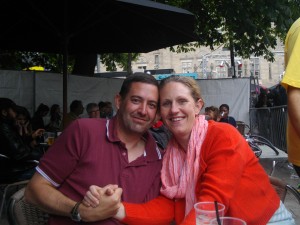 I have been married to a guy named Jim for the last 20 years who has moved us to 5 different countries in 9 different houses.

1. Why did you move abroad?
My husband retired from US Air Force and got a new job that brought us to here in December 2011.

3. What's your favorite thing about being an expat in Poland?
I was pleasantly surprised to have 24 hours shopping, shopping on Sunday and having more than enough different restaurants to choose from.

4. What’s the worst thing about being an expat Poland?
The time I dread the most about living in Poland, applying for our “Resident Card” to live here in Poland. Just like Polish people living in the US they have to apply for Visa’s and/or Green Cards, we have to do the same here in Poland. The cards are only good for 2 years, so every 2 years we have to go through this until we hit the 5 year mark and then we do something else which is much easier!

5. What do you miss most?
Living for 6 years in the Netherlands before moving to Poland, I was already used to the European mindset and adapted to not having many of the American luxuries such as 24 hour shopping, stores open on Sunday, having lots of different type’s restaurants and most importantly being close to family.

6. What did you do to meet people and integrate in your new home?
I do not live in a city with a huge expat community but have met several other expat spouses from my husband’s work that have already started turning into family. To be honest the Polish are some of the friendliest and hospital people that I have ever met which has made my transition here easier than I imagined.

7. What custom/ habits do you find most strange about your adopted culture?
One thing about living here in Poland is the language barrier. Polish is not the easiest language to learn but in the area we live English is not widely spoken. I am trying to learn the language but I do have a few hiccups now and then. I was at a McDonald’s and tried to order a sweet & sour sauce but instead the lady understood strawberry sundae, oops!

8. What is a myth about your adopted country?
I don’t think anyone can be really prepared to move to any county. Originally when we knew we moving from the Netherlands we thought we were moving back to the United States so we came for a week long holiday to here in Poland. We fell in love the people and the country, so that is the reason why we applied for a job here.

But I do have to say it is one thing to visit a country on holiday but it is another story to live there. We very lucky also to have one of our neighbors in the Netherlands was from here Bydgoszcz which also gave us an inside scoop of our new home.

9. What advice would you give other expats? 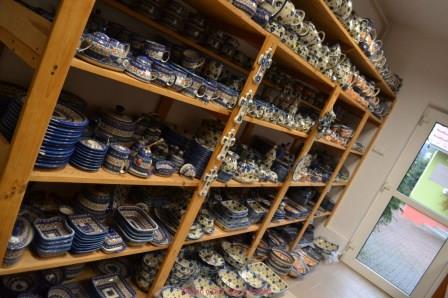 I started blogging about a year ago mostly to keep friends and family informed of our new lives here in Poland as it is not a country you hear a lot of people moving to. Over the last few months my blog as grown more than I ever could have imagined. Who knew there was so much interest about living in Poland or about an American living in Poland?