From Halifax to Seoul: The Asian Persuasion 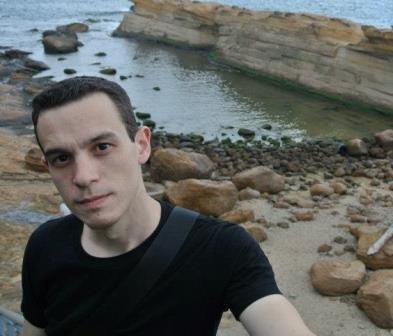 My name is Michael Johnstone. I’m from Halifax, Nova Scotia, which is a small, sleepy city on the eastern coast of Canada. I’m currently living in Seoul, South Korea. What started out as a one-year break from western life has now turned into three, and counting. I’m addicted to Asia.

1. Why did you move abroad?
I remember watching a television documentary about English teachers in Japan and thinking that it was something I wanted to do. As I did more research, I ended up pretty close; Korea offers a lot for those who want to teach. Competitive wages and free housing are hard to argue with!

2. How do you make a living?
I teach English and Social Studies to fourth grade students at a private school in Seoul, Korea’s capital city. It’s been incredible. My students are bright, hilarious, quirky, and most of the time, little angels.
Most of the time.

3. How often do you communicate with home and how?
When I left I had a romantic notion that I should write home with beautifully crafted letters written on expensive stationary and adorned with photographs from my adventures. That happened once. As it turns out, Skype is a lot more practical.

4. What's your favorite thing about being an expat in Seoul?
It’s a tie. Food and proximity. Korean food is exceptionally delicious and gets little exposure overseas. It’s often spicy, often prepared and eaten out of a single shared pot or grill, which adds a communal element to eating. Seoul is absurdly packed with restaurants of virtually all nationalities and eating is a big part of culture here. Street food, work dinners, and festivals are pillars of Korean culture.

Korea is also situated in the middle of Asia. So it’s a short, and inexpensive flight to anywhere in Asia. I’ve popped over to Japan for the weekend, which sounds bizarre, but it’s commonly done because it’s so close.

5. What’s the worst thing about being an expat in Seoul?
The language barrier is not a problem a great deal of the time, a lot of people in Seoul speak at least a little English, and I speak at least a little Korean, but you have to rely on other people a lot. There are times when you simply need someone to translate or find a particular service for you, particularly if you need to do something that requires more than a basic conversation. You end up relying a lot on your Korean coworkers, but that can also help to build relationships, so it’s not all bad.

6. What do you miss most?
It can be quite difficult to have your family literally on other side of the world. Last year my younger sister had a baby, the first child in our family since she was born. I wasn’t able to visit her and my new nephew until a few months later. It’s hard to watch him grow up through a video chat connection.

On a lighter note, I really miss having an oven. Korean food is prepared stovetop; most apartments don’t have an oven unless you buy one.

Oh, and space. There are 25.6 million people in the Seoul metropolitan region, so it can be a little cramped at times.

7. What did you do to meet people and integrate in your new home?
There’s an area of Seoul called Itaewon, and it’s the equivalent to Chinatown—but for westerners. There are bucket loads of “foreginers” in that district and you can go to bars, restaurants and clubs where English is the predominant language, which is a nice break from being confused most of the time.

I go on trips around the country on weekends, festivals, hikes, trips to the border of North Korea and things of that sort. You need to learn as much as you can when you live in another country and the best way to do that is to see it, meet the people, and immerse yourself. It helps stave off culture shock if you understand where you are.

I also study Korean martial arts, Taekwodo and Hapkido. There are classes in Itaewon offered in English, but it’s a multiethnic group of people who go: Koreans, Americans, Canadians, Brits, Ethiopians, Macedonians, Germans...so it’s an incredible way to learn about Korean culture and tradition together.

Then we get to kick each other in the face.

8. What custom/ habits do you find most strange about your adopted culture?
Korean work culture is grueling. Not for English teachers, we live a charmed life in comparison. But Korea has the highest working hours in the OECD. Here, it’s about working long hours, not necessarily how much you get done or how efficient you are. One of my students once called their father a “work insect”. That gives you a sense of how much you can be expected to stay at work until long after the sun goes down.

Korea is also a very high consumer of alcohol per capita. Drinking is the preferred method of escape from the stresses of work for many, so it’s shockingly common to find businessmen in suits passed out on the streets or sleeping on benches in the early hours of the morning. People don’t disturb them, Seoul is incredibly safe and tolerant when it comes to thinks of that nature.

9. What is a myth about your adopted country?
That Asians are short. They aren’t, at least here. You can actually see how diet and culture have drastically changed the physical characteristics of the average Korean. The older generation is short, yes, but young Koreans are just as tall as young people in the west.

There’s also a notion that there’s a lot of danger being 56 kilometers from North Korea. There really isn’t. What you hear in the western media is a lot of hype, nobody here has the slightest concern about what’s happening in the North. They’ve been living with it since 1953. If North Korea were to enter a war with the south it would collapse.

10. Is the cost of living higher or lower than the last country you lived in and how has that made a difference in your life?
Generally, it’s quite a bit lower. Unless you eat in a lot of western restaurants, it’s quite cheap to eat out, and as a result I have quite a bad restaurant habit. There are sometimes entire months where I don’t eat at home at all. Seoul can spoil you.

English teachers also don’t have to pay for housing, all schools and academies that employ foreign teachers either give you an apartment that they pay for or they give you a housing bonus that covers your rent (or most of it, if you want to get fancy). Not paying for housing frees up a lot of money.

11. What advice would you give other expats?
The cure for culture shock is to constantly learn about where you are. Make friends with people in your host culture, they will really help you understand your surroundings and you’ll feel more like you’re a part of the country, not simply in it. Learn some language, even if you don’t learn all of it. Explore. 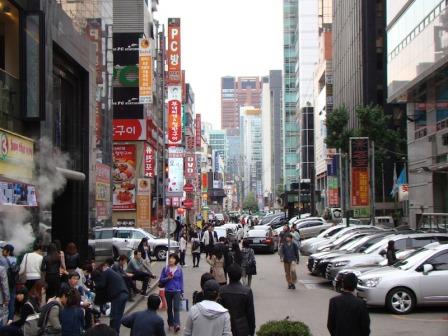 I started The Asian Persuasion the day that I got my work visa when I was back in Canada. At first it was just a record of my daily life, thoughts and feelings. It started out being about life in Korea, now as I’m travelling more throughout Asia I’ve expanded that focus. I allow guest bloggers to write about their own experiences because everyone who has been an expat in Asia has something to say about it.

For me, it’s one of the ways that I process all of the information that’s thrown at me on a daily basis. I’ve done more in the past three years than I had done in a decade back home.

If you’re thinking of trying the expat life, do it.

You might love it or hate it, but it will change the entire way you see the world.