From the USA to China to Tanzania: Peeps From Abroad 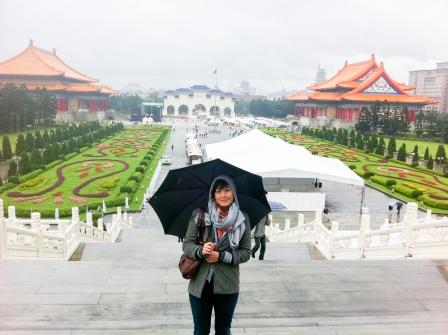 I'm Jessie Bryson. Starting in college, a lot of friends gave me the nickname Jessbo, or J-Bone (oddly, this was before any part of my name had any B or O in it....still haven't figured out why!). Hence my blog address, www.jessbopeep.com. I grew up in the U.S., in Northern California, and spent some time in Los Angeles and New York before moving abroad to Guangzhou, China in 2010. I was back in the states for a bit in 2013 (Washington, DC) and as of summer 2013 I call Dar es Salaam, Tanzania home.

1. Why did you move abroad?
To put it ultra romantically, I moved abroad for love. To put it logistically (and more realistically)- I moved abroad because my then-boyfriend, now-husband got a job with the U.S. Government. He is assigned to work for 2-3 years at a time in any given country, and then it's on to the next. We usually have some say in where we go, but our dear Uncle Sam has the last word- and it could be one of any 250+ posts overseas. Between these international posts we might make it back to DC, but usually not for long. For for the short future ahead, we're looking at a life overseas.

2. How do you make a living?
I'm a writer. It took me awhile before I felt comfortable calling myself that, but I've definitely come around. When I moved to China, I began to write because I couldn't find anything in the food industry (where I was working at the time), first on my own blog, and then for some online and local expat publications.

Then, through a friend, I got a job with a local factory consulting firm as an in-house copy-editor. I reviewed their official reports before sending them off to US clients. In a nutshell, I say that I corrected a LOT of Chinglish. While doing that, I realized that there would always be a market for good English language writing, so I reset my course in that direction.

Being super passionate about food and loving to travel, I find myself pitching most often within these genres, but I also write a lot of city and culture content and dabble in photography, too. I've found that there is a huge market for freelance copywriters and guest bloggers through various online outlets, which is a great way for someone (especially someone living in Africa) to make some extra dough on the regular.

Location-specific, I'm working on writing a few in-depth profile pieces on some really interesting things going on here in Dar es Salaam. I'm also the managing editor for a local magazine, Whats Happening in Dar. There is so much potential and opportunity here in East Africa, and I'm so excited to be living here.

3. How often do you communicate with home and how?
I feel like this question is starting to become outdated. Because even in remote areas of the world, people can get hooked up to some method of communication- satellite radio, cell phones, wifi, GPS, or any other number of devices. Unlike life thirty, twenty, even ten years ago, I can keep touch with friends and family with great ease. I've recently started to use Google Hangouts a lot, where I can video chat with a group of friends, or my sister and parents. So fun!

4. What's your favorite thing about being an expat in Tanzania?
For me, it's the culture shock- but in a good way.

Living in East Africa is the first time that I've come to a part of the world, completely not knowing what to expect. Having zero baseline and familiarity with the language. Not knowing customs, rituals, and taboos. I'm looking at things with new eyes, making comparisons to what I know, and taking notes for the future. It's intimidating, but ultimately super rewarding.

5. What’s the worst thing about being an expat in Tanzania?
The assumption that because I am a foreigner living in Tanzania, I've got money. At all the small shops and markets here, there are local prices, and then Wazungu (foreigner, or white man) prices. It doesn't matter how little money I actually have...and sometimes I wish they knew, because they'd surely knock their prices down a few notches!

6. What do you miss most?
I miss the frenetic energy of city life. Before moving to Tanzania my husband and I were posted in Guangzhou, China- a city of 12 million people. Prior to that, I lived in New York City, and Los Angeles. Though I love the breezy ocean lifestyle and the one small “city center” in Dar es Salaam, I really love living amongst skyscrapers and freeways. Here in Dar es Salaam, the people have a way of life that they often refer to as “pole pole”, which means “slowly slowly”. I miss things like 24-hour quickie marts and bustling city streets. I miss Target.

7. What did you do to meet people and integrate in your new home?
Luckily, there is a big group of Americans and expats here to link up with, both professionally and personally. Most live in one area of town, so it's almost like small town living- you'll bump into people at the supermarket (because there are only so many) or restaurants (because there are only so many).

To hone these new friendships that we make outside the house, I think it's important to invite people into your own home. Luckily I love to cook and entertain (read: drink wine), and have found that it's a great way to break that barrier between being friends and just acquaintances. And having a few familiar faces around will almost assuredly make you feel more at home.

8. What custom/ habits do you find most strange about your adopted culture?
The fact that nobody says “no” outright. Tanzanians have a positive outlook naturally, but are also culturally engrained with the idea that it is rude to say no outright...even if the answer really is “no”. It's almost as if no one wants to hurt your feelings, so they tell you it's all going to be okay. For example, if you hire a car, and the driver is late, when you call to ask where he is he'll tell you he's almost there (he's not). Or that he's on his way (probably not). Or if something is broken beyond repair, the fundi (worker) will tell you that he can fix it, no problem (there will be many problems, he might fix it). Tanzanian friends have told me they're able to sense when someone says they can do something, but really aren't able to. They pick up on certain language cues, or visual cues, or phrases that indicate that something might not be possible. I, obviously, have not picked those up yet!

9. What is a myth about your adopted country?
That it's border to border desert. Tanzania, though abundant in desert, is also home to a beautiful coastline. Some of the more beautiful beaches and reefs in the world are on this Eastern Africa coast.

Also, when I tell people at home that I'm learning the local language, Swahili, I always get asked “if that's the one with all the clicks”? No! Swahili is a really beautiful and melodic language. It's easy to pronounce, since many of the sounds are vowel-consanant-vowel-consanant. If you're having trouble picturing it, just think of the Lion King, who borrowed a lot of Swahili words in their movie. Rafiki means friend, Simba means lion, and hakuna matata means...well, it means no worries (technically, “there is no trouble” ).

10. Is the cost of living higher or lower than the last country you lived in and how has that made a difference in your life?
The cost of living here is so much higher than I ever expected! Definitely on par with living in the States...if not more. Tanzania has a weak infrastructure system and weak supply chain, so almost all their goods and foodstuffs are imported. Which means a small tube of toothpaste will cost $5.

In addition to every day costs being rather high, traveling around the country is EXTREMELY expensive- everything from gas, to airfare, to hotels and those all-inclusive safari tours that are becoming so popular. The main reason for my choice to live abroad is to travel often, and with it being so expensive, I haven't gotten out as much as I'd like. Definitely not as much as when I lived in China, where travel and adventure was cheaper and therefore frequent.

11. What advice would you give other expats?
Two things. First, you MUST be positive. It sounds silly, but it can be easy to forget in times of frustration, when all you seem to focus on are the negative aspects of your new, foreign home- the swirling dust, the rampant crime, the massive language barrier, the insane traffic, the hazy pollution, etc. Some days, NOTHING works like I want it to. But mulling over (and worse, constantly talking about) these negative thoughts is such a slippery slope, and I've seen many an expat slide down this rather fast.

Second, it's definitely worth it to get fast internet. Like, 100%. 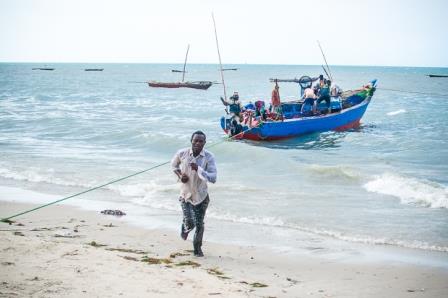 12. When and why did you start your blog?
Like most people, I started my blog mostly to share my story in a new home with friends and family at my old home. That was 2010. I've continued because I have found it's a wonderful way to connect with other like minded individuals- whether it be fellow expats, government-employed families, food-lovers, or travel-seekers. There are so many great little niches to explore online, and I love being part of these communities. In many ways, I feel less far away when I have the ability to be so connected to so many.