From the USA to Ireland to France: Sara in Le Petit Village 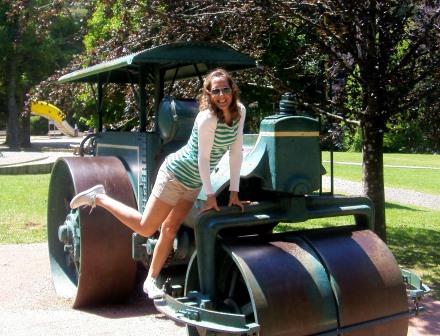 Bonjour! My name is Sara Louise, I'm a New York/ Texas girl living in France by way of Ireland.

1. Why did you move abroad?
I first moved abroad to Dublin for adventure and a change of pace. After six years of living in the Fair City, I moved to a small village in Provence to be with my French husband who I had met in Dublin.

2. How often do you communicate with home and how?
Skype has to be one of the greatest gift to the expat community ever invented. From time to time I still email and Facebook with friends and family, but with Skype, I don't feel as far away. I've skyped into birthday celebrations and Christmas dinner. It's almost felt like I was there. Almost.

5. What do you miss most?
There are many things that I miss about 'home' but the number one thing has to be the convenience of the US... drive through banks, drive through pharmacies, or pharmacies inside of the grocery store, and businesses not closing for two hours during lunch to name a few. And the number two thing I miss is Tex-Mex.

6. What did you do to meet people and integrate in your new home?
Since I married a local I had a built in set of family and friends waiting for me when I arrived. However, thanks to the wonderful expat blogging community, I've made loads of my own friends who are also a great for sharing tips and resources and since they've been through the same experience, always have good advice.

7. What custom/ habits do you find most strange about your adopted culture?
Hmmm... well men carry handbags here, that's kind of strange, and also how practically the whole country stops at midday for lunch. Lunch in France is very important.

8. What is a myth about your adopted country?
French men do indeed wear deodorant and that whole French women not shaving thing isn't true either, they also gain weight like the rest of us and contrary to popular opinion aren't all trés chic.

9. Is the cost of living higher or lower than the last country you lived in and how has that made a difference in your life?
When I left Dublin, the cost of living there was very high, a €50 note wouldn't go very far on a night out, but in my are of Provence, €50 will stretch quite a bit. That said, not all areas of Provence are on par economically. A night out in Aix-en-Provence would be a lot pricier than a night out in Apt for instance. 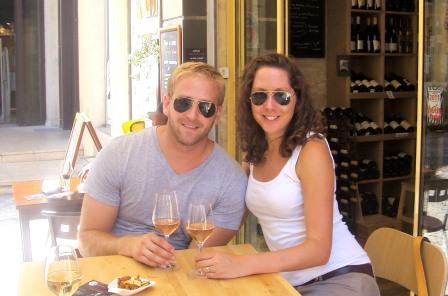 10. What advice would you give other expats?
Learn the language! I cannot stress that one enough. And if you have the time, start a blog. It's a great way to make friends.

11. When and why did you start your blog?
I started my blog six days after moving to France on 2nd October, 2009 as a way to record my transition into my new life and to flex my writing muscles. Before that, I had never even read a single blog and didn't know what to expect. Since then, I've published over six hundred posts and have made loads of friends. I'm very much looking forward to the next six hundred!