From England to Malta to France: The Maltese Talkin 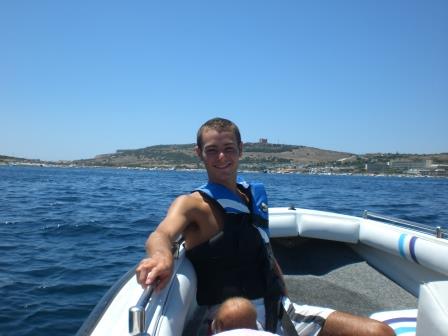 An Englishman confused in Malta.

1. Why did you move abroad?
The first time I moved abroad was because I felt I was following too common a path. I was at university in Bristol but quit after three months to move to somewhere more exotic and sunny!

2. How do you make a living?
Having been a barman in the UK I have never found it too hard to find work doing the same thing abroad.

3. How often do you communicate with home and how?
With my friends, brother and sisters I usually chat on Facebook. With my Mum and Dad it is e-mails with the occasional phonecall.

5. What’s the worst thing about being an expat in Malta?
After a while I got a kind of cabin fever in Malta because it was such a small place.

7. What did you do to meet people and integrate in your new home?
I met people through the jobs I had mostly. To begin with I worked in a bowling alley and later was a social leader at an English language school. Working in a langauage school was an amazing way to meet people. I also lived in a big flat where everybody sublet rooms and there was quiet a constant rotation of people.

8. What custom/ habits do you find most strange about your adopted culture?
Malta is a funny place because it has two first languages. The way Maltese people speak English is very idiosyncratic and at times a little unusual!

9. What is a myth about your adopted country?
I'm not really sure I know any.

10. Is the cost of living higher or lower than the last country you lived in and how has that made a difference in your life?
The cost of living was extremely cheap when I first moved to Malta. This was before they got the Euro and used to use Lira. Even now it is still cheap if you have English pounds to spend. The rent especially. But if you are living there the wages are lower so it is all relative.

11. What advice would you give other expats?
Prepare to be lonely at times, and to hear your own thoughts loudly. 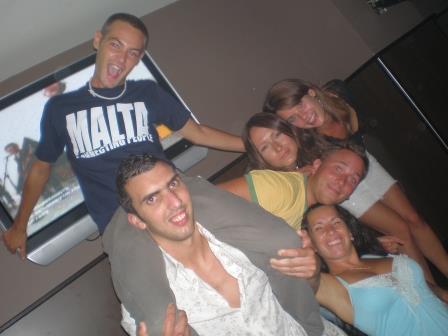 I started my blog after leaving Malta so it is a sort of retrospective. I began the Maltese section thinking it would be a book of sorts but I prefer the way you can link out of a blog, as well as adding images and video with ease.

Now that I am an expat in France (Bordeaux) I am planning on starting a new blog dedicated especially to wine, cycling and learning the language. Watch this space.