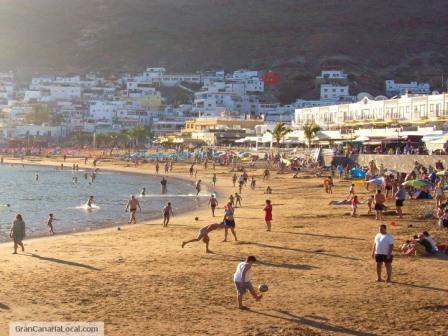 1. Why did you move abroad?
I married a Canarian over here in 1997. We were always asked on our hols on the island about when we were coming to live. My intention was never. I was a born, but not bred, Londoner who didn’t really fancy spending any further time away from his home city. Then came the fateful February of 2004, Sunday the 22nd to be precise. Having just lost her father to leukaemia, the last diagnosis my wife wanted to hear was “childhood leukaemia” for our then youngest son, Alex. At just eight months old, statistically he would be just one of three UK-based kids who would contract this form of leukaemia in his age group that year. Following a six-month stay in Great Ormond Street Hospital, we decided to relocate to Gran Canaria for the extra family support that a mother in law, five brothers in law, and a sister in law offered over my one brother and parents in the UK.

2. How do you make a living?
I run GranCanariaLocal.com, the latest and potentially greatest site about the expat experience on GC. It’s also a useful guide for tourists who want to see beyond the confines of an all-inclusive resort. In addition, I cover the Canary Islands and beyond for the likes of The Huffington Post, The Independent, and Spain-Holiday.com. I’ve also written for a range of in-flight and travel magazines, including features about the most northerly coffee plantation in the world (in Gran Canaria’s Valle de Agaete), carp fishing on GC, and walking Portugal’s Rota Vicentina.

3. How often do you communicate with home and how?
Daily on Facebook with friends and younger family. Weekly phone call with ma and pa.

4. What's your favorite thing about being an expat in Gran Canaria?
The weather. For the first few years I lived here, despite capital Las Palmas de Gran Canaria being scientifically proven as being the city with the world’s favourable climate, there were too many overcast Londonesque days for my liking. That’s because its north-east location (north equaling cold and east cloudy) serves as the polar opposite to the likes of Manchester City and Spain midfielder David Silva’s home town, the south-west’s (south meaning hot and west clear) Arguineguín. I remember being on the beach shivering, later laughingly sympathizing with idiot abroad Karl Pilkington who moaned about the poor weather he suffered on what was supposed to be a sun-filled break, complaining that he only took his top off because he was on holiday. However, the last two years in LP have been great. We’ve even avoided the visit of the panza del burro, the big, grey cloud resembling a donkey’s belly which would envelop the city for the whole of the summer.

5. What’s the worst thing about being an expat in Gran Canaria?
Island fever. You need to get off every now and again. However, that’s easier said than done, as whilst in London it’s relatively cheap and hassle-free to fly to anywhere in Europe, Gran Canaria’s location, just over 100km from the West African coastline but nearly 1,500km from the Spanish mainland, is an isolated one. A fact reflected in the higher airfares.

6. What do you miss most?
London, my favourite city in the whole wide world. There’s no Canarian version of Samuel Johnson extolling the virtues of Las Palmas de Gran Canaria. Although the interior of the island has received more literary love. Poet/novelist Miguel de Unamuno described the Caldera de Tejeda crater as “a tremendous upset of the innards of the earth.”

7. What did you do to meet people and integrate in your new home?
Like it or not, we met a lot of people through Alex’s illness. My wife’s now the president of a charity called Pequeño Valiente set up to assist families whose children are treated at the Materno Infantil, the specialist children’s hospital in Las Palmas de Gran Canaria.

8. What custom/ habits do you find most strange about your adopted culture?
The custom of adding tuna to a mixed salad. Tuna is a bully of a flavour which subdues rather than combines with the other ingredients. And as a vegetarian, I’ve got used to ordering an “ensalada mixta sin atun”.

9. What is a myth about your adopted country?
That’s there’s sunshine 365. We have our rainy days in Gran Canaria, not least in Valleseco, Dry Valley. I always thought this was ironically named until a recent catch-up with GC hiking authority Rambling Roger who told me that of the three valleys in the area, it’s the most parched.

10. Is the cost of living higher or lower than the last country you lived in and how has that made a difference in your life?
It’s lower. But it hasn’t made a great difference. As the salaries are also lower.

11. What advice would you give other expats?
Learn the lingo. There’s an excellent language exchange group with courses in the north, east, and south of the island. If you’re based in the (wild) west, the fact that there’re less English speakers on this undeveloped part of GC will mean you’ll have to learn Spanish quicker at any rate if you want to fit in.

12. When and why did you start your blog?
I decided to launch a site to tie in with my Going Local in Gran Canaria: How to Turn a Holiday Destination into a Home. Initially, this was MatthewHirtes.com. But this July saw the arrival of 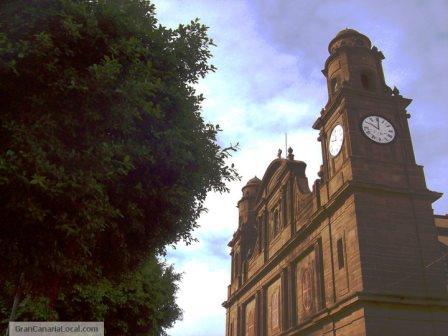 GranCanariaLocal.com. The original site will now become an archive of my articles for both online and offline publications.