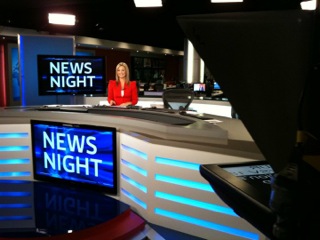 I was born in the ‘land of the long white cloud’ (aka New Zealand) but as a teenager my family moved across the Tasman (with me kicking and screaming) to the land of sunshine and opportunities, Australia!

Despite my initial objections, it all worked out ok in the sunburnt country… I soon learned to talk the Aussie lingo (Fair Dinkum mate) and never looked back.

1. Why did you move abroad?
After ten years as a Journalist and Newsreader with Australia’s 24- hour news channel, Sky News, I figured I’d inhaled enough high octane hairspray and it was time to do something akin to ‘Carpe Diem.’

Having a husband in hotels made that fantasy a little easier. After putting it out to the universe, Hong Kong came knocking and after a few deep breaths, we upped stumps and relocated from Sydney harbor to the fragrant harbor.

2. How do you make a living?
As a mum to a hyped up toddler (Ava) in a foreign country, I’ve really had to reinvent myself. After exiting the sleep bubble (eventually) I resumed my passion for writing and my articles have featured in online publications, magazines and media outlets. I also do a host of other freelance media work like media training, consulting, MC work and presenting. Plus my blog keeps me busy and hopefully - others entertained.

3. How often do you communicate with home and how?
My mum is a devout text messager so we are in constant contact. I know something’s up If I don’t get at least a dozen texts a day. (Thank god for What’s App.) My sister and I do FaceTime quite a bit too and I make regular trips home and fly them to see us as much as possible.

4. What's your favorite thing about being an expat in Hong Kong?
That’s a tough one. I think what I love most about Hong Kong is it’s diversity….

From strapping concrete skyscrapers snuggled together tightly as far as the eye can see to beautiful, tranquil islands in a tropical oasis, Hong Kong really does have it all.

From glossy designer shopping malls to cheap and cheerful markets, sophisticated city bars and simple street stalls, you have a choice of the old and the new.

5. What’s the worst thing about being an expat in Hong Kong?
I find the school system quite intense here. My daughter is two and it’s expected she’ll do five afternoons a week at school. I think blending in with some thing’s that are quite far removed from what you’d do in your own culture is often a struggle. But in saying that, there are ways around it all.

6. What do you miss most?
My family and friends without a doubt!! Trivial things like driving a car and listening to the radio. Don’t ask me what the top ten current hits are!

7. What did you do to meet people and integrate in your new home?
I was pregnant when we arrived in Hong Kong so I decided to go against any preconceptions I’d had and joined a mum’s group!

It was the best thing I could have done. I met lots of likeminded professional expat women all going through the same thing. They’ve been my saviors. Hong Kong is a great place to meet new people.

It’s such a transient community that expats really band together and support each other. Newcomers are always welcome and the locals are super friendly too.

8. What custom/ habits do you find most strange about your adopted culture?
Oh there are a few, it took me awhile to get used to the lack of personal space in public. Being squashed like sardines can be par for the course in one of the world’s most densely populated cities. It’s normal to be shoved and pushed. There’s no ‘excuse me’ or ‘sorry!’

A lot of traditional Chinese customs took me by surprise, particularly the Mainland Chinese habit of spitting, slurping and clearing their throats very loudly in public and/or whilst eating, along with the rampant use of toothpicks!

In Hong Kong, for locals, every day is a date with destiny. Numbers mean a lot and there are auspicious days to give birth, get married and basically buy a house. The number four which sounds like ‘death’ in Chinese is avoided at any cost!

9. What is a myth about your adopted country?
“It’s not very westernized and nobody speaks English.” That really couldn’t be further from the truth but at the same time, HK still manages to keep a lot of its traditional elements (see above)!

10. Is the cost of living higher or lower than the last country you lived in and how has that made a difference in your life?
It varies. Rent is extortionate in Hong Kong but things like food, eating out, clothes etc can be a lot cheaper than Sydney.

Space is very limited in Hong Kong, so living quarters are considerably smaller than that which you’d get back in Australia for the same price.

We are lucky to live in a complex where there’s a big shopping centre downstairs with a train station, movie theatre etc.

11. What advice would you give other expats?
Take each day as it comes. Expect there to be a teething process…Wherever you go, the first year can be tough. it takes time to settle in and call somewhere new home.

It would help to know some Cantonese but don’t feel too pressured, you can get by without it and most expats do. (You do learn a pretty good version of Chinglish!)

12. When and why did you start your blog?
Being a journalist, I’ve had a blog hiding deep within for a long time. This expat journey has seen me encounter so many amusing and interesting situations and learn so much about a new colourful and often crazy culture, not to mention myself – that I thought it could be fun to share. My hope is to be educationally entertaining.

Finally on my two year anniversary here in Hong Kong, I sat down and wrote my story. Mint Mocha Musings was born. 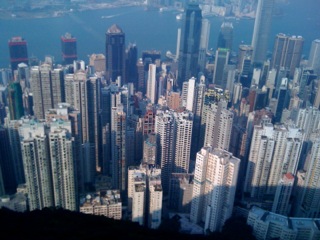 Oh and why Mint Mocha? Since arriving in Honkers, I’ve become slightly addicted. So much so, the cashiers know my order before I even get to the counter. In my world not much is done without a trusty Mint Mocha under my belt.