From London to Indiana: Lost in the Pond 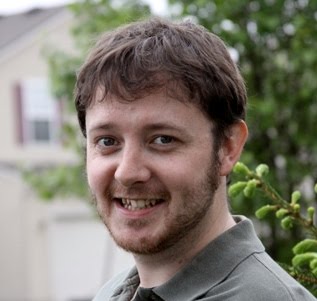 Laurence Brown moved from London to Indiana in 2008 and, as of April 2013, is working and residing in Indianapolis, Indiana.

1. Why did you move abroad?
Ironically, I moved to The United States amid the 2008 recession to seek out work. I had just been laid off from a lucrative position in West London at a time when my wife and I were trying to save enough money to secure her English visa. Switching our plan on its head, we carefully opted to use what was a sizeable redundancy package to buy a couple of one-way tickets to Indiana. We’ve lived here ever since.

2. How do you make a living?
While I am contractually prohibited from discussing my work responsibilities, I can confirm that my job involves a fair bit of writing, editing and traveling.

3. How often do you communicate with home and how?
As a general rule, I speak with my family via Skype every weekend. This way of conversing is honestly not a great deal different from when I lived with my parents, though it would be nice if my mother, father and brother could find a way to all fit on the screen at the same time.

4. What's your favorite thing about being an expat in the USA?
My favorite thing is having a British accent in the Midwest. Happily for me, the locals appear to be under the misapprehension that because I speak “properly”, I am blessed with untold intelligence, charm, and wit. Please: nobody tell them the truth.

5. What’s the worst thing about being an expat in the USA?
The worst thing is also having a British accent in the Midwest. Once Americans know that I am British and that I originated from the same country as the Royal Family, a certain few feel it necessary to assume that I share my lineage with said family, and thus greet me with gawps and wide-eyes. That right there, while falsely flattering, can be a little overwhelming.

6. What do you miss most?
3 Things: Sausage rolls, the transit system, and the British people.

7. What did you do to meet people and integrate in your new home?
Luckily, I am an occasional stage actor and every large town in Indiana has at least one theatre. As soon as you put a bunch of actors together – British, American or otherwise – they’ll remain friends, in many cases, for life. I would say that 75% of the friendships I have formed in the United States were done so within the walls of a theatre.

8. What custom/ habits do you find most strange about your adopted culture?
Americans, at least those in the Midwest, don’t seem to know what a dinner knife is. To this day it causes me no end of concern witnessing my wife eat spaghetti with just a fork. Also, and this is not really a custom as such, but the water level of the average American commode is considerably higher than that in British toilets. For men, particularly, this can be a dangerous feature.

9. What is a myth about your adopted country?
That all Americans are loud. I recently wrote a post in which I argued that loudness among Brits was just as prevalent and that Londoners only notice an American tourist because of the latter’s accent, rather than the loudness with which he or she employs it.

10. Is the cost of living higher or lower than the last country you lived in and how has that made a difference in your life?
The cost of living in Indiana is substantially lower than it is in London, but then so is the average salary. Of course similar comparisons can be drawn between London and other British towns, not to mention Indianapolis and New York City. But if I were to compare the countries as a whole, you’ve only got to look at petrol (gas) prices in Britain to realize that Americans have got it better than they realize. Thankfully, for the most part I don’t let money – or the relative absence of it – weigh on my mind, so the change in cost of living hasn’t had a profound effect on me.

11. What advice would you give other expats?
There is one piece of advice I would give all expats – no matter their country of origin or destination – and it is this: immerse yourself in as many aspects of the culture as possible. The best way to learn about a place, to overcome its differences, is to become it. Mark Twain wrote that “travel is fatal to prejudice”. This is only true if you venture beyond your own garden.


12. When and why did you start your blog?
I launched my blog, Lost In The Pond, back in February of this year, but my interest in American/British cultural differences goes back further than I can remember. At university, I studied linguistic variances between British and American English, something that is a prominent feature of my blog. Additionally, I fell in love very early on with the America presented in TV shows and films, and hoped so desperately that it would live up to such depictions. While I am impressed that yellow school buses (like the one that Superman rescues in Superman: The Movie) are the norm, I have yet to 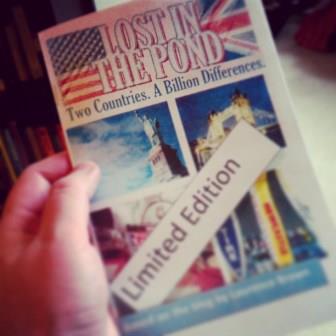 come to terms with the fact that a group of scientists is not, in fact, leading a Quantum Leap Project somewhere in New Mexico. That said, my deep interest in America – and how it differs from my own country – has grown even stronger since moving to the United States. The more Americans I speak to, the more questions that are asked, the more apparent it is that I absolutely had to launch this blog.

Laurence's blog, Lost in the Pond

Guides to the United States of America