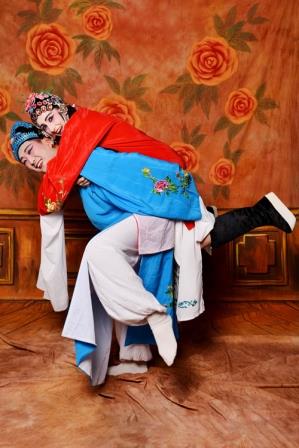 Hi, I’m R from China Elevator Stories. I’m an Austrian currently living in Shenzhen, one of China’s largest cities right across the border from Hong Kong.

1. Why did you move abroad?
I have been studying Chinese and have been interested in China for the last few years. Moving here felt like the natural thing to do. Also, I wanted to further my career. There are great job opportunities for me in China and I feel like my creativity is really being appreciated here.

2. How do you make a living?
I work as an art director/illustrator in a Chinese advertising company. I’m the only foreigner working at my company and luckily my fears that I’d only find a job with really bad working conditions if I wanted to work at a Chinese and not a foreign-owned company have turned out to be ungrounded. If I don’t have to work overtime, I actually only have to work 7 hours a day. Why? Because we get 2 hours off at noon. 1 for lunch and 1 for taking a nap. On my first day at work I told my co-worker (who is now my fiancé ) that I’m not used to sleeping at noon, but I tried it on the second day and got used to it quickly, so now I can’t do without. But of course, napping is not everything we do. In the morning we can have breakfast at the company and because all the napping makes you hungry we can have “afternoon tea” in the afternoon. “Afternoon tea”, which is also known as “Dim Sum”, originated in the Guangdong area, the province where Shenzhen is located. But seriously, sleeping and eating is not all we’re doing. I work in a small team doing interactive design and I’m also working as an illustrator. I think that this makes for quite a nice combination, one thing balancing out the other.

3. How often do you communicate with home and how?
Since I’m planning to get married in Austria in 3 weeks time and we had to organize the whole wedding from abroad, I have spoken with my mother (who has been really helpful) at least once or twice every week for the last few weeks. With my brothers and sisters it really depends, sometimes we write lots of messages and then we don’t write that much at all, especially when we’re all busy. My father is very busy himself, so it is sometimes hard to find time to have a chat. I use my phone, skype, facebook and email to communicate with them. My grandmother is always really happy when we skype and can’t believe that it’s possible to see me via video and talk to me when I’m half a world away from her.

4. What's your favorite thing about being an expat in China?
I can be myself. People might stare at me, they might talk about me, but I can still be myself. They think that I’m different because I come from a different country, but they don’t know how Austrians should behave, so if I’m different from the “norm”, they won’t know.

5. What’s the worst thing about being an expat in China?
The staring can be quite challenging at times. The pollution and the quality of food (not the dishes per se, but food standards) can be pretty bad too. Bureaucracy, well, don’t let me even get started. Having to prepare all the documents for our wedding was a real challenge (and there I thought getting all the documents ready for a work visa was already challenging enough). I feel like in the last 8 months at least 5 of them have been spent handling red tape.

6. What do you miss most?
Clean air, clean water, organic food at affordable prices.

7.  What did you do to meet people and integrate in your new home?
Actually I don’t feel like I have integrated myself very well yet. I’ve been here for a bit more than half a year and since during the week I am at work there isn’t a lot of time left to get to know people. I have the feeling that it usually takes me about half a year until I get accustomed to a place and start to make real friends. Generally, I think that in China public places are a good place to meet people. I’ve met people at exhibitions, at restaurants, at massage places, at the creative market that takes place at the beginning of every month and where young creatives sell their work and of course at work and through being introduced to them via other friends. When I was studying abroad for one year in Kunming, Yunnan province, I thought that the campus and  the library were great for meeting people. Once you know enough people, it’s easy to get to know more people via your friends.

Working at a Chinese company here definitely helps to integrate faster. I was only applying for Chinese companies, because I thought that this way I would get to know life in China on much a deeper level than if I worked in a foreign company here. Since I have studied Chinese for 4 years, luckily language isn’t really that much of a problem. Also, I like talking to locals. People here like to small talk with strangers and I really like that – this is also what my blog is about: Conversations with locals in China. There are so many interesting things strangers will share with you if only you care to listen.

8. What custom/ habits do you find most strange about your adopted culture?
I have to get used to all the pushing yet. I find it quite irritating that people want to get on the subway before people have gotten off the subway first. There are many things I’ve heard that people who come from a different cultural background find strange about China, but I try to just accept things as they are and learn on the way. For example, Chinese medicine and Chinese dietary principles are something that I don’t understand, no matter how much I try to get to know about it. I don’t understand it, but I think that these things have their reason and although it might sound strange if a doctor tells you to only drink hot water and not eat any raw vegetables if you have a cultural background like I do, I have learned to value this kind of knowledge.

9. What is a myth about your adopted country?
That Chinese people only eat rice as side dishes. There are many areas where noodles and breads are staple foods.

10. Is the cost of living higher or lower than the last country you lived in and how has that made a difference in your life?
Although Shenzhen is one of China’s most expensive cities, it’s still much cheaper to live here than to live in Austria. It’s good not to have to worry about money too much (this is definitely not something most locals can say, their salary is often quite low and making ends meet can be pretty tough for them). You can choose to spend a lot of money in Shenzhen, but you can also choose to spend very little. I do spend a lot on food – when I cook myself I like to buy organic vegetables, which are often just as expensive as they would be in Austria. One thing that is definitely more affordable here than in Austria is getting a massage. I don’t have time to go to a massage place very often, but I do like the fact that whenever my back feels sore it won’t be hard to find a massage place and that in comparison to Austria it will also be much cheaper.

11. What advice would you give other expats?
Try to indulge yourself into the culture of your host country as much as possible. Try to make friends with locals. Stay optimistic and don’t blame your host country if things don’t always work the way you’re used to. Don’t try to judge things just because they are different. And of course, don’t forget to have fun. 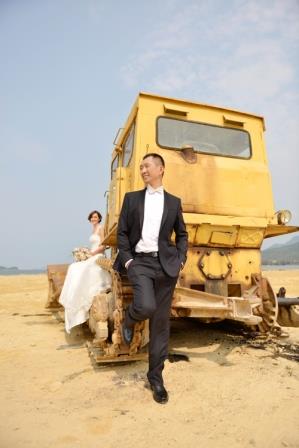 I started blogging last November. I had a blog a few years ago, but after a few entries I stopped writing. This blog is different from my old one in that it mostly features conversations with locals, letting the locals speak so to say and that it is meant to be for a wider audience. It’s not so much about my life as it is about the life of locals. I have recently also started using illustrations with my blog posts. I had the idea for the blog after I had a conversation with a taxi driver and a few conversations in elevators. I had always wanted to blog again, but I was missing an idea how to make my blog interesting for a wider audience. I feel that I always need to balance things out, when I’m designing the whole day, writing definitely is a good balance. I also like to read what people think about certain topics and appreciate comments.

To find out more about living in China,