From Cincinnati to Poland: Living in a city that I can't pronounce 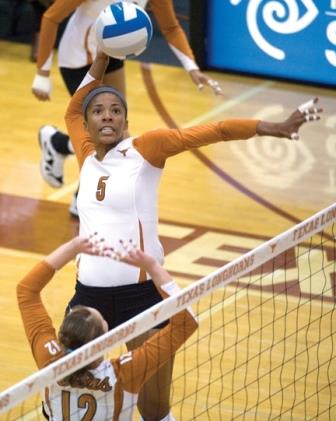 My name is Rachael Adams and I am originally from Cincinnati, Ohio in the United Sates. After attending the University of Texas as a student-athlete, I moved to Bydgoszcz, Poland in July 2012 to pursue my professional career in volleyball. I have one more month left, till May 2013, and soon my journey here in Bydgoszcz will come to an end.

1. Why did you move abroad?
After playing volleyball at the University of Texas for four successful years I knew I wanted to continue my career overseas and play professionally - but where? I had no clue. Transferring from American college volleyball to professional European volleyball is tough since your resume doesn’t exactly get translated or hold the same value as it did in the US. Many of my past teammates and friends have continued their career overseas so the idea to move to a foreign country for more than half a year wasn’t an alien idea to me.

2. How do you make a living?
So, as you can guess, my way of making a living overseas is playing professional volleyball for KS Palac Bydgoszcz in Bydgoszcz, Poland. The season is from July 2012 – May 213 and this is my first season playing professionally so there have been a lot of ups and downs and things I’ve learned. I am an adventurous person and can adapt to environmental change easily so accepting living in a different country was easy for me. But the balancing a new career and being far away from home was difficult towards the end, especially around the holidays.

Going to the University of Texas, which was 17 hours away from my hometown, I was accustomed to being away from home for long periods of time due to training commitments, but not being home for any holidays was new for me.

When being on a team, communication is key. Commutating on the court, practice times and time changes, and last minute important information required a lot of focus.

Every relationship is important and having a language barrier made these things difficult. Relationships between my athletic trainer, coach, teammates, and team manager were a challenge and often required one of my English speaking teammates to translate.

In the beginning I was running around like a chicken with my head cut off because my coach was explaining practice drills in Polish and constantly yelling out things. But fast forward to now and I finally have a grasp on the language, key words to listen to, knowledge on how to interpret certain body language, and so many more helpful methods of understanding him and surviving a foreign practice.

3. How often do you communicate with home and how?
Communication has been one of the easiest things about my journey due to technology. Skype to see faces of family and friends, social networking sites to stay in touch with other friends back home and follow what they are doing with their everyday life, IPhones which comes with free messaging to other IPhones users, and apps that have created applications for free calling and texting.

The most difficult aspect of communicating has to be the time difference. I am going to bed as everyone is starting his or her day and when I wake up, everyone is fast asleep.

So summary, my MacBook and my iPhone are my best friends living overseas.

4. What's your favorite thing about being an expat in Poland?
There is always something new to learn about Polish culture and its people everyday and this happens to be my favorite part of living overseas. Not a day goes by when I don’t learn something new or interesting or observe something that differs from my own culture.

In the beginning when it was warm and I had more time, I loved going on adventures in the city, getting lost, trying new things and it was an interesting experience doing it alone. In some way, living overseas was a huge retreat for me. Although I was here to play volleyball, I also learned so much about myself from what entertains me, what makes me happy, sad, nervous, what gets me out of bed after 5 months, who stays in contact with me, and so many more things. You are really tested mentally and emotionally during these 8 months.

6. What do you miss most?
I miss the simple things. Dryers, washing machines that take an 1 hour to wash, American cereal brands, going to the grocery store and being able to read labels, eavesdropping on random conversation when bored in line, the sun (during the very dark and grey winter times), my family and friends, my automatic car, American electrical outlets and now having to use converters, and other simple things like that.

7. What did you do to meet people and integrate in your new home?
Luckily, my blog did all the work for me. Without my blog I would not have met my second home/family that is from America. One of my readers told me that there was another American woman writing a blog, so I checked it out and messaged her telling her my story of why I was here and the rest was history. They come to every one of my games, have me over for dinner, invite me to events, and are pretty much have become my second family. We have homemade sushi nights and that was only the beginning. It is nice to have a distraction from volleyball and get away.

8. What custom/ habits do you find most strange about your adopted culture?
I’ve been here for so long that everything has become normal to me. In the beginning I noticed all the things that were different and now I can hardly name several. One that has stuck out to me were the graveyards. They are so beautifully decorated and constantly have visitors and flowers on them, which is the complete opposite when comparing them to the US cemeteries. I remember when I first walked past one I literally stopped and stared.

9. What is a myth about your adopted country?
Coming into Poland I have never heard any bad words spoken about the country or any myths. The only thing I heard and knew was that it was going to be freezing in the winters and that I should prepare myself and unfortunately it was true.

10. Is the cost of living higher or lower than the last country you lived in and how has that made a difference in your life?
For me, the cost of living is lower than the US and has thankfully been nice on my wallet due to exchange rates. Things like eye contacts, dentist office trips, and grocery store shopping have also been a positive change for me when it comes to prices. In the US, eye contacts require visiting the doctor being picking up contacts and shipping rates where here in Poland I can go to the store and pick up a box without anything.

11. What advice would you give other expats?
My only advice is to go in with an open mind and don’t be afraid to embarrass yourself.

12. When and why did you start your blog?
About a week till I had to leave for the 8 month season in Poland, I decided to create a blog. I always wanted to write a blog, but I had no idea what I would write about and I didn’t know who would even read it so I finally had the perfect excuse and reason AND an audience. – Keeping my family and friends updated on my life in Bydgoszcz, Poland.

Instead of constantly telling the same story and sharing the same pictures amongst many different people, I thought a blog would allow me to update and inform everyone all at once and in one convenient place.

Even though it would be family and friends reading my blog, it wasn’t easy to start because I never thought of myself as a good writer and feared people would constantly judge my grammatically incorrect sentences or writing style like an English teacher. And it doesn’t help that I absolutely hate hate hate proofreading. Emails, essays, blog post whatever.. if it has a lot of words and it took me long to write, the last thing I want to do is read the nonsense I just wrote. So if you see mistake in my write don’t tell me about them ;)

Anyways, after I got over the fear that people would judge and not like what I wrote or thought it was easy and became fun.

It took me a while to come up with a name to call my blog. I am known as a pretty creative person so the only thing I knew about the title was that it couldn’t be boring. And then at a random moment the blog gods delivered the blog title to my brain and it became known as “Living in a city that I can’t pronounce”.

And then I decided to do an interview that

changed everything. My once open and free thoughts and observations about my team, coaches, activities, and everyday life that were meant for my friends and families were now in the hands of many strangers. AH! Although it is no longer a private blog, I wouldn’t have it any other way. The blog has been an adventure in itself and has kept me very entertained for the past 8 months.

I met so many people and learned so many things. What other foreigner can type a question and get a first hand respond from people of Poland? Definitely has come in handy many times.

Rachel's blog, Living in a city that I can't pronounce