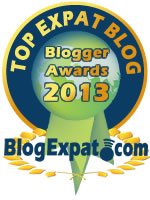 As our extensive collection of expat blogs has grown, we have found that every expat has a story. It has been our pleasure to share these stories through our twitter round-ups, articles, and in our series of Expat Interviews.

Last year we celebrated our first year of Expat Interviews with some of the best answers in the series. Some answers were inspiring...

Why did you move abroad?
Jack Scott - From London to Bodrum: "I was a petty bureaucrat for 30 years gently ascending a career ladder to middle management, middle income and a middling suburban terrace; comfortable, secure and passionately dissatisfying. I thought it high time to take a break from my labours, put my feet up and watch the pansies grow."

What do you miss most?
Steve - From Greenwich to Beijing: "I think the anonymity - I can walk round most places in Europe or the Americas and just go about my business, but here I stick out entirely. The better I become at Mandarin the more I realize there are so often people watching and commenting loudly on my every move."

...and some were downright wild.

What custom/ habits do you find most strange about your adopted culture?
Marie - From Colorado to Rabat: "Strangers coming up and kissing my blond children on the mouth. You see, blond children are considered lucky here in Morocco. Moroccans are extremely friendly and love children, but in America we call people who do this pedophiles. By the way, my children do not consider themselves lucky for being blond in Morocco..."

This year, we wanted to find another way to feature the best expat stories. Last month we announced our first BlogExpat's Top Expat Blog Awards and the day has come to announce our winners! These blogs have been picked for their ability to voice the triumphs and tribulations of life abroad, highlight their adopted country and travels, and their unique perspective, photos, writing and blog design.

Mike and Jess in Malta 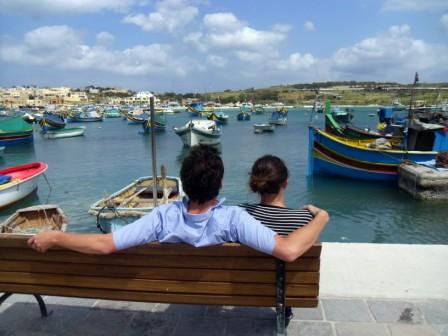 If you've ever wanted to escape your life to live on a Mediterranean Island, Jess & Mike can tell you how it's done. The duo left Halifax, Canada for island living with their two adorable Dachshund Chihuahua crosses in 2010. They document their beautiful life abroad with breathtaking pictures of Malta and their many travels, with equally gorgeous prose. Their blog is not just stylish, it is a window into a life so many of us dream of.

We're not the only ones to notice their fine work. They have been featured on many other fine sites including an appearance on US TV show House Hunters International. We have also made use of Jess's tireless research skills and concise writing style for our country guides of Malta and Canada on our services site, Expat-Quotes, in our interview series and in an upcoming EasyExpat Guide to Malta.

www.mike-jess.com
About them, in their words: "We are travellers, risk takers, and writers. We love our camera, thin crust pizza, and Maltese ravioli." 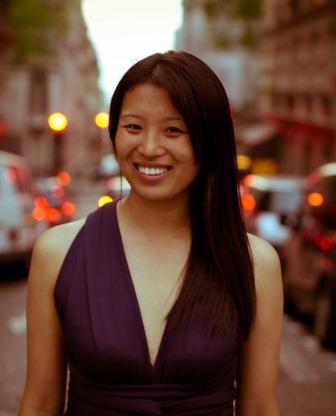 When you have expat in your name, you know it's serious. Edna has made a career of being a serial expat and is so much on the move that she offers "Where am I?" (Back from / Currently / Upcoming trip) on her blog for all of her fans to keep track of her rapidly changing geography. Currently, Edna is an American writer living in Paris, but she has also called China and Singapore home since she first left the States at age 18. Edna has covered sporting events from London to Azerbaijan and has set her blog apart with features like her "I Love My Neighborhood" series in which other expats share their corner of the world. Travel the world with Edna!

Edna participated in our interview series and shared her experience and advice on expat life.

expatedna.com
About her, in her words: "My philosophy is Travel slow, but never so slowly that you get too comfortable. " 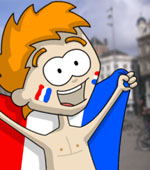 Who knew a cartoon redhead from England could provide so much insight into Dutch life? Whether he is bemoaning the dreaded circle parties, celebrating losing his bicycle, or trying to explain Sinterklaas, "accidental expat" Invader Stu manages to uncover a lot of hilarious truths about the Dutch. Paired with this valuable information are Stu's charismatic cartoons, often cloaked in orange, sometimes riding a bike, and always illustrating another fascinating look into life in Holland. Now that Stu has married a Dutch woman and had a Dutch baby, it seems like the Netherlands has him for good.

Stu and his cartoons have proven to be one of our most popular blogs in the directory and have graced our interview series. He has also provided a post on Expat-Quotes, "A Tourists Guide to Holland".

www.invadingholland.com
About him, in his words: "A lot of people have asked me this question and I always have to answer with, 'I didn't. It was an accident.'"

The classic expat wife or "trailing spouse", Australian Kirsty Rice is anything but typical. She shares information about her family and life abroad that ranges from the deeply thoughtful to the horrifyingly embarrassing.

"We were standing in line at the 10 items or less counter when little traveler number 3 turned to me and asked in a nice big loud voice "Why is the front of your bottom hairy?" I prayed that the people around me were non English speakers but when the girl behind the counter smiled and the man in front of me snorted I gathered this was a conversation we were sharing with everyone. "

Kirsty has somehow managed to shepherd her family of four little travelers, one husband, and a dog through 7 countries in 11 years with a degree of humor and class I think most of us could only dream of. Even if she has had to describe the term "Shamozal" (when things may have turned a little.....pear shaped) countless times, it has made for a fascinating story.

shamozal.blogspot.com
About her, in her words: "Kirsty's four children have been born in four different countries and she congratulates herself on not leaving any of them behind in the moving process."

In Search of A Life Less Ordinary 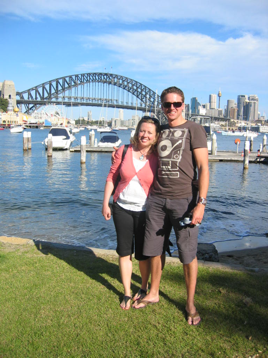 Russell's blog has been adorned with praise from every corner of the internet for good reason. A British expat who moved to Canada, then followed his wife to her home of Sydney, Russel has mastered writing about the internal struggles of expat life. The proud new father of a little boy, Russell's new adventures into fatherhood have already provided valuable in such posts as "What to Expect when you're not the one Expecting". ISOALLO is the blog to follow for anyone interested in shacking the shackles of an ordinary life, whether they be expat, traveler, or just an extraordinary individual.

Along with a plethora of other places in which you can find Russell's writing, he completed one of our Expat Interviews and also appeared on the US TV show House Hunters International.

www.insearchofalifelessordinary.com
About him, in his words: "I left England in 2003 in pursuit of less stress, more emphasis on the great outdoors, and seeking out a healthier, fuller way of living life."

Think we missed your great blog or someone else's? Make sure they are registered in the directory and tell us why you think they are a stand-out. Also read our tips to creating a great expat blog.

And stay tuned! Next Top Expat Blog Awards will be announced next quarter in June.