The change of seasons is always a high time for cold & flu season. The runny nose, hacking cough, and bone-tired feeling is something most of us know all too well. As those of us in the Northern Hemisphere struggle to shake off the chill of winter on this first day of Spring, the last thing you want is to start the season feeling sickly.

Doctors and health professionals provide similar tips for staying healthy all over the world.

Outside of these standard recommendations, there are other considerations in relation to where you live. Some of these simply make sense for the region and climate...while other health tips may seem truly bizarre to an outsider. This is the latest post in our series of "____ Like a Local" where we provide tips to avoid the worst faux pas and an overview of standards around the world. We will cover how different people try to stay sick-free, as well as some of the superstitions surrounding health. As an expat, it is in your best interest to understand the health standards in your area, whether they are just old wives's tales, cultural quirks, or the best way to avoid germs.

Austrians consume about 888 liters per year. Some Austrians enjoy it so much, they even bathe in it! Beer spas seek to rejuvenate people through delicious beer bathes. And of course you can enjoy a brew as you soak.

Despite the heat, drinking cold liquids isn't always encouraged. If you have a cold, asking a Brazilian for a cold drink may result in a scolding. Another surprising custom is that you should never shower or bathe after a meal. Though there appears to be an absence of science to back this up, many Brazilians hold onto this belief.

Unusual therapies are the key to health for some Chinese. Urine has been used as a "miracle cure" and can even be drunk to relieve minor ailments such as the colds, toothaches, and skin problems. Fire cupping is another unusual Chinese practice that began as a way to drain toxins from snakebites. Despite their unusual nature, both of these practices - as well as many other traditional Chinese therapies - have been adopted in other parts of the world as luxury health and beauty treatments.

The Chinese are also spitters. This is not a euphemism, Chinese generally find spitting almost anywhere acceptable. Phlegm is believed to be a manifestation of illness, so getting it out - spitting - is an important aspect of good health.

Fresh air sneaking in through a window or door is the recipe for stiff muscles, a cold, or even serious illness. "Es zieht" (which literally means "it pulls" ) refers to someone feeling a draft. A rush of fresh air is especially dangerous when combined with any kind of moisture. Wet hair in public is a serious no-no.

German toilets are again the topic of conversation within the expat community, primarily those with the shelf. Also known as the "lay and display", these shelves can provide a serious obstacle for cleanly eliminating waste. Though the ubiquitous toilet brush can be found at every toilet (even in restaurants), the question remains of why this style exists at all. Though there is not a uniform consensus, it appears at least some Germans consider this a necessary step of good health in examining you leavings.

In many eastern countries, using your left hand is unacceptable. This is the hand in charge of bathroom duties (in lieu of toilet paper) so it's use in shaking hands, eating, or just about anything is undesirable.

The mighty power of the potato cannot be overstated in Ireland. While the potato may just make you think of the Irish potato famine, don't count it out in modern day society. It is said that the potato can be used to soothe tonsillitis by placing a stocking filled with hot potatoes against your throat. In addition, rubbing a fresh-cut potato on a wart and then burying it in the garden is an old wives tale that some people still follow. 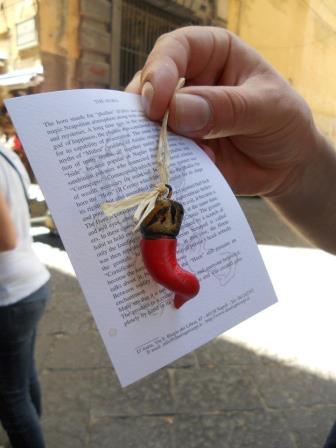 one. This can allow for rampant superstition, especially in the south. Some of these concern a person's health, such as colpo d'aria meaning "punch of air". A stray draft or even air-conditioning can be blamed for anything from a cold to paralysis. Wet hair is basically asking for trouble, or at least a cold. Drinking ice cold water is believed to give you a sore throat.

Another serious health risks includes encountering the evil eye which can happen in many seemingly innocent ways. Known as Malocchio, it can be attracted by something as simple as giving a compliment. This attention is tempting fate and may draw the evil eye. To counteract this, one must make the sign of the horns (corno). You can also see this symbol decorating jewelry, cars, etc.

Japan is known as a nation of perpetual movement, but many Japanese also recognize the need for rest. A sleep researcher study from Cornell University found that Japanese often make time for daily 20 to 30 minute naps. These catnips can help lower stress and allow bodies to burn body fat.

Another aspect of clean living is the dirty business of using the toilet. There are two types of toilets in Japan, "squatty-potties" and "western-style". Some believe that squatty potties are healthier for the body. Squatting toilets are also cheaper to make, consume less water, and due to the lack of direct contact with the seat can be more hygienic. Some toilets also offer a helpful setting for nervous bladders. Known as princess setting or Oto-hime, this feature makes a flushing sound or music so no one can hear you use the toilet.

Some expats in the Philippines have been advised to avoid cutting their nails at night. The reasoning for this is puzzling, but appears it may be related to bad luck. In other cutting news, it is considered a bad omen to cut a baby's hair in the first year.

The peculiar ailment of "fan death" has puzzled many an expat. It has even been listed on several death certificates! So what is fan death? It is the belief that if you leave an electric fan running overnight in a room with the window closed, you can die. No matter the oppressive summer heat, it has been stated fan death kills because:

Despite the incredulous nature of this claim, "fan death" actually may be a thing. When it is extremely hot, using a fan in a sealed room can increase the risk of heat exhaustion, particularly in the elderly.

Another curious health myth is that showering within 24 hours of getting a vaccination can be deadly. There are no reported deaths or science to back this up, but don't be surprised if your Korean fiends warn you about this issue.

The spicy delights of Thail cuisine are not just tasty, but beneficial to your health. Spicy foods have been accredited with speeding up metabolism, but it seems more likely that hot foods prevent you from eating them too fast and help you avoid over-eating.

Children are often doted on in Turkey and there are a million ways you can be "parenting wrong". Feeding your child a cold drink can cause their throat to close, if they sweat and aren't changed they will get sick, if they eat ice cream in winter they'll get the flu, and so on. Miracle cures are frequently touted...at least for a while.

The nazar, or evil eye, can be found everywhere. The blue glass stone is placed inn doorways, cars, and on jewelry to protect them from evil.

Sayings like "An apple a day keeps doctor away" are more than just catchy, there is some truth to them. Apples are a classic American crop and full of nutrients, aiding in good health. On the other hand, "Gum will stay in your stomach for 7 years" is an oft repeated, and completely untrue statement. While the base of gum is mostly indigestible, it does eventually pass.

Another old wives tale that doesn't kind stand up is that most body heat is lost through your head. Parents and grandparents have been telling their young ones that this is a sure way to catch a cold, but in truth, you lose about as much heat from your head as in the rest of your body. In addition, being cold has very little to do with getting sick. While being cold can potentially lower your immune system, the only way to catch the flu is to come into contact with the virus.

For more tips on fitting in, read Eat Like A Local, Talk Like a Local, Tip Like a Local, Date like a Local and Greet Like A Local. To hear more stories of health and life abroad, follow along with our Expat Blogs and Expat Interview series. Watch next week as we announce our TopExpat Blog Awards!

This is merely a fun collection of quirky observations, but have you found any of these to be true in your expat life? Share stories of what you have found abroad in the comments below.