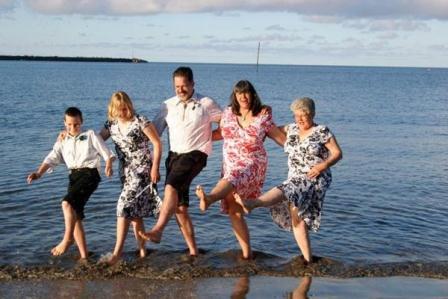 My name is Betty and I moved from Kansas in the US to New Zealand in 2006.

1. Why did you move abroad?
In 2003, I joined a forum board and became friends with a lot of people all over the world, including my (now) husband  who lived in NZ. After about 3 years of PMs, emails, IMs, Webcam-ing and telephone calls, I decided to take a chance for once in my live and move to New Zealand.  We got married in a boat off the coast of New Plymouth, Taranaki, in 2006 and had fish and chips on the beach for a reception.

2. How do you make a living?
I am fortunate enough to be ‘retired’ and was a stay-at-home-stepmom for a few years until the kids moved out.

3. How often do you communicate with home and how?
I have no family left in the US, but I email my best friend and call her occasionally. For the others who are interested in my new life, I blog.

4. What's your favorite thing about being an expat in New Zealand?
I love being so close to the ocean. Anywhere in NZ is less than 90 minutes from the coast.

5. What’s the worst thing about being an expat in New Zealand?
Shopping is the worst. After I got over the shock of high prices, I had to learn that ‘comparison shopping’ is not an option. If I see something I need, I have to buy it because it may not ever be on a store shelf again!

6. What do you miss most?
Window screens and insulation. Most houses here don’t have either. It’s just from 2000 that insulation is required here in newly built homes. And WalMart. Mostly WalMart.

7. What did you do to meet people and integrate in your new home?
I am content to be by myself most of the time, but I have joined the local Seniornet group and I volunteer to teach computer skills there. I am friends with some of the members there. Also, I bake a lot and share with my neighbors--a good way to break the ice.

8. What custom/ habits do you find most strange about your adopted culture?
You’d think English would be basically the same anywhere, but nooooo, it’s not! British English is like a foreign language to American English, so the first few years was spent having my husband translate for me. Another thing is that NZer’s use a lot of abbreviated words, (like ‘rego’ for car registration or ‘bikky’ for biscuit [cookie]) that take some time to figure out.  Also, you can’t buy a pizza here with Italian sausage on it. I’m not fond of bacon with barbeque sauce on my pizza, so I make our own.

9. What is a myth about your adopted country?
Most people who know where NZ is think it’s a part of Australia when it is really an independent country, even if it is only the size of Nebraska.

10. Is the cost of living higher or lower than the last country you lived in and how has that made a difference in your life?
It is much higher here than in America. Being such a small country, there is little manufacturing so most things are imported and, thus, higher priced. We produce a lot of dairy products, but we pay the same price in NZ that is charged overseas. Conversely, my husband works for the dairy industry and that same industry allows me to not have to work outside the home because it pays so well.

11. What advice would you give other expats?
Your new country is a different world, so get out and look around. When you are doing what you want to do (taking photos, biking, walking) you will find others with the same interests.  And don’t be afraid to try new things! 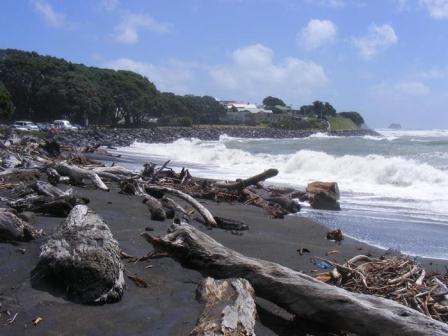 12. When and why did you start your blog?
I started my first blog (My views of New Zealand) in 2007 as an easier way of keeping in touch with those ‘back home’. A bit later, I realized that I wanted to share some of the thousands of pictures I had taken, so I started ‘Photographing New Zealand’.

More articles
Djokovic drama puts Australia's COVID-19 policies back under the spotlight
Few nations have had their COVID-19 policies as scrutinised, praised and criticised as Australia. The country`s strict ...
Recent Developments for Filing U.S. Taxes as an Expat in 2022
For most Americans residing overseas, filing a U.S. tax return, if done right, is only a reporting exercise that ...
New visa for retirement in the UAE
The UAE government has over recent years introduced new types of visas to encourage expats to live in the region for ...
How to move to Singapore: a guide for expats
This article will explore everything you need to know about making the move to Singapore. ...
Quebec set to welcome more migrants to address its labour shortages
The Quebec government is making the immigration process easier to encourage more foreigners to settle in the Canadian ...