From Australia to Canada: Skippy or Bullwinkle 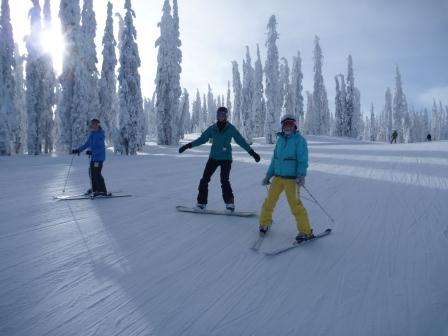 I’m Emily and have been living in Canada since March 2012 with my husband. I moved from Australia to Kamloops in Canada, and I’m doing my best to work out how to snowboard and see as much of North America as I can.

1. Why did you move abroad?
My husband and I both worked for a Canadian company in Australia, we were lucky enough to get an inter-company transfer.

2. How do you make a living?
I’m an Environmental Engineer and my husband is a Metallurgist, we were lucky enough to have the company work out our visas so everything has been relatively smooth work wise. There’s a few work place differences, but I’ve enjoy my job and that hasn’t changed here.

3. How often do you communicate with home and how?
Skype, iMessage and WhatsApp. A lot of my friends are living outside Australia so we’ve set up a few WhatsApp group chats, which is a great way to be regularly in touch. I Skype family and friends on the weekends when we’re in town.

4. What's your favorite thing about being an expat in Canada?
Experiencing true four seasons. Australia doesn’t really have winter or autumn, which is quite a lot to miss out on!

5. What’s the worst thing about being an expat in Canada?
Not having credit history. We’re treated as though we are worse than bankrupt. I think 90% of expats in the US or Canada will say that getting a credit card is one of the most frustrating ventures. We’re making the most of being close to the US so we travel a lot, therefore a credit card is essential especially as Canada is only just starting to get Visa Debit.

There is a huge shortage of doctors outside of big cities, so it’s almost impossible to get an appointment without a family doctor (which usually takes over a year).

6. What do you miss most?
My friends and family. I didn’t realize it until a month or so ago, but I really miss the smell of Australian summer. Hot eucalyptus leave. Mmmmmm… Also, there are a bunch of random foods that I miss, Jaffas, Cherry Ripes, Picnics, Allans Lollies, Starbursts! Junk Food.

7. What did you do to meet people and integrate in your new home?
We tried not to say ‘no’ to anything when we first got here, and invited people to as much as possible. I also brought Australian foods to work and parties, to keep people interested. In me

8. What custom/ habits do you find most strange about your adopted culture?
I live in a sort of country town, so hunting is a pretty big deal. In Australia there isn’t really anything to hunt and eat, so the thought that people shoot for meat was kind of weird. I’m aware this makes me sound super “city”, but no one shoots Kangaroo in Australia and eats it!

9. What is a myth about your adopted country?
That everyone here skis or snowboards. It’s like how people think everyone in Australia surfs. The ‘Eh?!’ thing isn’t a myth

10. Is the cost of living higher or lower than the last country you lived in and how has that made a difference in your life?
I think this is hard to compare because it’s always more expensive to be an expat rather than a local. We’ve found that it’s actually pretty similar. In Canada taxes aren’t included in the display price, so at first glance it may seem cheaper. Once taxes (and when eating out, tips) are included it’s about the same. Travelling is a lot more expensive because Canada doesn’t have a “discount” airline. No frills service but at the full service price! 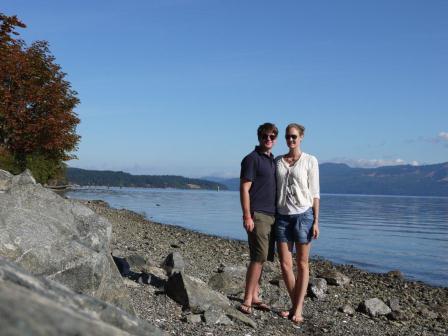 Be careful when working out and budgeting your income, as taxes can be very different to what you expect. Try and make friends early, and be a good friend when you’re there (socialize, stay in touch, invite people to things, make them treats from home). Get your name on a waiting list for a family doctor and dentist as soon as you arrive as it could take a while, usually over a year in smaller towns.

12. When and why did you start your blog?
I started my blog around a month after I arrived, in order to keep my family and friends up to date with what’s going on in our lives. The only downside is my friends said don’t feel the need to call me because they already know what’s going on in Canada!