Unsure of exactly where to start, I started the "American Expats" blog in February 2012 to highlight newsworthy moments of Americans abroad. Using the leaping off point of my fellow countrymen in the news, I offered up my experiences and findings while living abroad. An extension of our informational articles and guides on EasyExpat and partnered with our French language blog, Chroniques d'expatriation, we sought to offer a personal perspective to the life of an expat. I wrote,

"This blog will bring stories of American expats to the forefront. I will scout out stories in which Americans share the unique experiences that make up our immigrant life, discuss the difficulties of being away from "home" and other news stories concerning American policy".

Since that time, I've further defined some of the challenges we all encounter living abroad. Not just Americans struggle to understand their new life as it pertains to

Looking over these posts, a progression can be observed. The purpose of this blog has evolved from simply reporting on obstacles and triumphs of American expats to venting, exploring, and discussing the human element of living abroad. Most often, this has involved my somewhat spectacular fails in understanding the new world and culture around me. From searching in vain for Mexican food in Berlin to trying to make friends with the Germans it has been a struggle, but one that I take on willingly. I constantly remind myself when my surroundings threaten to drive me insane that no one asked me to move here. It is up to me to adapt, because Berlin is not going to change for me. 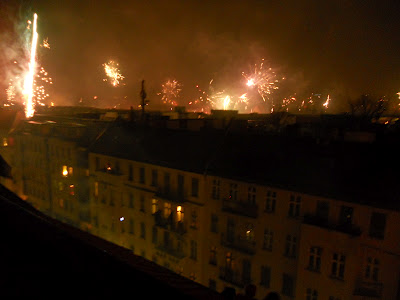 As I write this, the city is already literally exploding as the bountiful German-made fireworks blast off around the city. This is my 4th New Years Eve in the city and it is still as bizarre to me as it is wonderful. The American cries of "Careful - it'll poke your eye out!" are replaced by German children running around with fireworks the size of their small bodies and every teen armed with a bottle a champagne and a cigar. It's terrifying. And amazing. I think more than any other night, I never have felt further from home than on Silvester. That's a good thing. I didn't move around the globe to have the same experiences as I had as an American in the US.

I'm not much for New Years resolutions, but I do have goals for the future. I want to continue to evolve in 2013, along with this blog. While I hope my struggles thus far have at least entertained, I am constantly striving to also make them useful. If you want to hear about something specific I am currently (probably) failing at or have a news story or issue you would like to discuss, please leave a comment below or contact me on the BlogExpat Twitter or Facebook page.

For now, I am preparing. Tonight, and the rest of 2013, is sure to be a crazy, wonderful ride. I think I am ready. 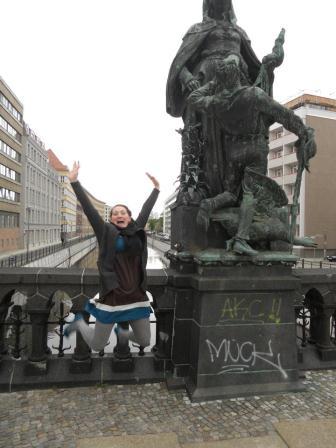