From Germany to Japan: Zooming Japan 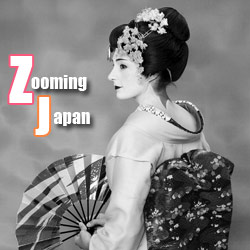 Hi, my name is Jasmine. Originally I’m from Germany, but now I live in Japan. I planned to only stay a short time, but after many years I’m somehow still here.

1. Why did you move abroad?
I’ve been interested in Japan ever since elementary school, so I at least wanted to visit once. When I was in school, I didn’t get any chance. As a university student I didn’t have any money. As soon as I graduated I went for a short vacation and fell in love with the country. I knew that those few weeks I spent there weren’t enough. I wanted more!

And as I just got my MA degree I had nothing to lose. I sent a few applications, got a job and moved to the land of the rising sun.

Visiting a country you were always interested in, then realizing that it’s even better than you expected was motivation enough for me to make the big move. I wanted to get to know the culture, the food, the people and the language more.

2. How do you make a living?
I started out – and am still working – as a language teacher. Usually that’s the “standard” job for foreigners in Japan who can’t speak Japanese well enough. However, in my case that was what I studied in university and I loved the job more than I ever expected.

Now that I’m almost fluent in the language I could do other jobs, but I still enjoy teaching very much, so I don’t see a reason to change careers.

To me working as a language teacher in Japan is a lot of fun. I get to know many interesting people and it’s a great way to experience the culture of a country!

The Japanese working system is very strict and tough at times, but from my experience it’s not too different from the German one. I noticed that people from other countries such as America or Australia sometimes struggle more to fit in.

3. How often do you communicate with home and how?
In my first year communication with my friends was very frequent and done mostly by e-mail. After 5 years of being away from home it is not as frequent anymore, but I still keep them updated. I exchange mails with my family once a week and sometimes we talk via Skype. I mainly use Skype to talk to my grandmother actually. She doesn’t have a computer and with Skype I can reach her on her normal telephone for a very low rate.

4. What's your favorite thing about being an expat in Japan?
I like several things about life here that I consider to be better than back home in Germany.

I love Japanese food for one thing. The train system is amazing. It’s so easy and pleasant to travel here.  Service in Japan is good, fast and friendly. Streets are mostly clean and the crime rate is low. People might even run after you to bring you your purse if you left it somewhere.

On top of that I like that religion can be found in everyday life, but it’s not as strict as in many Western countries. I like that kind of freedom.

5. What’s the worst thing about being an expat in Japan?
There are actually quite a few and I keep writing – or should I say ranting – about them in my  blog series “A German Alien in Japan”.

As in most Asian countries you’ll always stand out as a non-Asian foreigner. Japan is a very homogeneous country with very few foreigners due to the strict immigration requirements (compared to many other countries) and the fact that it’s an island.

There’s often a lot of staring and whispering when you pass by. Most Japanese people seem to assume that all Western-looking people are from America and might approach you asking questions about America …

Many people seem to be worried about racism in Japan. Let me tell you that - just like in any country - there is some racism, but compared to many other countries I’d say it’s rather harmless.

The worst thing is that – although Japanese people mean no harm – they let you feel every single day that you are different and that you don’t belong here. Even after living here for many years and speaking the language, I’m still treated as the “tourist” or the foreigner who will just stay for a few years and then go back home. That can be tough at times.

6. What do you miss most?
Apart from my family and friends and the conversations you can have with them, it’s the food! As much as I love Japanese food I miss German bread (dark bread, whole-grain bread) and cheese!

I also miss a moderate summer climate, because summer here in Japan is extremely hot, humid and long. Furthermore I miss the feeling to be able to walk on the street without being stared at permanently.

Sometimes I miss being in a relationship. Ever since moving to Japan it has been very difficult. While foreign men usually have it quite easy to find a (Japanese) partner, foreign (non-Asian) women don’t. Most of the foreign men in Japan are only interested in a Japanese partner and many Japanese men are too shy to approach or deal with a foreign woman.

I do have foreign friends who are married to Japanese guys, but it’s really rare. If you can’t live without being in a relationship, then Japan might be tough, especially if you live far away from the big cities like me.

I wish I could keep a pet again. Most apartments in Japan are not pet-friendly.

Last but not least I miss being able to buy shoes. My shoe size doesn’t exist in Japan - at least not for women shoes!

7.  What did you do to meet people and integrate in your new home?
I already knew a few Japanese people prior to moving. They used to live in Germany and that’s how I got to know them. I also got to know a lot of people through work and traveling. I guess I could have met even more people by joining some kind of community activity, but I never had enough time to do so.

Right after arriving I also became really serious about studying Japanese. I wanted to become (somewhat) fluent as soon as possible so that I would be able to do the daily things of life all by myself. That was a major step and helped me adapt much faster.

Beyond that it’s difficult to be fully integrated as a foreigner in Japan.

8. What custom/ habits do you find most strange about your adopted culture?
Nothing anymore. I got used to pretty much everything. Japan has some really weird things going on at times, but after some time almost nothing can shock you anymore.

However, when I first came here there were quite a few things I found strange.

“Oto-hime”, for example, which is a flushing sound that you can turn on when using the toilet and being too paranoid about making any noise that others could hear. Another thing is taking off your shoes almost EVERYWHERE when you want to enter.

I can remember that I also found the traffic lights pretty weird that suddenly played a melody or sounded like tweeting birds once the light changed to green.

9. What is a myth about your adopted country?
Although some people might not agree, but I’d say it’s a myth that Japan is a high-tech country. There are certain things in daily life that make you think that you life in medieval times such as very bad house insulation, the way garbage is taken care of or washing machines that are built to only use cold water.

If you ask me, it’s a myth that it’s not safe anymore to travel to Japan. After the great earthquake and tsunami in March 2011 so many people are worried. Many have cancelled their travel plans. However, Japan is just as safe as many other countries! As long as you don’t plan to go near the evacuation zone and stay there for a long time, there’s no problem!

I went to Tohoku (the region affected the most) this year to show the people how beautiful the area is, but also how much destruction the tsunami caused.

10. Is the cost of living higher or lower than the last country you lived in and how has that made a difference in your life?
All in all I’d say I have more money for my daily life to spend than back in Germany. The taxes in Germany are just ridiculously high! Rents are about the same unless we’re talking about Tokyo. In Japan, food can be expensive as well as clothes.

It doesn’t affect my life at all either way, apart from one thing: Medical care here in Japan is expensive compared to Germany. It is very cheap compared to America, though.

11. What advice would you give other expats?
Prior to coming you should get as much information as possible to know what you get yourself into. Once there be open-minded and accept the people and their customs as they are. Try new things and most importantly learn the language! It will make things much smoother.

There are so many people who stick to other foreigners instead of becoming friends with Japanese people. I’ve met people who couldn’t speak any Japanese after a decade of living here! What’s the point of living in Japan then?

Try to make the best out of your time, especially if you don’t plan to stay forever! Do things that you can only do in Japan and nowhere else! 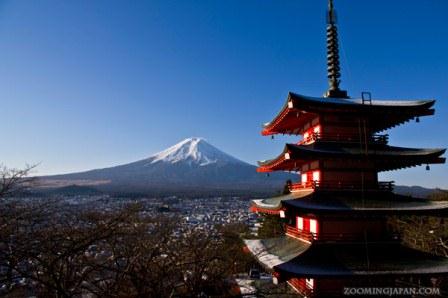 I started blogging in 2004. Back then it was about my life in general and my posts weren’t accessible for everybody, but only a few friends. Once I moved to Japan I mainly wrote about my life there and shared my travel photos. At some point my previous, private blog became too small for what I wanted to share and I decided to create a “real blog” where I would post solely about my life in Japan.

This new blog was created in 2011. The first post was published in November 2011.

I intend to share what I experienced in Japan ever since 2007 and also all the great places I travelled to as well as my future adventures in the “land of the rising sun”.