From Wisconsin to Prague to Nuremberg: Heather Goes to Deutschland 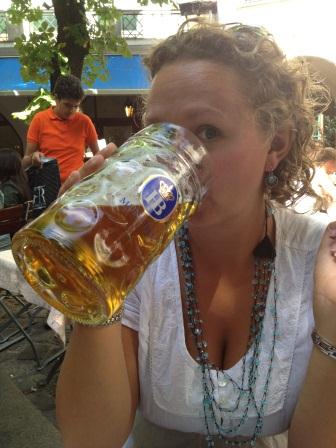 My name is Heather, I’m originally from a small town in Wisconsin, and I’m currently living in Nuremberg, Germany.

1. Why did you move abroad?
I moved to Prague, Czech Republic, in January 2009, in order to take a course to become a certified English teacher, and hopefully find a job in Prague or elsewhere.

2. How do you make a living?
Since taking a course to get my TEFL (Teaching English as a Foreign Language) certification, I have been working as an English teacher. I worked for 2.5 years in the Czech Republic, and have been living/working in Germany for the past year. While in Prague I worked with students from ages 3-50+, which was an interesting challenge in that I'd go from using puppets in one hour, to teaching business English the next. In Germany, I’ve primarily been teaching business and technical English in various international companies.

3. How often do you communicate with home and how?
Communicating with home is really no issue in Germany. I speak to at least one person every day, and am able to chat with my family on Skype every few weeks.

4. What's your favorite thing about being an expat in Nürnberg?
The best thing about living in Nuremberg is the balanced lifestyle I have. When I lived in Prague I was surrounded by people, and often went weeks without leaving the city. It was great because there was always something to do, but I need to see trees every once in a while! Nuremberg is still a city, but it’s much smaller and public transportation makes it so easy here to hop to another city for a weekend, or to get somewhere outside the city to enjoy the countryside.

5. What’s the worst thing about being an expat in Nürnberg?
Germans don’t know how to do Mexican food properly. But that’s not a Germany-specific problem, that’s a pretty general expat problem! If anyone knows of where you can get some decent Mexican food in Europe, please let me know!

6. What do you miss most?
Mexican food, Target, and of course, family and friends.

7. What did you do to meet people and integrate in your new home?
When I first got to Nuremberg, I signed up for a language-exchange program in the hopes of making some friends and learning some German. It was great because I actually had more people contacting me than I had time to meet with! I met a few good friends through that, and I still meet with them regularly, although I am a terrible student so most of the time we don’t speak a whole lot of German. I have also connected with a few people via the blogging world, so that has been nice as well.

8. What custom/ habits do you find most strange about your adopted culture?
If you go to a restaurant here for breakfast, you might find an option on the menu titled “Bavarian breakfast.” This might include some variation on a sausage-pretzel-something else combination, and will definitely include a wheat beer or Weizenbier. I usually don’t argue with beer, but something about seeing someone eat this before noon makes my American self go, “eesh. It’s a little early for that.”

9. What is a myth about your adopted country?
That they all like beer and pretzels. Oh wait…. Okay, well I’m sure some of them don’t like beer and pretzels. As for other myths, I’d say the biggest one is that Germans have no sense of humor. My students made me laugh all the time, and for the most part, were all very friendly, which went against stereotype as well.

10. Is the cost of living higher or lower than the last country you lived in and how has that made a difference in your life?
Prague was dirt cheap, and that’s a big part of its draw for expats. Beer is less than water there, so it’s pretty hard to argue with that. Compared to living in Prague, the cost of living is definitely higher here. But salaries are a lot more here, so it hasn’t made a huge difference in my lifestyle. I went from sharing an apartment with three other people, to my own place here for not that much more money, which I love.  I’ve also been able to do a lot more travelling since living here, so that has been great too.

11. What advice would you give other expats?
Throw your expectations out of the window. Some things will surprise you, some things will disappoint you, but there are positives and negatives to everything in life. There are a ton of outlets to get in touch with other expats, so if you’re missing home there is usually someone 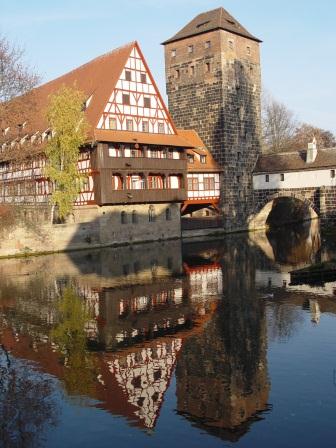 there to talk to. In Germany there are also a lot of options for different clubs, organizations, and meet-ups, so you’re sure to find something in common with someone somewhere! For me though, I think attitude is one of the biggest things. If you get down, and spend all your time in your house thinking about all the things you miss from home, then of course you’re going to have a bad time. Get out, find a way to meet people, and see if that changes your mind!

12. When and why did you start your blog?
I started it a long time ago, but really only started writing regularly when I was preparing to move to Prague. I wrote somewhat sporadically when I was living there, and then much more often when I came to Germany. This was mostly because I didn’t know anyone and needed an outlet! It’s a great way to keep in touch with friends, without having to write 10 page mass emails every few months!

More articles
Recent Developments for Filing U.S. Taxes as an Expat in 2022
For most Americans residing overseas, filing a U.S. tax return, if done right, is only a reporting exercise that ...
New visa for retirement in the UAE
The UAE government has over recent years introduced new types of visas to encourage expats to live in the region for ...
How to move to Singapore: a guide for expats
This article will explore everything you need to know about making the move to Singapore. ...
Quebec set to welcome more migrants to address its labour shortages
The Quebec government is making the immigration process easier to encourage more foreigners to settle in the Canadian ...
Dramatic fall of foreign students in the UK after Brexit
Two years have passed since Brexit and the start of the global Covid crisis. This seems like an excellent time to review ...