From Wisconsin to Chendu to New Delhi: Hot Pot

Hi, my name is Danielle, you can call me Dani.  I grew up in a very small, very safe, very boring Midwestern town that is most well-known for it’s NFL team.  The first time my husband visited, he asked me “Dani, why is there a church, a strip club, and a bar on every block?”  It gets very cold in Green Bay, Wisconsin.  People need things to do in the wintertime, I guess.

I don’t live anywhere near Wisconsin anymore.  In 2010, after living previously in Chennai, India and Washington, D.C. I moved to Chendu, China with my husband, Chris.  In 2012 we moved from China to New Delhi, India, bringing our 14 month old son, Will, with us.

1. Why did you move abroad?
The short version: my husband made me.

The long version:
I moved overseas for the first time after college to work in Chennai, India.  My job there didn’t work out, but the experience of living on my own in India made me realize that I wanted to spend more time living overseas.  I took a job back in the States that kept me traveling regularly back to India and to Kenya on one occasion.  I always thought I’d move abroad again for another job...it turns out I was right.  I did move overseas for a job, it just happens that it’s not technically mine.

3.5 years ago I was sitting in a meeting with my boss when my then-boyfriend came up and quickly rapped his knuckles on the glass of my boss’s office.  We both worked for Ashoka at the time, so this was not all that unusual.  What was unusual was the email he showed me after my meeting.  The U.S. Department of State had just invited him to join the Foreign Service.

This was his dream job.  That night, he asked me to marry and move across the world with him.  I said yes.  4 months later we tied the knot in our backyard, 8 months later we moved to Chengdu, China and soon after started our family.  Now, a few years later, we’re in New Delhi, India and loving it.

2. How do you make a living?
I currently make my living by staying home with our son, William, and being an especially nice wife to my husband who brings home the real paycheck. :) Working as a diplomat’s wife can be very tricky, especially in places like China, but I’m working now on putting together a freelance writing career that can travel with us to wherever we end up next.

3. How often do you communicate with home and how?
Before our son was born, we called home on Skype about once a week.  Now that we have Will though, we are all over the webcam.  The grandparents really miss their grandson and so we send a lot of emails and photos and chase Will around the house with my iphone camera for a Skype or Facetime video call at least 2 or 3 times a week.  Honestly, what did people do before the Internet?

Moving overseas for the first time alone is profoundly life shattering--in a good way.  You trade everything you think you know about yourself and the world for a swift kick of reality upside the proverbial head.  The shock of that experience tends to instill in most people a strange sort of affection and gratitude for the country in which it takes place.

Which is a very long way of saying that I love India--for reasons both mundanely personal and legitimately interesting.  India is loud, noisy, crowded, riotous with color and languages, and democratic in the strangest, most paradoxical of ways.  Indians are wonderful people.

While I enjoyed the challenge of trying to befriend people in China, it is really lovely to be back in India where people are quite genuinely friendly and tend to speak their minds a bit more freely.

Honestly, there are so many things to love about being an expat here.  The food is fantastic; you can hardly take a step in a city like Delhi without running into some 500-year-old historical site.  It’s a fairly easy place to travel, English is widely spoken, the shopping is mind-boggling and household help is very affordable.  Honestly, I can’t think of anywhere much better for an expat to be than here!

5. What’s the worst thing about being an expat in India?
I really like India but the women’s rights and equality issues here make my blood boil sometimes.  There are many, many wonderful, kind and respectful men here in India and there have been strong women in politics since Independence.  But the fact that there are still politicians who can say child marriages are important for preventing rape and that a man can tell me that I won’t understand my wireless router simply because I’m a woman--that drives me absolutely nuts.  Again, I know some absolutely fantastic men here in India, but I could also really do without the stares and the occasional grope from the less-than-fantastic ones.

6. What do you miss most?
Fall.  I love fall with the over-the-top sentimental passion of an overly-emotional 8th grader writing about her first love.  Basically, if you talk to me between the months of September and November, there’s a very good chance I’m somehow going to work mugs of apple cider and cozy sweaters into our conversation.  Oh and I also miss America’s clean, sweet, fresh air!

7. What did you do to meet people and integrate in your new home?
Having just arrived less than 2 months ago, I’m still working on this one.  My fool-proof strategy thus far though, here and in China, has simply been to smile and say hello to nearly every single person I meet.  And I do mean everybody.  So often the people we see the most of are people like security guards, sweeper women, vegetable vendors and our housekeepers.  Kindness begets kindness and the world is a whole lot less lonely when you’re on friendly terms with the people you see most often.

When it comes to meeting other people, master the art of warmly but casually introducing yourself to people you meet at newbie events or in social hot spots like a bar or (for the parent’s crowd) a kid’s playground and then following up with some sort of appropriate invitation.  I’m still a novice at this, but the secret to making friends quickly overseas is to be brave and take initiative.  There is no time to be coy or to play hard to get when you’re making new friends as an expat.  People who’ve been around for a while, no matter how nice they are, might not always think to invite a new person into their established group.  People who are new like you might be waiting for someone else to make the first move.  So if you want to join a book club or a playgroup or go for brunch with a bunch of people at a cool new restaurant, it’s best to organize things yourself with whomever you feel even remotely comfortable inviting.   If you sit and wait for someone else to come along and invite you into their group of friends, you’ll likely feel lonely and out of place for much, much longer.

8. What custom/ habits do you find most strange about your adopted culture?
Hmmm, everyone talks about the famous head-swivel, but I think the stranger thing is how verbose some Indian men can be.  Ask a question and it might be hours before you have a chance to get a word in edge-wise!  Especially for people coming from a US-style fast-paced work environment and used to “the man of few words” American male stereotype, the long (oh so long sometimes!) narratives in India can take some getting used to!

9. What is a myth about your adopted country?
That it’s all either poverty or tech start-ups.  There is a very well established upper class here that lives in a air-conditioned, convenient, incredibly pleasant version of India that is so drastically different from where the rest of the country lives.  When I was a poor college graduate living in Chennai, I couldn’t imagine sitting on a green manicured lawn or a sushi restaurant, or a boutique full of high-quality and expensive Indian-designed home furnishings.  These things exist here though, albeit for only a tiny sliver of the population.  I guess what I’m trying to say is that, with a certain amount of financial means and amenities, India is an incredibly easy place to live.

10. Is the cost of living higher or lower than the last country you lived in and how has that made a difference in your life?
I think the cost of living here is slightly higher than where we were out in the wild west of China.  Indian food costs are definitely higher, and so too is the availability of imported goods so our grocery bill has gone way up since moving here.  Additionally, there was no appealing shopping to speak of in Chengdu so we bought nothing but food and household essentials for two years.  That’s not true in India!

11. What advice would you give other expats?
*Push yourself to get out and explore your new surroundings as much as you can, but remember that there’s no need to always have a big itinerary or even a destination--sometimes the best, most rewarding experiences happen on a quick walk around a new part of town.

*No matter how much you love (or don’t love!) your adopted country in the beginning, you will likely hate it with a surprising passion about 4-6 months in.  This is normal.  It’s culture shock.  Remember that, this too, shall pass.  Get out of the country for a few days of vacation if you can, come back, and know that you’ll soon feel much better again.

*Be good to your household staff, if you live in a place where you have them.  Most of them are working for you to keep their kids in school and put food on the table for their families.  Hire good, honest people, be as clear as humanly possible about your expectations, and then treat them the way you would like to be treated at your own workplace.  Especially if you are a stay-at-home spouse, having a good 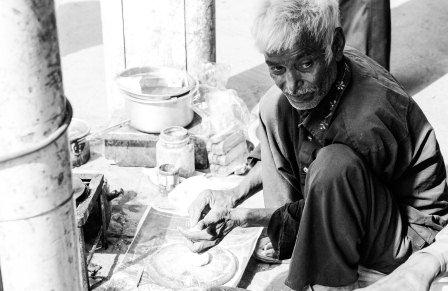 relationship with the people working for you will make your house a much more pleasant place to be.

12. When and why did you start your blog?
I originally started this blog in February of 2009 to document the cupcakes I was baking and the hikes my then-boyfriend and I were taking around the Washington D.C. mid-Atlantic area.  Haha!