From Canada to Mexico: Jay in Cancun 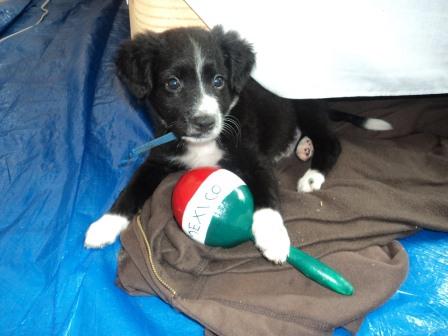 1. Why did you move abroad?
The weather in Toronto (my hometown) was slowly driving me mad. When it rains in Toronto, it turns grey and somber and rains all day. Hostel Kankun. It’s VERY "basic" accommodation, but if you’re in Cancun & spending more than a few waking hours a day in your room, you’re doing something wrong!

2. How do you make a living?
I run a website called anecdotage.com (25,000 funny stories about famous people). Working online means I can work anywhere there is a reliable wifi connection. I should add that the wifi here is fairly reliable, but the customer service is horrible. It took our internet company 5 weeks to install our modem!

3. How often do you communicate with home and how?
Google, Google, Google! Google video chat is reliable & free. I also use Google to make local calls. It’s about 50% cheaper than Skype.

One funny story: The country code here is 52, many numbers in Cancun start with 998, and you need to add a 1 if it’s a mobile phone. So if you’re using google, you usually end up dialing 011-521-998... Early on, I made the mistake of reversing the numbers and dialing 011-998-521... Now I can proudly say that, if ever I feel inclined to randomly dial one of Borat’s neighbors in Uzbekistan (after a late night out, for example), I can do that without having to look up a country code!

Btw, I don’t remember who I was trying to call but I do remember the gist of the "conversation." I was using google to translate my request into Spanish and my Spanish was so bad that it took me a minute to realize that I wasn’t actually conversing with a Mexican! I was a Canadian in Mexico, speaking broken Spanish to a confused villager in Uzbekistan. God only knows who he thought was calling...

4. What's your favorite thing about being an expat in Cancun?
Cancun is an interesting city and being an expat here makes like even more interesting. I love meeting & advising other tourists. And being a foreigner has its advantages. It’s easier, eg, for someone who looks like a tourist to access some of the beaches (by discreetly walking through a hotel lobby). Also, corrupt police are less likely to hassle foreigners, though I have heard stories of tourists being lured into an alley & relieved of the trouble of carrying their cell phones, even in the Hotel Zone.

5. What’s the worst thing about being an expat in Cancun?
Not speaking the language makes for some challenging situations. And I’ve heard that single females can expect more “unwanted attention” than locals in Mexico.

6. What do you miss most?
Snow at Xmas & ice for hockey! There is no ice in Cancun. Jen & I went to see a performance of "Moscow on Ice." I briefly thought they might have a refrigerated ice pad. It was certainly small enough but, of course, it was artificial. Btw, the experience of being a Canadian in Mexico watching Russians wobbling around on plastic "ice" was quite amusing.

7. What did you do to meet people and integrate in your new home?
Nothing special. It’s easy to meet people here, if you’re open to it. An extrovert who spends one day at the central park (Palapas) could easily make 50 new friends. And an interesting assortment they would be!

8. What custom/ habits do you find most strange about your adopted culture?
It’s the million little things. Lots of strange foods, milk in a box, but no frozen OJ here. There are very few bicycles here (locals either walk or drive). And the government inefficiency is baffling. I blogged about the team that cut the grass in the park the other day... for two hours.

9. What is a myth about your adopted country?
That it isn’t safe for tourists to travel "in Mexico", which is like saying it’s unsafe "in America." Use common sense & know which spots to avoid (in Cancun, stay south of Lopez Portillo, especially at night) & you’ll be fine. It reminds me of a story I posted on my site recently:

On April 14, 2004, Ewan McGregor and his friend Charley Boorman left London and embarked upon a 20,000-mile motorcycle journey (chronicled in their seven episode series "Long Way Round"). On July 29th, they arrived in New York, having passed through Europe, Ukraine, Russia, Kazakhstan, Mongolia, Siberia, Alaska, and Canada, often forging their own roads in virtually uninhabited wilderness. Along the way, the intrepid travelers encountered paparazzi in Kazakhstan, Kalashnikov-toting gangsters in the Ukraine, risky food (including bull's testicles in Mongolia), and a hungry grizzly bear. Before leaving, Ewan and Charley had asked a former SAS officer which leg of their adventure presented the most potential danger. Without hesitation, he looked at the map, and pointed at the United States.

10. Is the cost of living higher or lower than the last country you lived in and how has that made a difference in your life?
I’d say the cost of living a similar (middle class) lifestyle is 20-30% lower here than in Toronto. But if you’re a smart traveler on a budget, you can get by on much, much less. I recently blogged about some of the crazy prices I’ve seen here.

Housing is also cheaper here. We live in a decent area downtown & share a house for $300/month.

11. What advice would you give other expats?
Be patient. Life moves at a slower pace here. And don’t get angry when things go wrong. Some things (and some Mexicans) will annoy you. Try to think of it as a "tourist experience" and enjoy it!

12. When and why did you start your blog?
I started my blog as soon as I got to Mexico...

I was excited to start documenting & sharing my adventures with other people!