Incumbent US President Barack Obama has won his bid for re-election and will be President of the United States of America for 4 more years.

Like many people living outside of America, I sided with the democratic candidate and intently watched the campaign from abroad. Facebook, Twitter, and day-to-day transactions were littered with talk of the election. Germans eagerly asked us our opinion of who we thought would win. We shared anxieties and - as usual - the German community impressed us with occasionally knowing more about the system then we did. But the difference between their anxieties and mine is that I could play a part in the decision - I could vote. 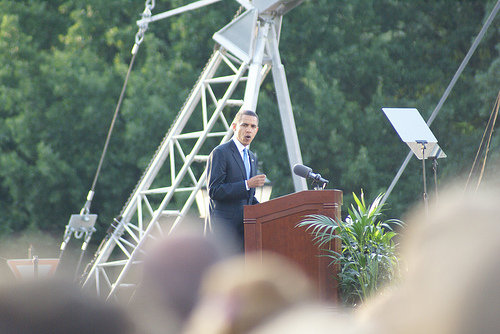 Just over 4 years ago, Obama came to Berlin as a Senator from Illinois and presidential hopeful. In a city that remembers Kennedy's 1963 iconic speech with such reverence (there is a Kennedy museum next to Brandenburger Tor & "Ich bin ein Berliner" can be found on just about anything), the speech was sure to be magic. Along with 100,000 people we gathered at the siegessäule (victory column) to hear his message of hope.

For this election cycle, I was more cynical. Weren't we all? Campaign promises had gone unfulfilled and the long, media packed-road to the White House can wear anyone out. Even moving abroad doesn't save you from the daily avalanche of campaign ads, debates and bickering.

The day of the election we found ourselves needing to do something, to be part of this election that has such an impact on all of our lives. Berlin delivered with a private party mix of American and German, and even a Swiss and Argentinian. CNN announced the votes as they came in and our American host re-educated us on the Electoral College. Germans patiently listened to the explanation and tried to accept the absurdities of the American system. 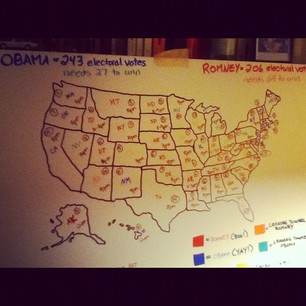 We left in the early morning hours with the counts looking good for president Obama, but no firm decision yet. We were surprised to wake up scant hours later to a triumphant Obama and a concession speech already delivered from Mitt Romney. Months of pressure that had compressed the last few days were released. Hope flooded back in and expats excitedly shared in the victory. It felt as if all that cynicism had fallen away...even if just for a little while.

It is always important to examine your government with a critical eye. But politics can be so embittering, I felt bone-tired of talking about the election by the time the day arrived. But the day after, the afterglow of a successful campaign was still washing over me and I had one of best days in Berlin. 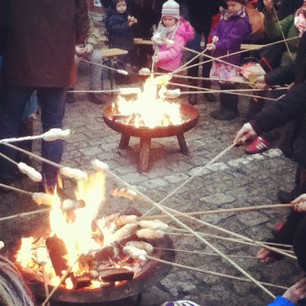 I joined my husband at the kita (pre-school) where he teaches to watch the kids celebrate Martinstag (St. Martin's Day). Children wandered the school yard with colorful lanterns powered by little battery lights and cooked bread by stick over the fire. We walked with the kids in a Laternenumzug (Lantern Pageant) and Berlin was lit with their singing. On our way home, we grabbed a beer with friends in a bar decorated in fur, than ate dinner at a tiny Japanese Ramen bar. As we finally approached home, I felt the positive radiance of a happy, multi-cultural life. The election isn't going to change everything, but to feel active and engaged in the world around me is a gift. I'll try to hold onto my hope...at least for a little while.

Perceptions on Political Awarness as an Expat