The Strange New Winner of the Nobel Peace Prize 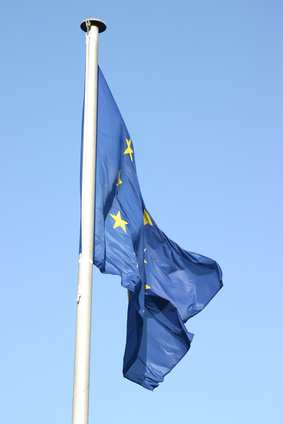 The Nobel Peace Prize is an illustrious achievement, awarded annually to those who have "done the most or the best work for fraternity between nations, for the abolition or reduction of standing armies and for the holding and promotion of peace congresses". It is one of the five Nobel Prizes (Chemistry, Physics, Physiology or Medicine, and Literature) bequeathed by the Swedish industrialist and inventor Alfred Nobel. Per Alfred Nobel's will, the recipient is selected by the Norwegian Nobel Committee, a 5-member committee appointed by the Parliament of Norway. Due to its political nature, the Nobel Peace Prize is often controversial.

Such is the case with this years winner: The European Union. The choice seems to be a universal surprise, much like US President Obama's 2009 unexpected win.

Talked about around the world, coverage has ranged from

Gawker's This Is, in Many Ways, the Wackest Nobel Peace Prize Ever:
"Therefore it should be awarded to a person (A PERSON) representing a cause (a GOOD cause) that will greatly benefit from all the attention, or who will have a lifetime of struggle against oppression vindicated by such an award."

NPR's Nelson Mandela, Mother Teresa, And Now The EU?:
"So the European Union was not on your short list of candidates. It was not on - I don't think - many people's, that I read and, with all the protests earlier this year against President Vladimir Putin, I know that you thought this might be the year that the Nobel Peace Prize Committee focused on Russia.
How much of a surprise was this choice?"

However, many supporters have defended the decision. The prize is a morale booster in a time of uncertainty for the European Union. Thorbjorn Jagland, the chairman of the Norwegian Nobel Committee, has said that is exactly what the Nobel Committee intended. He mentioned France and Germany, which fought three wars in the space of 70 years.

"Today, war between Germany and France is unthinkable...Historic enemies can become close partners."

"The Nobel Peace Prize committee, and in fact, the international community are now sending a very important message to Europe: that the European Union is something very precious; that we should cherish it for the good of Europeans and indeed for the good of all the world".

Winners of the Last 10 Years: