From Florida to the Netherlands: A Flamingo in Utrecht 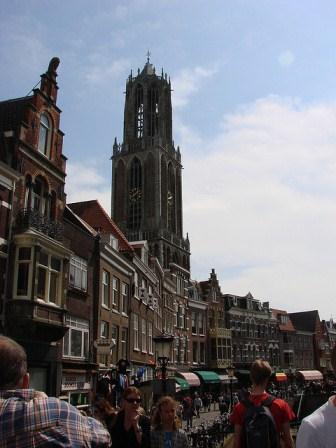 My name is Alison and I’m a native Floridian. However, I moved to North Carolina at the age of 16, beginning my experience of leaving behind everything I know and having to learn to adjust. Since then, I’ve moved to New Orleans, New York City, and now I live in the Netherlands. I seem to have an affinity for places names related to the letter N.

1. Why did you move abroad?
My boyfriend had his own business dealing with European clients and it made more sense to be here, rather than for him to travel for weeks at a time multiple times a year. We decided on the Netherlands, despite the fact that he’s originally from Italy, because it’s a convenient location for doing business in Europe.

2. How do you make a living?
I had worked as the editor-in-chief of a trade magazine in the US, so I’m trying to now develop a freelance writing and editing career. It’s easier said than done sometimes, because I’m used to doing the hiring, not having to convince someone to hire me.

3. How often do you communicate with home and how?
Having moved a lot over the years, and with friends who have moved quite a bit as well, I’m used to inconsistent communication. Fortunately, with email, Twitter, and Facebook, I can keep in touch with friends more easily, if not quite as intimately. I keep in touch with my parents through phone calls and email, although nowhere near as often as I should. Sorry mum!

4. What's your favorite thing about being an expat in Utrecht?
I love the rich history that permeates the city. From random store facades built by Gerrit Rietveld to the artistic installations that mark the perimeters of the ancient Roman fort that once stood in the center of the city, there’s always something new to learn about and appreciate. Utrecht has 2000 years of history, yet it’s still an incredibly vibrant, creative city.

5. What’s the worst thing about being an expat in Utrecht?
I love it here, so I’m not usually one to complain. Plus, if there weren’t differences between cities and countries, what would be the point of travel. That said, I miss the massive grocery stores in the US, where I can find just about anything I want in one place. Here, even the basics can be hard to come by if you don’t time the grocery store visit correctly. Oddly enough, there’s not a lot of choice for affordable fresh seafood, either, despite being a coastal country.

6. What do you miss most?
I miss being able to speak easily with anyone I meet. I was never particularly outgoing, but as I got older, I became more comfortable speaking with strangers. Now I have days where I dread an unexpected conversation because of my own difficulties with the language.

7. What did you do to meet people and integrate in your new home?
We were lucky to become friends with the couple from whom we bought our house, and they introduced us to some of their friends. That has gone a long way to helping us understand the Dutch concept of gezelligheid. Difficult to translate, it can mean coziness or togetherness. Drinks and laughs on a terrace at your favorite café with good friends is gezellig. I’ve met other people, both locals and expats, through my blog, Twitter, and various expat groups.

8. What custom/ habits do you find most strange about your adopted culture?
It’s not strange, particularly when you consider the weather we get, but it always makes me smile to see everyone head outdoors the moment the sun comes out. The winters can be cold and dreary, and even the summers can be wet and depressing sometimes, so the first hint of sunshine seeing everyone throwing open windows and doors, setting up chairs anywhere there’s sun – even a single chair on the sidewalk – and heading to the terraces of every café in town.

9. What is a myth about your adopted country?
It’s not all pot and prostitutes. Red-light districts and coffee shops do exist, but it’s often the tourists who visit the coffee shops the most. However, perhaps the bigger myth is that these things can only be found in Amsterdam. Any good-sized city is going to have all of the “attractions” of Amsterdam, but without as many tourists!

10. Is the cost of living higher or lower than the last country you lived in and how has that made a difference in your life?
Overall, it’s slightly more expensive here than in the US, although I tended to buy a lot of staple clothing pieces at Old Navy, so it’s all a matter of perspective and where you spend your money. I do think that some food items are cheaper here, particularly vegetables, thanks to the Dutch greenhouses, but some foods in the expat shops are prohibitively expensive. I’ll be roasting my own pumpkin for pie from now on, rather than buying a can of Libby’s! Good beer is certainly cheaper here, though!

11. What advice would you give other expats?
I know the adjustment can be difficult sometimes, but I think it’s important to recognize that there’s no one way to do anything, there are simply differences. The more you look for the differences, particularly in a negative light, the more you’re going to keep finding things you don’t like. Not only do you make yourself unhappy, you make others around you unhappy. Make the most of the experience and stop trying to compare it to your country of origin. 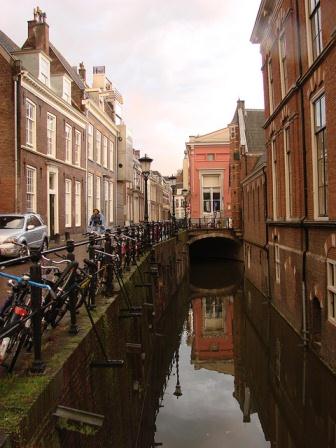 12. When and why did you start your blog?
I started my blog in 2008, pretty much the first week I was here. It was an easy way to keep family and friends up to date on what I was experiencing. It has since become a way for me to document my exploration of Utrecht and share all the fascinating history, art, architecture and culture that makes up this beautiful city. It’s a fun way to connect with other expats and it’s a fascinating way to get to know locals and former locals. I get a kick out of hearing from people who used to live in Utrecht who like to revisit their former home through my words and photos.

Alison's blog, A Flamingo in Utrecht