From Cincinnati to Czech Republic to Switzerland to Kuala Lumpur: Katie Not in Prague 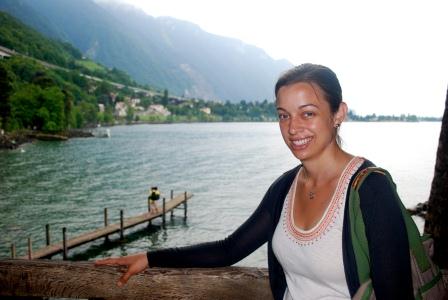 My name is Katie and I’m originally from Cincinnati, Ohio. After living in the Czech Republic and Switzerland, we moved to Kuala Lumpur a year ago.

1. Why did you move abroad?
I studied abroad in Prague during college, which is where I met the guy I ended up marrying. We moved back to the US and life went on until he was offered a job in Prague in early 2008. Because Prague holds a lot of good memories for us and we had a built-in social network there we were more than happy to move back. As the recession hit and cuts started to be made at his company he saw the writing on the wall and began looking for another job. He found one at a fantastic company that took us to Geneva. Two years after that the husband was asked to do an international assignment in Kuala Lumpur, which is where we are now.

2. How do you make a living?
I’m a lawyer by trade but in Malaysia accompanying spouses don’t get work visas. The laws have recently changed making it easier for me to get a work permit, but at the moment we’re not sure how much longer we’ll be in KL so it doesn’t make sense to go through the hoops of finding a job and getting my status changed.

3. How often do you communicate with home and how?
I’m not sure how people lived abroad in the world before the internet. I’m in almost constant communication with home, be it through games on my phone or Facebook. I use FaceTime or Skype pretty regularly, although it’s pretty cheap to call the US from cell phone so I do that quite often as well.

4. What's your favorite thing about being an expat in Kuala Lumpur?
I’m not sure I can pick one favorite thing. The food is inexpensive and never ceases to amaze. KL is perfectly situated within Southeast Asia for travel. Places that would be a two-week, once in a lifetime, dream vacation coming from the US are easy to get to for a weekend away. The weather is constant and predictable and I can swim in my building’s pool 365 days of the year. I could probably continue on listing favorite things longer than anyone will care to read because KL is a great place to live.

5. What’s the worst thing about being an expat in Kuala Lumpur?
Occasionally we get a thick smoky haze hanging over the city from forest fires burning on Sumatra. It makes it hard to breathe and greatly reduces visibility until it rains or the wind changes. That is pretty much all I have to complain about, which means life isn’t all that bad.

6. What do you miss most?
My family. It’s a lot more difficult to get to the US from Asia than it was from Europe and my nieces and nephew are at an age where not seeing them for a year means missing out on a lot in their lives. Skype and FaceTime help, but it’s not the same as being able to spend time with them.

7. What did you do to meet people and integrate in your new home?
KL has a massive expat community so expat organizations and women’s groups abound. There is something for everyone. To be honest I sort of fell into it. For me it was a matter of meeting one or two people who then introduced me to their friends who in turn asked if I played tennis/golf/wanted to volunteer with X,Y, or Z and was I free for lunch the following week.

8. What custom/ habits do you find most strange about your adopted culture?
This isn’t a custom or a habit, but it is the only thing I really found to be odd. The first time I ever set foot in Asia was on our house-hunting trip to KL. I haven’t exactly led a sheltered life but somehow I made it to that point without realizing that there is such a thing as an Asian toilet. I was shocked to open a stall door at a brand new shopping mall only to be met by a hole in the ground. I’m still not 100% sure how you’re supposed to use them if you’re wearing trousers and avoid them if at all possible.

9. What is a myth about your adopted country?
Despite government sponsored commercials stating otherwise, it’s not the perfect multiracial society. There is an ethnic preference and the system is set up to favor it.

10. Is the cost of living higher or lower than the last country you lived in and how has that made a difference in your life?
We came to KL from Geneva. For the first month we were in Malaysia I went through a sort of reverse sticker shock with how inexpensive everything was and I talked about how little something like a meal out cost for days after the fact. There are a few things like alcohol and foreign cars that are heavily taxed in Malaysia and therefore cost more than they would in Switzerland, but overall the cost of living in KL is much lower.

The difference in cost of living has had an impact on our lives in that we now do more things outside of our home. In Geneva we ate at home most nights and more often than not socialized with friends over a meal at someone’s apartment or a makeshift picnic and bottle of wine down by the lake. In KL we eat out more often than not and hardly ever entertain at home. We’re also able to travel a lot more. 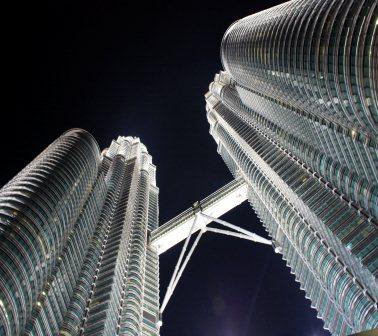 11. What advice would you give other expats?
Don’t make comparisons. Your new home isn’t going to be like your old one and if you expect it to be you’ll be setting yourself up for a miserable time. Enjoy where you are, but at the same time realize that you’re not living on a holiday and it’s normal to go through some rough patches. Not absolutely loving every second of every day doesn’t make you a failure, it makes you normal.

12. When and why did you start your blog?
I started keeping my blog a few months after we moved to Prague in order to keep friends and family up to date with what was going on in our lives and it’s grown from there.

Katie's blog, Katie Not in Prague