From New York City to Moscow: Impressions of an Expat 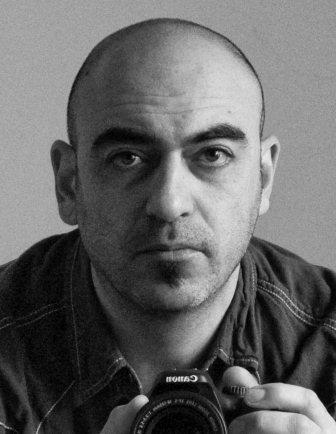 1. Why did you move abroad?
I am an involuntary expat, as my daughter was kidnapped from the USA to Russia when she was two. That was five years ago. I could not imagine being separated from her, so life for the foreseeable future is in Moscow.

2. How do you make a living?
I run an International creative agency and design studio out of the USA, where I had worked for about twenty years. Every job is different. Every client is different. I work in about 14 time zones, and never know what people are going to ask me to create – one day a viral film, the next a children’s toy.

3. How often do you communicate with home and how?
I keep in daily contact with friends and colleagues, primarily in NYC where I am from. Even the simplest social networks – like instagram, keep me feeling connected. Just seeing my friend’s 4th of July snapshots give me a real sense of peace. Most everyone I know follows my weekly blog posts, which keeps them aware of our latest struggles and triumphs. It is a two-way street.

4. What's your favorite thing about being an expat in Moscow?
As I do not live here by choice, I do have a knack for fixating on the worst things in Moscow, and sometimes it is overwhelming. My favorite thing about Moscow is when people are honest and sincere, which is a rare experience for me here. This is a very fierce country, where everyone is looking over their shoulder, prepared for an attack or a scam of some kind.

5. What’s the worst thing about being an expat in Moscow?
The incredible lack of laws, legislation or offices to deal with children of divorced parents is inexcusable. The cost of living in relationship to the quality of living in Moscow is appalling. The lack of quality ingredients and healthy food makes me quite upset. (Finding dark greens, especially in winter is exhausting.) And as for a six-month winter, well that speaks for itself.

6. What do you miss most?
I miss going to a reasonably priced restaurant in NYC and having an outstanding meal. It just never happens here, even at twice the cost. I miss the energy of New York, the challenge of making a life there and the rewards of accomplishing it. In Moscow, I just feel like we survive. In New York, I feel like I succeed.

7. What did you do to meet people and integrate in your new home?
I work so many hours, and am a single dad so I cannot socialize as much as I would like to. I do meet other parents, and with our children as a connection, we spend time together.

8. What custom/ habits do you find most strange about your adopted culture?
Lying, and deception are encouraged here. Being honest makes you look foolish here. If you smile in the street in Moscow, people think you are either drunk, or an idiot. People look at you and try to imagine what your agenda is, what schemes you have, when you have none. Foreigners are wonderful, if they have money to spend, but are seen as threatening and scary if we are on the playground, speaking English with our child.

9. What is a myth about your adopted country?
There are no bears in the street. Plenty of people (especially the younger generations) do not drink at all, definitely not to excess.

11. What advice would you give other expats?
Be prepared for some rough times, disturbing moments and a lot of doubt. You are going to be challenged in ways you cannot imagine. 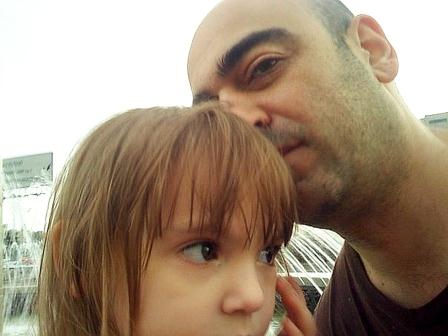 12. When and why did you start your blog?
I started Impressions of an Expat in the Spring of 2009. I post every Monday, and have followers from over 100 countries. I started the blog out of desperation, as I could not find the time to write my second book (I am a published author). The hour a week I carved out led to posts that were raw, and visceral. It started small, and timid and grew into something redemptive. If my ex-wife gets me dragged into the police station, I write about it. If my daughter has nightmares, I write about it. If we have a wonderful afternoon, I write about that too.

Marco's blog, Impressions of an Expat