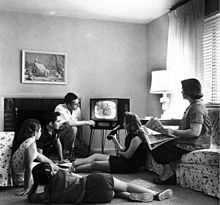 I've been hearing something from across the ocean. On Facebook and Twitter, from friends and family, from the news and the gossip columns...

This familiar complaint has come up at practically every Olympics, which makes it no less frustrating. The TV monopoly, delayed showings, heavy focus on American events, and issues with even online showings has had the populace particularly livid. A recent Gallup poll only made official what most people have been feeling,

Most Americans (59 percent) would prefer that NBC air the Olympics live on TV and again during prime time; just 12 percent would prefer solely tape-delayed TV coverage.

The poll correlates with NBC’s research showing that most people who had heard about results during the day still planned to watch the prime-time broadcast that evening, and that people who watched events live were twice as likely to watch some of the same events again that night.

To illuminate another issue, the sports site - Deadspin - broke down how much NBC's primetime coverage mentioned USA versus any other country.

Countries, by number of mentions (on August 6):

That's a steep drop off. It gets worse if you examine the numbers cumulatively.

This doesn't even take into account countries like France with 28 medals (but only 67 mentions) or Japan with 29 medals (and 61 mentions). It's even more ludicrous with Jamaica receiving 68 mentions and only 4 medals (as of August 6th). In an international event that is supposed to set the stage for fair competition, these numbers do seem off. Then again, this is just media, not what counts...right? 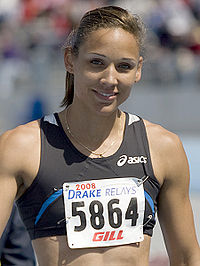 Not in the case of American athlete Lolo Jones, also known as the "Virgin Hurdler". The story around her has been so great, it even outshone her fellow American competitors who successfully medaled in the 100 meter hurdle. Silver and bronze winners, Dawn Harper and Kellie Wells respectively, were overlooked by the popular "Today" show. Miss Jones tearfully appeared on the show the day after their win.

While these lapses in judgment are rarely the athlete's fault, the American public appears fed-up with the numerous missteps in coverage. The only comfort I can offer is that coverage appears frustrating around the world.

What we learned about watching the Olympics in Germany:

The advent of online viewing has offered some relief, but an event this big with this much money involved, it is invariably complicated. Nonetheless, I've loved watching the games. As they come to a close, I've curled up on the couch in the evening cheering on the Americans, the Germans, and every exceptional athlete in between. If you can get past the money, the media, and the misdirection, there are few things better than seeing someone accomplish their dreams.

How have you found the Games? If you've had trouble watching, share your tips in the comments section.
Category:
Lifestyle