From Ontario to Sardinia: My Sardinian Life 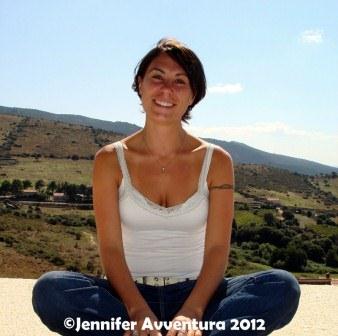 My name is Jennifer Avventura. Jennifer is my birth name and Avventura is a pen name. I come from the Niagara Region, Ontario, Canada and now live in the Gallura, Sardinia, Italy.

1. Why did you move abroad?
I first moved abroad when I was twenty years old. I spent a year backpacking around Australia. After hanging with the kangaroos and surfers I moved to St. Helier, Jersey, UK where I worked in an uber fine dining establishment. I spent a few years back in Canada then hightailed it to Grand Cayman, Cayman Islands for two years and again, I worked at an uber fine dining establishment. After Cayman I spent eight years in Canada and that’s when Sardinia called.

2. How do you make a living?
I’ve been working in the food and beverage sector twenty-three years. I’ve bartended, managed, served, done dishes and washed toilets and floors. I am currently working in an uber fine four-star hotel in Sardinia, Italy.

3. How often do you communicate with home and how?
I speak with my loved ones in Canada at least once a week either through Skype, Facebook or e-mail. Technology is an amazing creation.

4. What's your favorite thing about being an expat in Sardinia?
The beach and island life. Sardinia is surrounded by water, and is an island off the coast of Tuscany. The coastline stretches ones imagination and the interior leaves one guessing. It’s a captivating, mysterious forgotten island; smack dap in the middle of the Mediterranean.

5. What’s the worst thing about being an expat in Sardinia?
Having to learn two languages is the most difficult thing about living in Sardinia. There are over 200 different dialects on the island. Most Sardinians speak Italian, but in the home the local dialect is spoken. In my town everyone speaks Gallurese, even in the local commune (town hall).

6. What do you miss most?
My family, friends and my cat Buddha.

7. What did you do to meet people and integrate in your new home?
I studied Italian and did my shopping at the local supermarket in hopes to pick up the deli girl. I asked her out for coffee for a year, she always said no. Sardinians are wary of outsiders coming into their personal life, but my persistence paid off and now we are best friends, she was even my maid of honour.

8. What custom/ habits do you find most strange about your adopted culture?
It was really strange for me to walk into the supermarket and great everyone in the store with a ‘buongiorno’ or ‘buonasera’. In Canada this would never happen, we are just too big! Here in a small mountain town is very normal to enter a shop and greet whoever is working.

9. What is a myth about your adopted country?
The Nuragic civilization which developed between the Bronze Age and Iron Age (1500-500 BC) is surrounded in mystery and myth. I find it highly fascinating and have slowly investigated this silent society.

10. Is the cost of living higher or lower than the last country you lived in and how has that made a difference in your life?
The cost of living is out of this world in Sardinia. Gas is €1.79 a liter (and it’s just gone down .10c!). 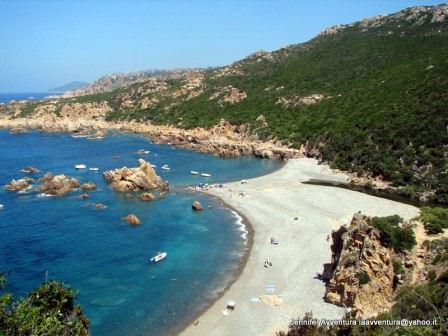 Just do it! Learn the language and make your life an adventure.

12. When and why did you start your blog?
I started my blog as an outlet for my writing in November 2010. I wanted to share with the world the fascinating and sometimes complex life in Sardinia, Italy. At first I didn’t think anyone but my Mother would read it, but slowly my readership has increased and I’ve even been offered a few writing contracts!